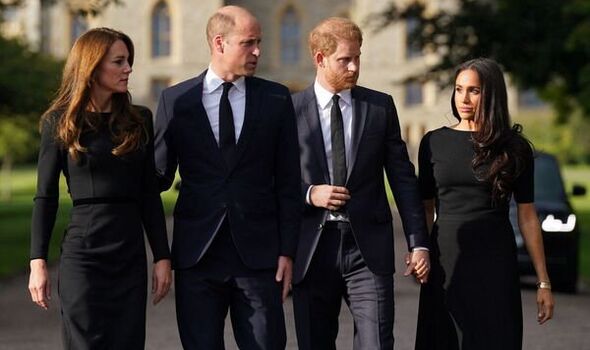 In an extraordinary show of unity, Prince William and Prince Harry stunned onlookers as they stepped out together to meet well-wishers gathered at the gates of Windsor Castle. 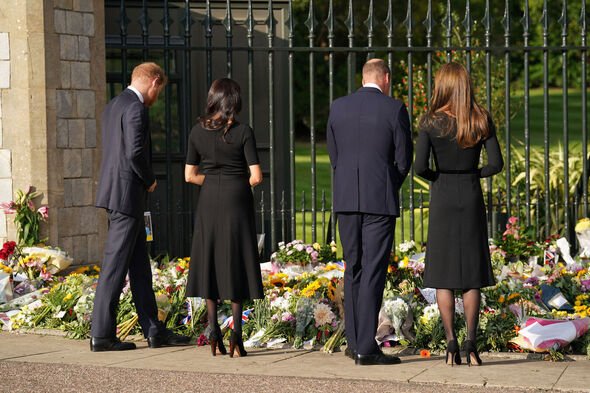 They were accompanied by their wives, the Duchess of Cornwall and Cambridge and Meghan, Duchess of Sussex.

The now united family looked at the floral tributes left for the Queen following her death on Thursday before chatting with the gathered crowd.

It proved to be a powerful symbol of unity at a time of great loss both for the Royal Family and the nation.

According to a source, Prince William invited the Sussexes to take part in the impromptu walkabout. That act is being seen as “an olive branch” offered by the older brother.

The Duke and Duchess of Sussex joined the new Prince and Princess of Wales as they thanked the crowds who had queued all day to pay their respects to their beloved grandmother.

Over the past year, there has been much speculation over the state of the brothers’ relationship, following a number of explosive interviews by Meghan and Harry, which went as far as accusing anunnamed member of the family of making racist remarks.

The 40-minute walkabout marked the first time William and Kate have been joined by Harry and Meghan in public for more than two years. The crowd broke out into applause as the couples approached members of the public and spoke to them.

There was little interaction between the two princes, although at one point William pointed out one particular tribute to his younger sibling.

Onlookers had expected to see just William and Kate, but they were left speechless as Harry and Meghan stepped from the chauffeur-driven Range Rover at the castle’s gates.

The last time they were all seen together was Commonwealth Day on March 9, 2020. The last time William was joined in public by his brother at Windsor Castle was at the funeral of the Duke of Edinburgh in April last year.

A royal source last night said: “The Prince of Wales invited the Duke and Duchess to join him and the Princess of Wales earlier.”

The foursome left together in the same car. Royal author Margaret Holder said: “It’s a good sign that the Queen’s death has brought them to their senses. It also shows William is beginning to take charge.” 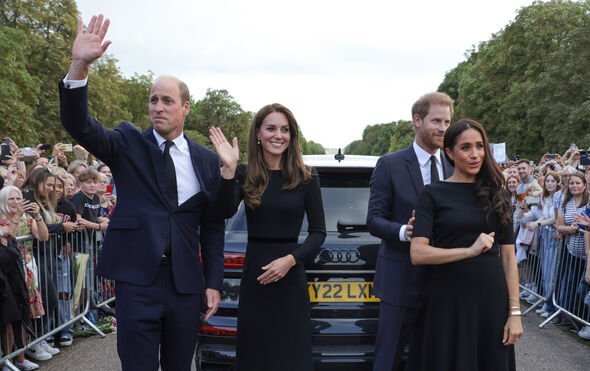 Former BBC royal correspondent Michael Cole said: “Family funerals are often the catalyst of reconciliations. This was an important first step to mending the fences that have been badly damaged between the two royal brothers.”

Banita Ranow, 28, was among the crowd on the Long Walk, and said Kate was “welling up” as she spoke to them.

Her mother Baljinder Ranow, 64, spoke of her surprise at seeing the two brothers, adding: “I felt the Queen would have loved it. I hope they remain like that.”

Tina Ward, 60, said: “It’s really nice to see the family united in grief. It’s a shame it’s in grief but it’s nice that they’ve come together.”

Amanda Goldsmith from West Byfleet shook both William and Kate’s hands and said: “I told them I was sorry for their loss and she said ‘it’s just not the same at the castle without the Queen’.

“William said all the flowers and cards left by children are just amazing.”

Two teenagers arrested in connection with murder of Lyra McKee