Queen has 'passed on royal wisdom to William' says Witchell

Following the tragic death of the beloved Queen Elizabeth II last week, Prince William, Duke of Cornwall and Cambridge has been made the new Prince of Wales. His father, King Charles III, announced William and his wife Kate, Duchess of Cambridge would take on the titles of Prince and Princess of Wales. Addressing the nation on Friday, Charles said: “Today, I am proud to create him Prince of Wales, Tywysog Cymru, the country whose title I have been so greatly privileged to bear during so much of my life and duty.

The Duke shared many similarities with the Queen when it came to causes close to their heart, which, one royal expert believes, will stand William in good stead as he takes on his new role and when it comes time for him to take over from King Charles.

Speaking to crowds at Buckingham Palace at the time of the Platinum Jubilee, William reflected on some of his grandmother’s public comments about the environment throughout her reign.

He said: “It’s my firm hope that my grandmother’s words are as true in seventy years’ time as they are tonight that as nations we come together in common cause, because then there is always room for hope.”

The prince – who in 2021 founded the Earthshot Prize to come up with 50 solutions across a decade to help the environment – shares his grandmother’s passion and stressed the “pressing need to protect and restore our planet”. 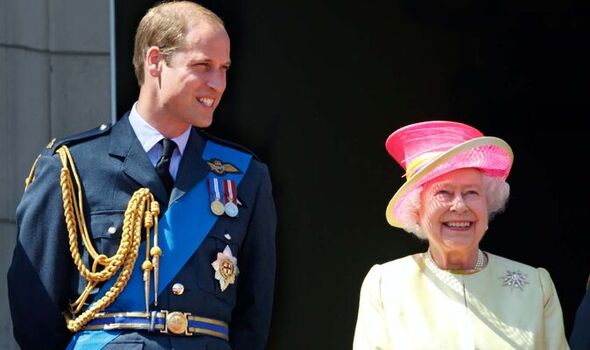 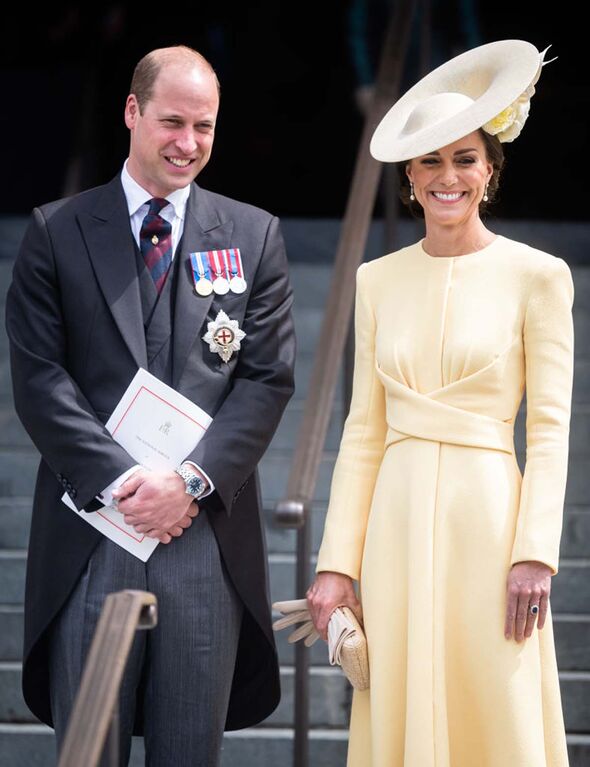 He added that environmental issues are at the “top of the global agenda,” but also said he shares the monarch’s “optimism.”

Howard Hodgson, author of ‘Charles – The Man Who Will Be King’, told Express.co.uk: “[William] is built from the Queen’s mould, in that he is much less controversial than his father and while he knows what he believes in, he also knows that he cannot shoot from the foot.

“William will know when and how to be discreet – much like his grandmother.”

Unlike the Queen – who was thrust into life on the throne aged just 26 – William has had plenty of years to prepare for his future role.

In what has been described as a “monarch apprenticeship”, the prince has been able to learn from the expertise of his grandmother.

Since his teenage years, the duke has had regular meetings with the Queen at Windsor Castle, during which the pair would go through the famous red state boxes that make up much of the monarch’s working day. 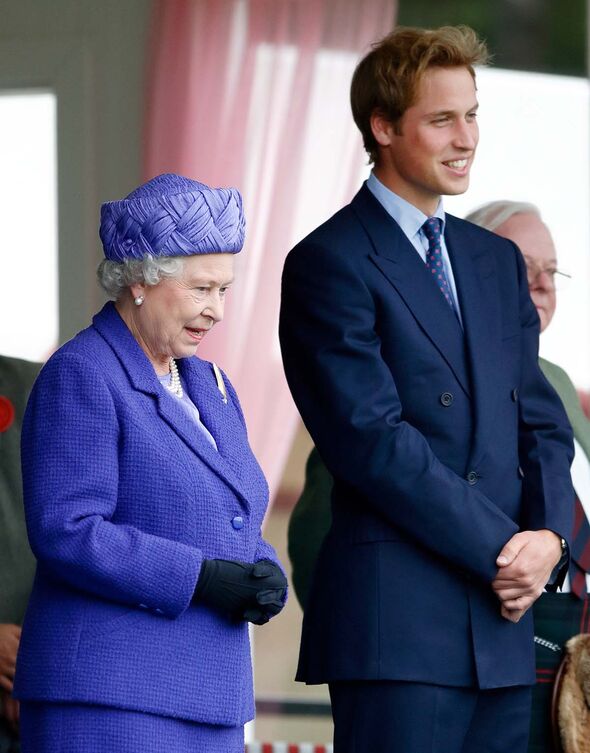 Robert Lacey, a royal author and historian who acts as a historical consultant for the popular Netflix series The Crown, told Elle magazine in 2021: “He’s taken lessons from his grandmother, and this is something of a patent in the Royal Family.

“In the same way, William looks to his grandmother, Elizabeth II.

“William has been much more influenced by his grandmother than he ever has been by his father.” 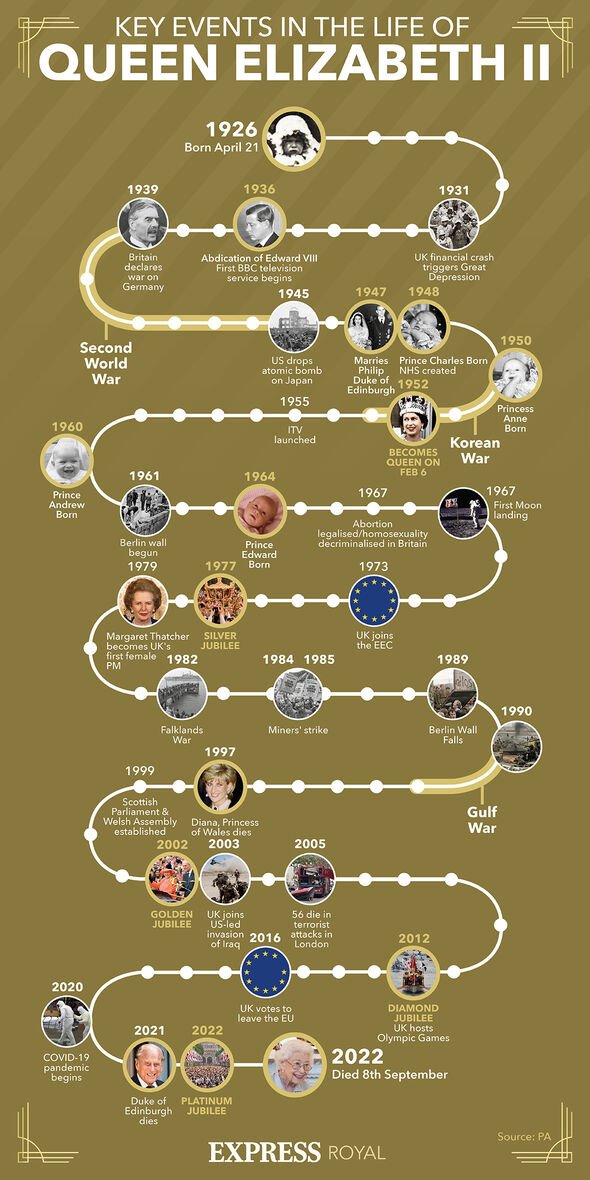 Shortly before the Queen’s death, William and Kate moved from Kensington Palace to Adelaide Cottage, a four-bedroom property on Windsor’s Home Park.

Their big more positioned the couple just a short distance away from the Queen’s home at Windsor Castle. It was understood to be in order to be closer to Her Majesty, as William stepped up to take more of her royal duties.

On Friday, the Prince of Wales returned to his new home and his family, having travelled to Balmoral the day before.

The Cambridges are expected to stay in Windsor until the Queen’s state funeral, which is likely to take place within the next two weeks. The exact day will be confirmed by Buckingham Palace.

It is understood that plans are being put in place for the funeral at Westminster Abbey, where Britain’s kings and queens are crowned, including the Queen’s coronation in 1953.

She and Prince Philip got married at the Abbey in 1947, as did William and Kate 64 years later.

The service will be the first monarch’s funeral in the Abbey since the 18th Century, although the funeral of the Queen’s mother was held there in 2002.

The day will begin as the Queen’s coffin is carried from Westminster Hall to Westminster Abbey on the State Gun Carriage of the Royal Navy, which was last seen in 1979 for the funeral of Prince Philip’s uncle, Lord Mountbatten, drawn by 142 sailors from the Royal Navy.

Senior members of the Royal Family, including the new King, are likely to follow in procession. 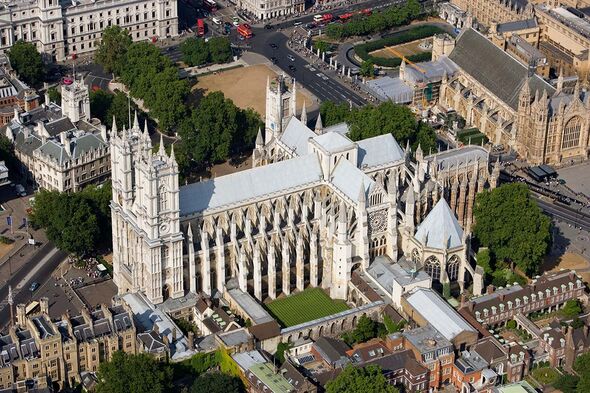 After the service, the Queen’s coffin will be taken to Windsor. The King and other members of the Royal Family are expected to join the procession in the Quadrangle in Windsor Castle before the coffin enters St George’s Chapel for a committal service.

St George’s Chapel is the church regularly chosen by the Royal Family for weddings, christenings and funerals. It is where the Duke and Duchess of Sussex, Prince Harry and Meghan, got married and where the Queen’s late husband Prince Philip’s funeral was held.

The Queen’s coffin will be lowered into the Royal Vault before being interred in the King George VI memorial chapel, located inside St George’s Chapel.

Queen’s heartbreaking dilemma over Prince Harry and his duties revealed

Glasgow stabbing today: Is it a terror attack? Police statement in full