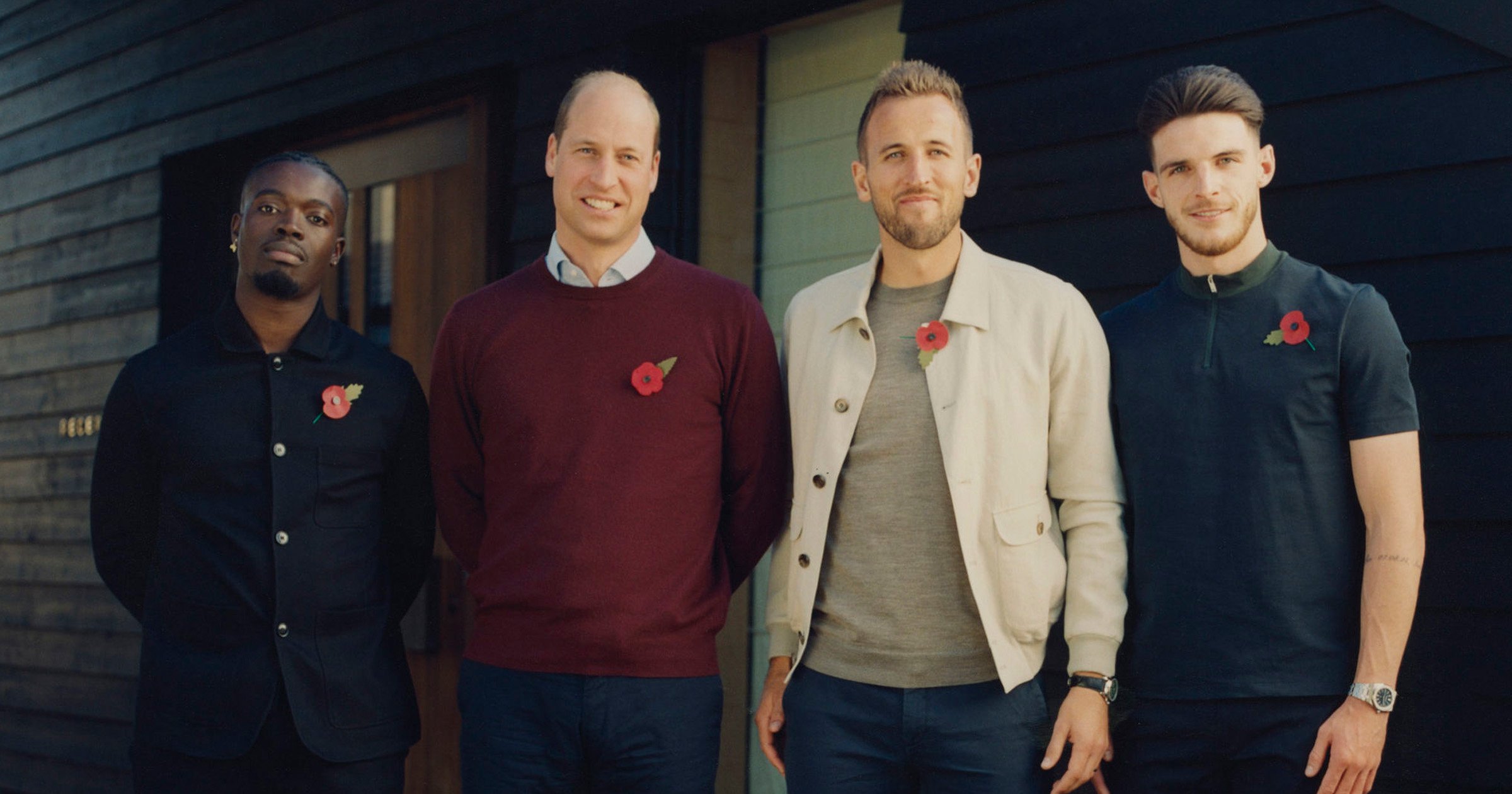 The Prince of Wales has sat down with football stars Harry Kane and Declan Rice to discuss ‘difficult’ lessons learned from their shared love of the sport.

Witnessing numerous defeats by the England national team showed from an early age that ‘disappointment is a part of life’, he explained.

Prince William joined the World Cup hopefuls to discuss their fondest football memories, and the ways it has bolstered their mental wellbeing, during a 25-minute discussion available on YouTube.

The royal, a keen Aston Villa fan, said football taught him ‘disappointment is a part of life’.

He also highlighted the work of Shout, a free and confidential 24/7 text messaging service for people struggling with their mental health.

William said: ‘You learn by playing a number of times and many other things in life that disappointment is part of life and how you handle it is crucial.

‘Handling some of those really disappointing England results in the past, that was hard, I found that really difficult, because again the same euphoria that we had comes crashing down.

‘You feel high and all together, and then normal life just gets on again.’

William added that he has a ‘lot of friends’ he met through playing football in his youth.

‘Some of the greatest friendships are born from playing games and being pushed together in slight adversity,’ he said.

He told the football stars: ‘The sheer size and scale and just the fun of everyone running around chasing each other, I loved it.

‘I was a defender, I was stuck at the back and told to just tackle.’

William recalled that he had looked to former England defender Rio Ferdinand for ‘inspiration’ when he was playing football at school.

During the discussion, Spurs striker Kane recalled his father giving him £5 after he scored his first goal when he was five years old.

He also discussed the Harry Kane Foundation, which has partnered with Shout.

The England captain said: ‘I’ve just launched a foundation which is really exciting for me.

‘My aim is to, especially to the younger generation, talk to them and try and provide ways of talking about mental health and wellbeing.

‘The more we talk about it, and open up, it will definitely help solve and hopefully encourage people not to be afraid to ask for help, especially when you are feeling a little bit lower.’

West Ham captain Rice said that as a child he loved playing football with his older brothers, and explained how England’s loss in the Euros final last year brought the squad closer together.

Speaking about the final against Italy, the England midfielder said: ‘There was a special moment after that game, the togetherness when we all come in a huddle after we’d lost that, and Gareth said some really important words.

‘As a group, I think that brought us forward together because then we had to qualify for a World Cup in the next round of games.

‘We really overcame that setback of losing that final, showed our togetherness and our strength and I feel that we are in a really good place as a national team that we can keep pushing and getting better because the togetherness we’ve built is really special to be a part of.’

Ed Groves, managing editor at Copa90, said he hoped their conversation would remind people of ‘the power of talking when dealing with their mental health’.

The interview was hosted by Kelvyn Quagraine, and organised by football media company Copa90 with the Royal Foundation.

If you are struggling to cope and in need of support:

💬 You can text SHOUT to 85258 from anywhere in the UK to start a free, confidential conversation at any time of day or night

🌐 For information and support on all aspects of mental health visit mind.org.uk