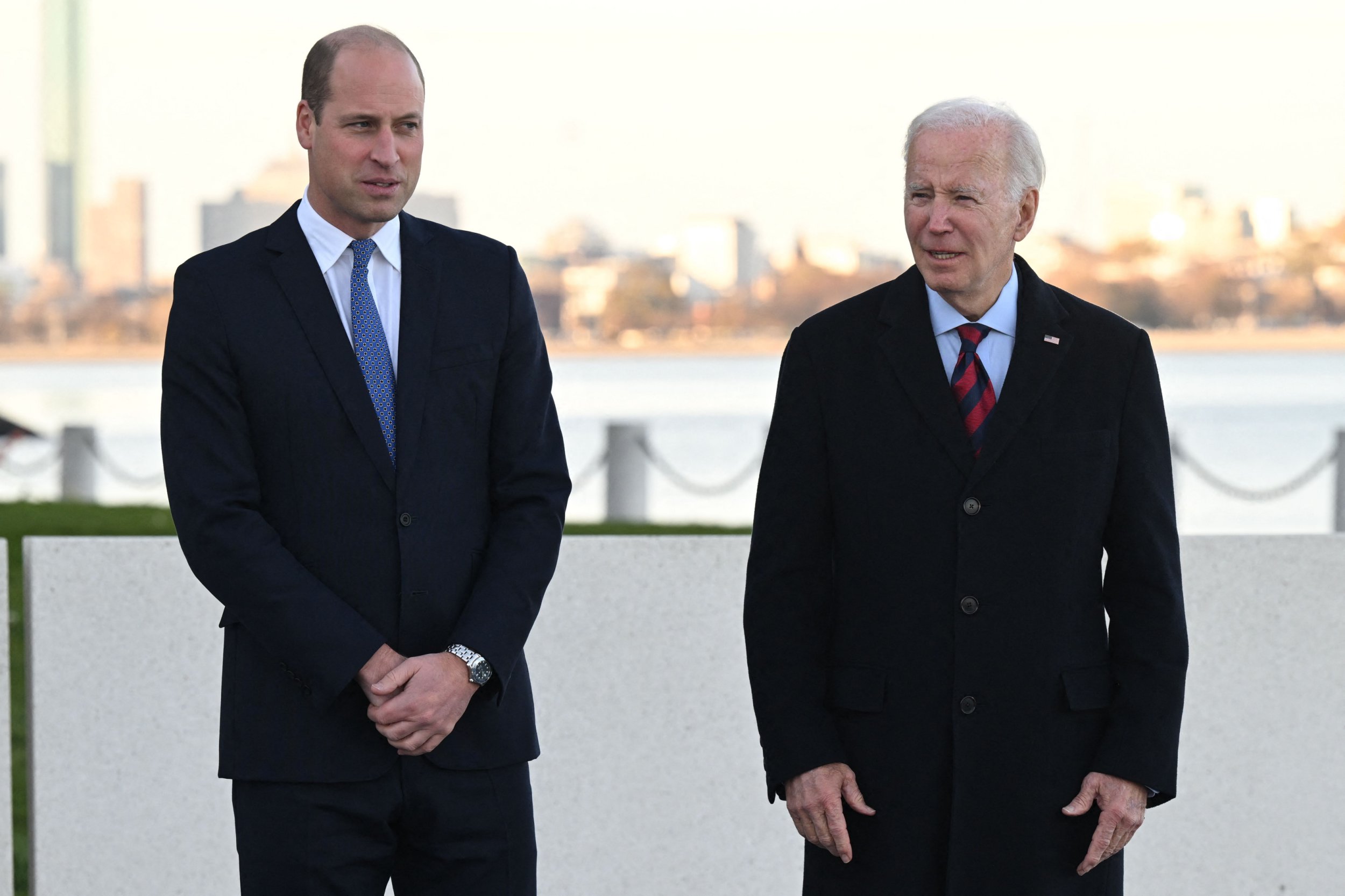 Prince William met US President Joe Biden in Boston ahead of the awards ceremony for his environmental prize.

Kensington Palace described the 30-minute talks between the two men as ‘warm, friendly and substantive’.

President Biden jokingly asked ‘Where’s your top?’ as William approached at the end of a visit to John F Kennedy’s Presidential Library and Museum on what was a sunny but chilly day.

The Prince of Wales thanked him for travelling to London for the late Queen’s funeral in September and they both shared memories of the monarch.

A palace spokesman said Mr Biden was keen to learn about William’s Earthshot Prize and stories from the finalists, including the Great Bubble Barrier, a 2022 finalist in the Revive Our Oceans category.

William has declared he wants to ‘supercharge’ the impact of his Earthshot Prize finalists to inspire a ‘despairing world’ that there is a way forward.

He described himself as a ‘stubborn optimist’ in an article published a few hours before the awards ceremony for his environmental prize, being staged in the US city of Boston, was due to begin.

Singer Billie Eilish will lead a stellar entertainment line-up during a ceremony, which aims to celebrate and scale up environmental solutions to repair the planet.

Former England and Manchester United footballer David Beckham will present one of the five awards with each category winner receiving £1 million to develop their project.

Writing in the Huffington Post, the future King said about the finalists: ‘The Earthshot Prize wants to find the best of them. We want to celebrate and support them, so that we not only supercharge their positive impact but also demonstrate to a despairing world that there is an optimistic way forward.

‘Dire predictions about our natural world aren’t the only side to this story and they don’t have to be our future.’

Ahead of the event being staged on Friday evening at the MGM Music Hall at Fenway, behind the scenes photographs of William and Kate attending a Thursday rehearsal for the ceremony were released.

But the couple’s three-day trip to Boston, which ends on Friday, has been overshadowed by the race row that saw William’s godmother Lady Susan Hussey resign as a royal aide after she repeatedly questioned a prominent black British-born domestic abuse charity boss about where she ‘really came from’.

A trailer promoting the Duke and Duchess of Sussex’s Netflix docuseries was released on Thursday, with the timing interpreted by some royal commentators as a snub to William and Kate.

William wrote about the thinking behind his award and how he was inspired by President John F Kennedy’s successful ‘Moonshot’ ambition to put a man on the moon.

He said: ‘We face a challenge as seemingly insurmountable as putting a person on the moon: reversing the damage that has been done to our planet, and putting ourselves on a path toward a more sustainable future.

‘Repairing our planet is not going to be easy, but the case for taking action to protect our natural world is undeniable.’

Prince William says we must act now to save the planet