Prince William undertook 99 engagements in the first three months of this year – a 125 percent increase on 2020, says a study commissioned by the Daily Express. William, who for years delayed his transition to full-time working royal because he wanted to savour a more normal life for as long as possible, performed almost twice as many engagements as the next busiest member of the family – his uncle Prince Edward, who completed 54.

Both men went to events on 34 days, more than any other member of The Firm, followed by Prince Charles (32) and Princess Anne (27).

William has been making back-to-back telephone calls to NHS staff in the same morning or afternoon as visiting frontline workers.

Kensington Palace officials insist each call is listed individually in the Court Circular and should be counted as a separate engagement.

But Patricia Treble, the Canadian royal expert who analysed the data, said that even if every session of calls counted as one engagement it would still result in an 11 per cent rise for William, putting him in third place behind Edward and Charles. 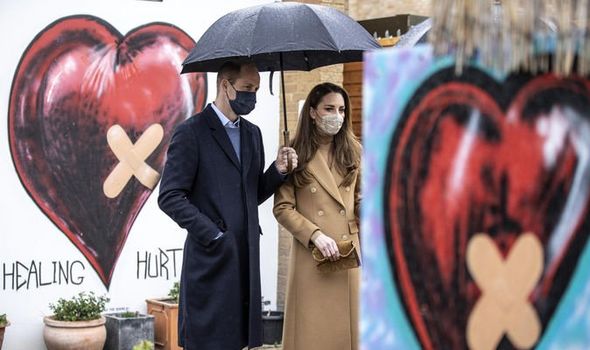 She said: “Yes, this marks the first time he’s snagged that top spot. But some may consider applying an asterisk to his placement.

“It needs explaining, given they account for so many of William’s engagements in the first quarter.”

While William, wife Kate and Edward have increased their duties compared with the same period last year, the Queen and all other Royal Family members have reduced engagements due to the pandemic.