Prince William recalls time he was recognised despite disguise

The 40-year-old, who was in Wales alongside Kate, the Princess of Wales, recounted that he had just met a woman in Anglesey that said she apparently used to serve him his tea when he was travelling there, despite being in disguise. The group around the current Prince of Wales laughed, listening in on his attempts “to be discreet”.

Prince William said, along with a mock groan: “She said, ‘I served you your tea a few times when you were on the Holyhead service.’

“I used to sit in the corner with my baseball cap on, trying to be discreet.

Prince William and Kate were in Swansea as part of their first official royal tour since receiving their new titles. The couple had previously lived in Anglesey in the early years of their marriage. 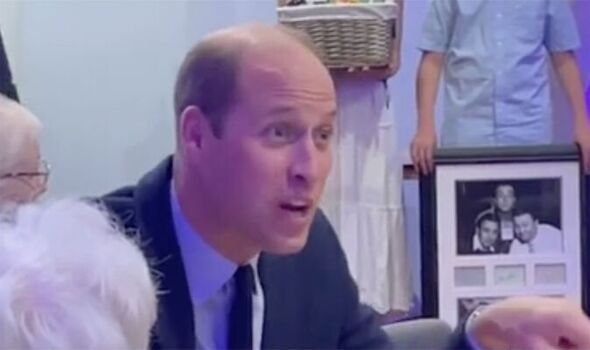 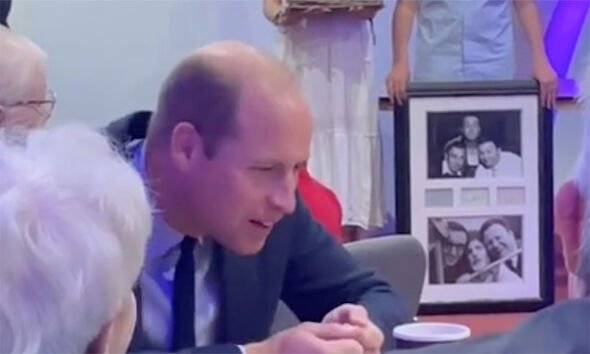 During their visit, the doting mum-of-three helped a two-year-old pack a donation basket for The Baby Basics bank.

The newly-appointed Princess of Wales was spotted chatting to Charlotte Bunting as the two placed baby clothes and toys into the basket.

The sweet toddler then picked up some knitted booties that Kate had been looking at and handed them back to her.

The two-year-old then proceeded to lift up her feet to show off her own chosen footwear.

Prince William then came to join the duo, and Charlotte picked up the baby booties again before showing them to the heir to the throne.

As the mothers chatted, little Charlotte picked up a bottle of shampoo to show the royal visitor.

Kate leaned down to the toddler, took off the lid, and offered Charlotte a sniff of the product. 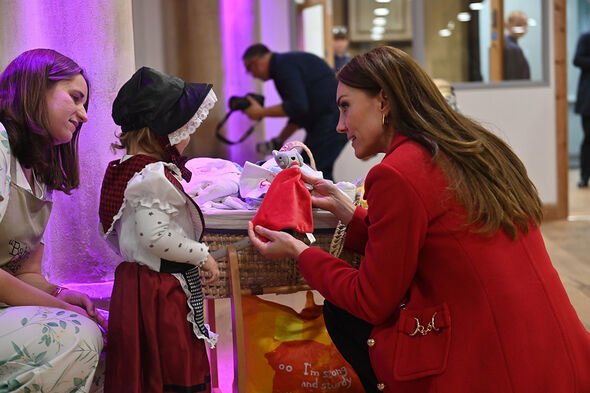 At the end of the visit, Charlotte got one more moment to engage with the Princess of Wales.

Before the couple left, the two-year-old gave Kate some flowers, flinging her arms around her for a sweet hug as Kate bent down to take them.

The newly-appointed Prince of Wales had previously been scheduled to attend the church in February but was forced to cancel his visit due to bad weather conditions.