Meghan Markle and Harry: Expert on US press relationship

Prince William and Prince Harry have been known to have seen their relationship grow tenser since the Duke of Sussex agreed to speak out about his experience as a Royal Family member with Oprah Winfrey earlier this year. The Duke of Cambridge was reported to have been “furious” with his younger brother and sister-in-law Meghan Markle over bombshell claims about their treatment before their departure from royal life. William and Harry were expected to kick off peace talks following their joint appearance at the unveiling ceremony for Princess Diana’s new Kensington Palace statue but the Duke of Sussex quickly returned to California.

Mr Eden said: “Whatever discussion they have between Harry and William, whether it’s about the football or whatever whilst Harry has been here, they won’t have been serious.

“It will have to go through anyway.”

JUST IN: Prince Harry finds himself ‘on outside’ as Royal Family finds it ‘impossible to trust him’ 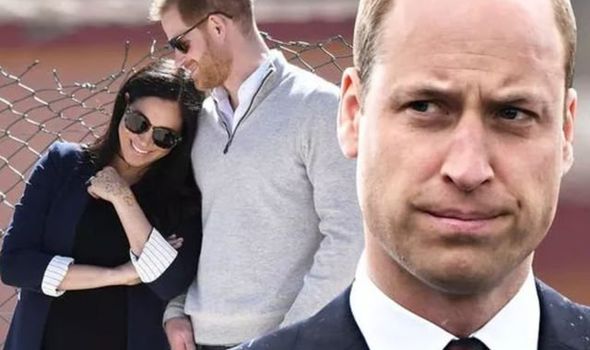 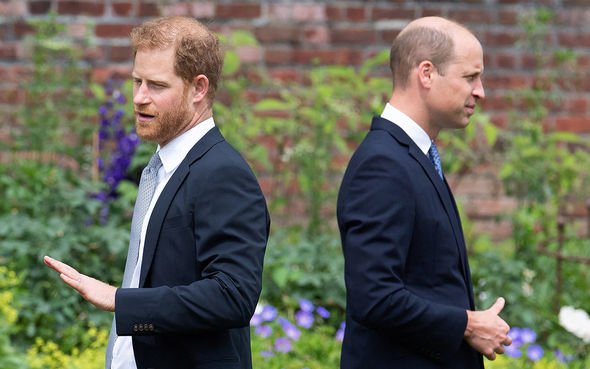 Royal author Robert Lacey suggested Prince William and the rest of the Royal Family likely still struggled with the possibility conversations held with Prince Harry and Meghan Markle may be later broadcast through their US journalist friends.

The concern arose after Gayle King, a close friend of the Duchess of Sussex, reported talks between the Duke, Prince William and their father Prince Charles “were not productive.”

Mr Lacey said: “Somebody from the Palace said to me there’s sharing and there’s overhearing.

“When he’s got that balance right, maybe there’ll be some way ahead but the other aspect is, of course, it’s very difficult for these two brothers to negotiate any settlement while William is fearing what he says to Harry will be passed through to Oprah or Gayle King.”

And an insider told the Mirror the Duke of Cambridge may “find it impossible” to trust his younger brother in the future.

They said: “Despite William and Harry coming together this week for the sole cause of commemorating their mother’s legacy, Harry is very much on the outside.

“They put on a show, did what they had to do to make sure the day went without a hitch, and said goodbye.

“Things are still far too raw for William and other members of the family to entertain Harry, so it’s best to let things lie for the moment.”

The tensions between the two brothers grew so tense in the aftermath of Prince Harry and Meghan’s interview that the Duke of Cambridge broke with the family mantra of “never complain, never explain.”

Following claims that a member of the Royal Family had expressed concerns about Archie Harrison’s skin colour before his birth, Prince William was questioned during an engagement whether his family was “racist.”

A stony-faced Prince William replied: “We’re very much not a racist family.”