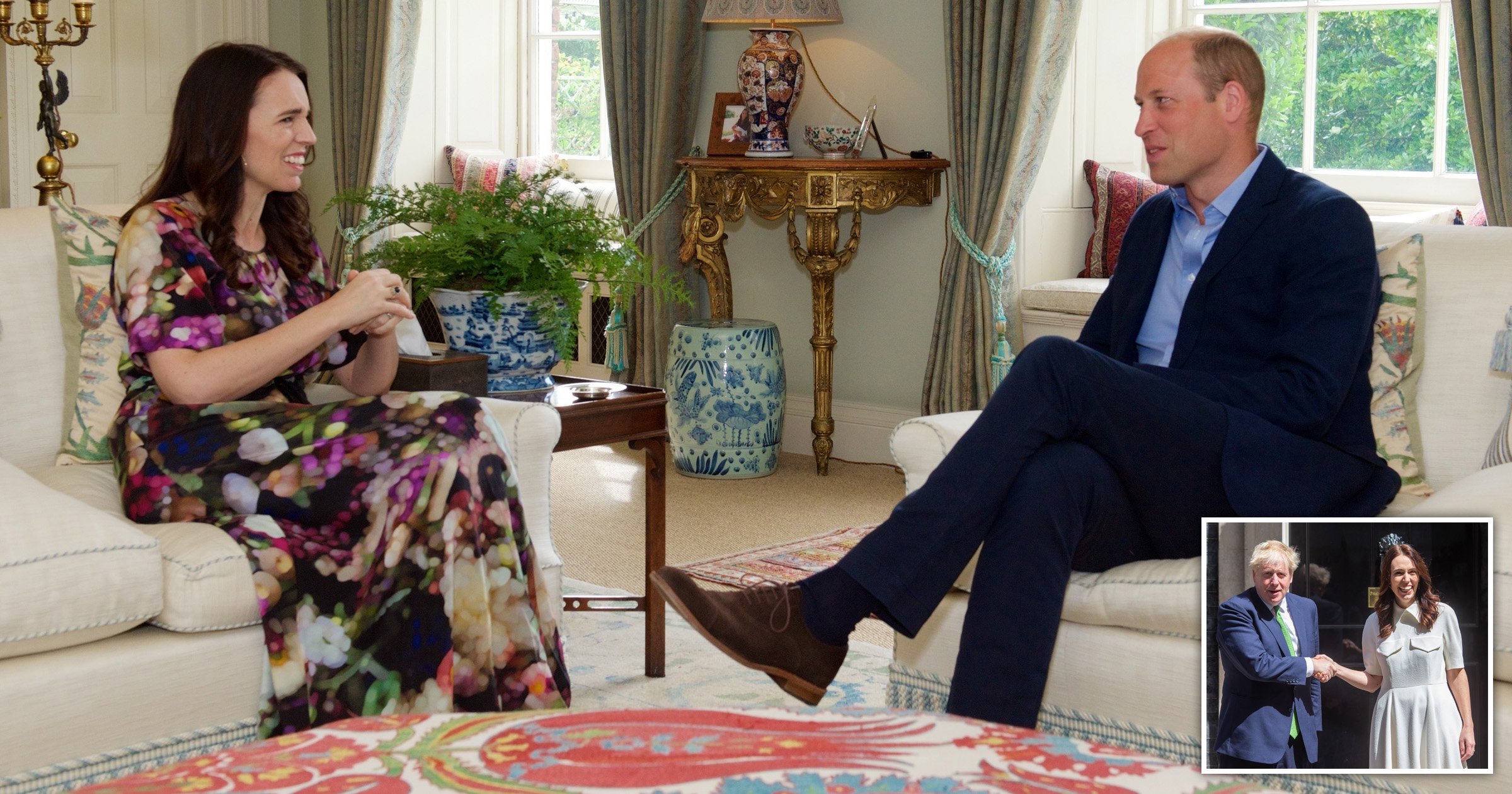 The prime minister of New Zealand was hosted by Prince William at Kensington Palace.

The palace released a picture of them at William’s London residence, where he spends time with wife Kate and their three children.

A spokesman for the duke said the meeting took place today.

Ms Ardern was in London for talks with Prime Minister Boris Johnson, with trade and the war in Ukraine dominating the agenda on her first visit to the UK since the pandemic began.

Yesterday, the two leaders met with a handshake outside the door of Number 10.

Mr Johnson pointed out that it was her first trip since the two countries signed a fresh free trade deal in February.

Speaking in front of both a Union and a New Zealand flag, Mr Johnson said it was a ‘great, great pleasure’ to welcome Jacinda Ardern to Downing Street.

‘Very good to see you,’ he said, as he praised the ‘very strong line that you take on Ukraine’.

Ms Ardern responded: ‘Thank you so much for the opportunity to meet you.’

She said it was an ‘incredibly important milestone for us in New Zealand’ that she was able to visit Europe and signified ‘we are open for business, for trade, for tourism’.

During the pandemic, New Zealand took a strict elimination approach with tight border controls and lockdowns while a vaccine became available.

The country has now moved to a mitigation approach and has reopened borders.

A new agreement between the UK and New Zealand will make travel even easier for many, with young people able to live and work abroad under an extension to the Youth Mobility and Working Holiday schemes.

The maximum age limit for applicants will be raised from 30 to 35, and the maximum length of time people can stay in the host country will be increased from various durations to three years.

Ms Ardern said: ‘Kiwis have long advocated for improvements to working holiday visas. We are so pleased to have reached this agreement today.

‘I was one of many Kiwis to enjoy living and working in the UK, and we look forward to offering Brits the same wonderful experience in New Zealand.’

The New Zealand prime minister said the deal was good for both the UK and New Zealand.

She said she would also discuss the situation in Ukraine with Mr Johnson, telling the Prime Minister it was a good ‘opportunity’ to discuss the way the two countries have responded to the war.

‘We have also provided our military aid via our partnership with you,’ she said.