Prince William’s “clasped hands” are part of an “emphatic message” to the nation as the Firm shows the most senior royals to be “safe hands” for the monarchy, a body language expert has argued. Buckingham Palace released a photograph of the royals on Saturday, taken the night before the Queen’s state funeral.

The monarch and the Queen Consort were joined by the Prince and Princess of Wales for a reception for Heads of State on September 18.

The four royals are dressed in black for the first official photograph of the King and Queen Consort with William and Kate.

The reception hosted politicians, overseas guests and high-profile attendees from across the globe. 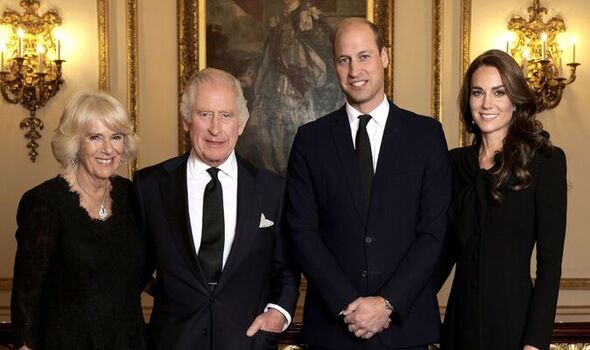 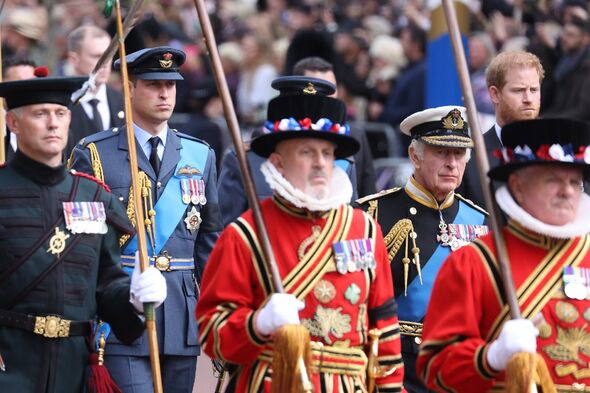 Body language expert Judi James said the Prince of Wales, 40, was displaying signs of “attentive waiting”, supporting his father as Kate does him.

She explained: “His splayed legs and the way his hands are clasped in front of his torso form a pose of attentive waiting.

“It’s the kind of pose you see from staff in hotel lobbies and it could signal his role of support and stand-in for his dad.

“It looks dutiful and Catherine’s arm round his back suggests she is, in turn, there to support him.” 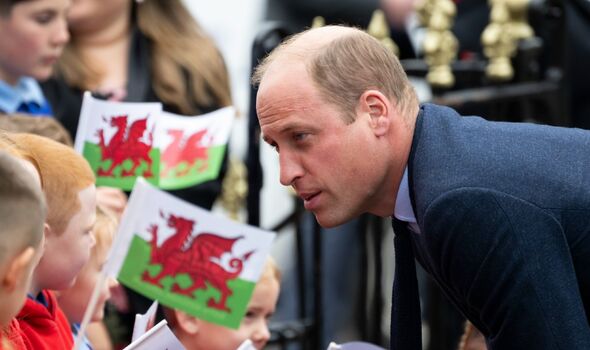 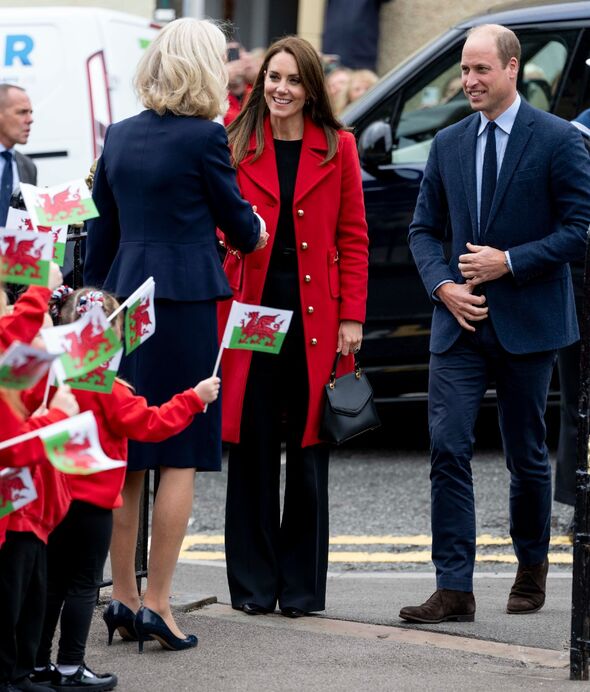 King Charles III and Camilla, Queen Consort, appear rather more affectionate in the portrait than the heir to the throne and his wife.

The posture is an “unusual public display of affection” for the sovereign, according to Ms James.

The arrangement of the King with his wife, son and daughter-in-law could “suggest mutual support and resilience”, she added.

With the inclusion of all four royals in the first official photograph, the impression is that the monarchy is “in safe hands for at least one more generation”. Ms James said.

Such a portrait is “emphatic in terms of its messages of continuity and unity”, with a sense of calm, she commented.Ms James added: “There is finally a sense of peace after all the rifts and soap-opera dramas of the past few decades.”

This comes as the palace confirmed the King will not attend the COP27 climate change conference in Egypt next month. The monarch gave a keynote speech at COP26 in Glasgow last year.

He is a vocal campaigner on environmental issues, as is Prince William. But Buckingham Palace said the sovereign will not attend the conference in Sharm el Sheikh, which would have been his first overseas trip as monarch.