The sisters-in-law both attended an 11am service at St Mary’s Magdalene church near Sandringham House with the rest of the family, as they do every year. All royals adhere to a strict dress code for church visits, but the Queen’s daughter and Prince Charles’ wife managed to have an embarrassing clash. The two women turned up wearing the exact same colour outfit.

Both had long purple dress coats and similarly shaped formal purple hats in what was an unfortunate coincidence.

They even appeared to be wearing the same pair of long black boots.

Royal women are usually advised as to what colour the Queen will be wearing in order to avoid a clash, but it seems they may not have communicated with each other.

The two royals were pictured meeting outside the church and seemed to take the situation in good humour. 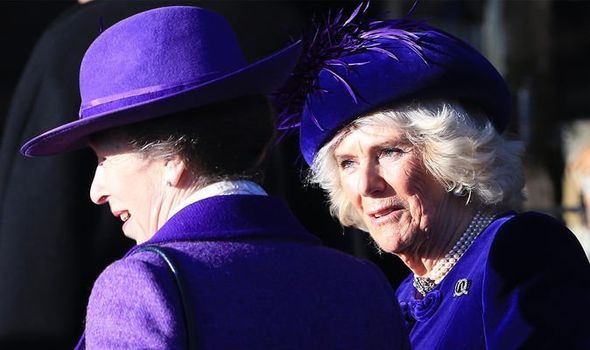 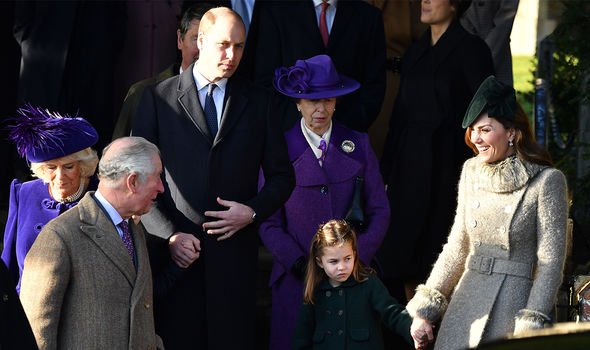 Anne looked Camilla up and down and appeared to laugh.

It is perhaps not surprising that they both wore this colour as purple has historic links with royalty, as the dye was once only affordable to the elite.

It is also customary for royals to wear block colours like the Queen, so their dresses, coats, hats and bags match.

The Queen herself looked very festive in bright red as she headed to church. 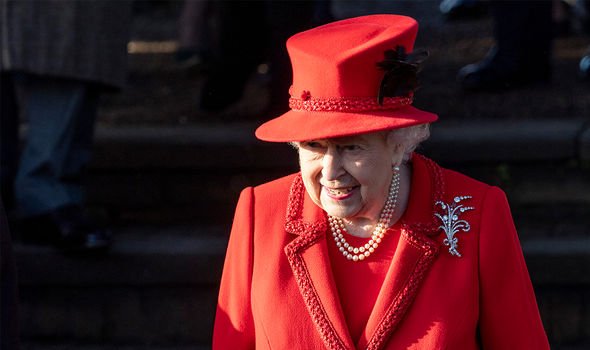 While the fashion gaffe caused a little laughter, it was the younger royals who stole the show, as Prince George and Princess Charlotte were attending the Christmas service for the first time.

The adorable children met with several fans, with a confident Charlotte even giving one a hug.

When the Queen drove off at the end, Kate and Charlotte both curtseyed.

Kate and William left their youngest child, Prince Louis, at home with the nanny. 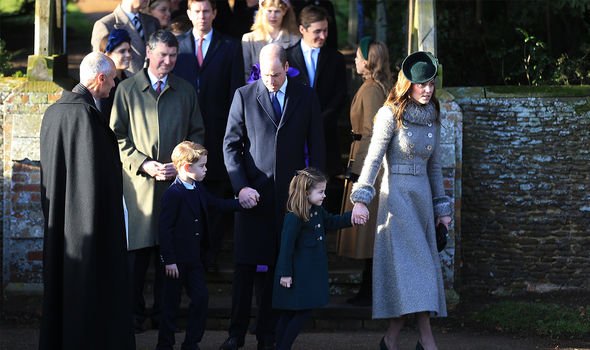 Conspicuously absent from the proceedings was Prince Andrew, following his withdrawal from public duties.

Instead, he attended a private 9am service with his brother Prince Charles.

This year, the Royal Family did not gather for the traditional Sandringham Christmas, which was cancelled by the Queen due to the coronavirus pandemic.

In fact, intense restrictions were enforced across the country, including a last-minute ban on any household mixing in some areas.

However, the Queen did issue a message of hope in her usual 3pm Christmas broadcast.

She said: “In the United Kingdom and around the world, people have risen magnificently to the challenges of the year, and I am so proud and moved by this quiet, indomitable spirit.

“To our young people in particular, I say thank you for the part you have played.

“This year, we celebrated International Nurses’ Day on the 200th anniversary of the birth of Florence Nightingale.

“As with other nursing pioneers like Mary Seacole, Florence Nightingale shone a lamp of hope across the world.

“Today, our frontline services still shine that lamp for us, supported by the amazing achievements of modern science, and we owe them a debt of gratitude.

“We continue to be inspired by the kindness of strangers and draw comfort that, even on the darkest nights, there is hope in the new dawn.”

She donned a beautiful sapphire blue dress as she delivered her speech from Windsor Castle, where she is shielding with 99-year-old Prince Philip.