Princess Anne has returned to work as a working member of the Royal Family today, by visiting the Royal Yacht Squadron in Cowes, on the Isle of Wight. She was pictured wearing a black coat and trousers with large sunglasses as she carried out the royal engagement, just five days after the death of Prince Philip. Today’s visit marks the first time the Princess Royal has been pictured since her father died.

On Saturday the Royal Yacht Squadron fired a 21 gun salute to mark the death of the Admiral, His Royal Highness The Prince Philip, Duke of Edinburgh.

It comes after the club posted a lengthy press release following the news of Philip’s death on Friday.

Princess Anne is a keen sailor and the royal is part of the Royal Yacht Club’s committee, holding the rank of “admiral”.

The Queen’s daughter became the first female member of the Royal Yacht Squadron in 1950, the year she was born. 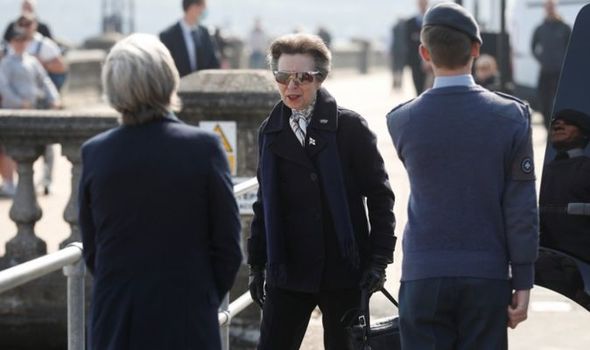 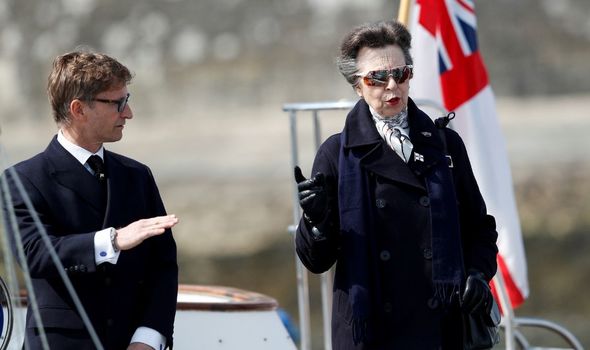 Commodore of the Royal Yacht Squadron, Jamie Sheldon, said: “We owe a substantial debt to our Admiral, who was an active and talented sailor and contributed enormously to the development of yachting on the Isle of Wight.

“He was the catalyst behind the formation of Cowes Combined Clubs, the organization which lies behind Cowes Week.

“He was elected a Member in 1947 and became Admiral on the accession of Queen Elizabeth II.

“He was a dynamic, reforming Commodore who modernised the governance of the Club and admitted ladies as Associate Members (they were admitted as Full Members in 2015).

“He continued to take a keen interest in the Club’s affairs well into his nineties.

“For the Club’s Bicentenary in 2015, he undertook a Fleet Review of Squadron yachts, dressed overall, off East and West Cowes — a spectacular occasion. He will be sorely missed.“