Princess Anne, 70, is often compared to her father Prince Philip, 99, for her no-nonsense approach to serving the crown. On Wednesday the Princess Royal continued the Duke’s naval legacy with an important virtual meeting.

Anne holds the rank of Admiral and is Chief Commandant of Women in the Royal Navy.

She is also Lady Sponsor of naval flagship HMS Albion and honoured the role in a recent virtual engagement. 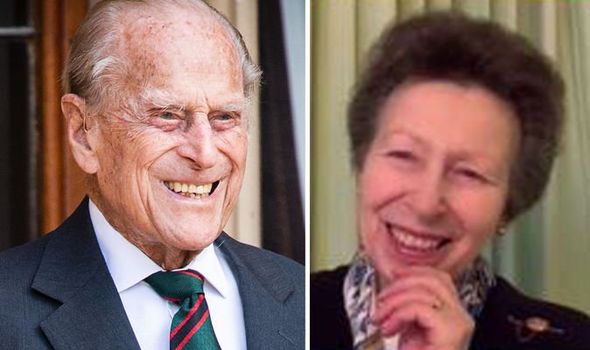 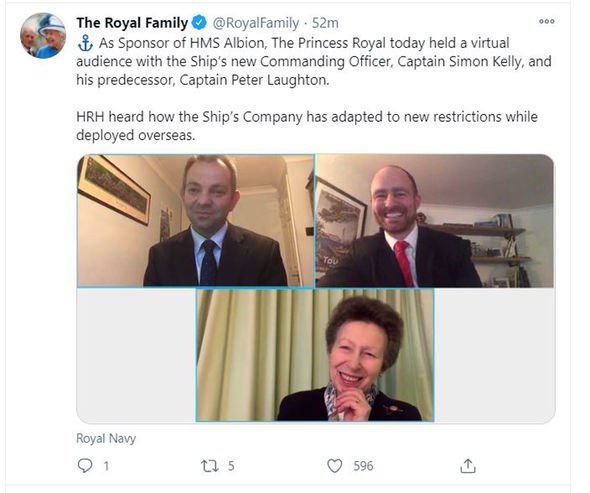 “HRH heard how the Ship’s Company has adapted to new restrictions while deployed overseas.”

A second tweet about the engagement added: “The Princess Royal launched @HMS_Albion in 2001, and in 2019, HRH took the salute at the Ship’s Freedom of the City Parade in Chester.”

HMS Albion is one of the British Royal Navy’s two amphibious assault ships whose mission is to “deliver the punch of the Royal Marines ashore by air and sea”, according to the Royal Navy’s official website. 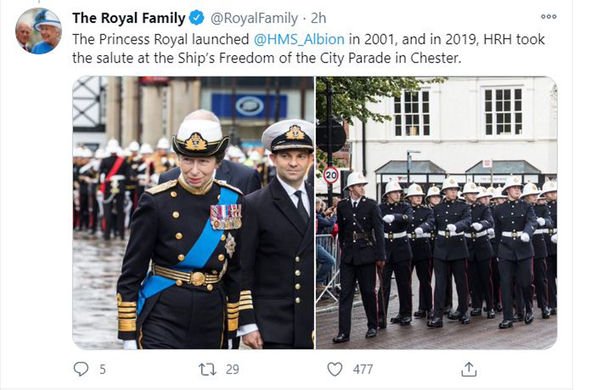 The photograph of Anne during the virtual engagement with the ship’s captain Simon Kelly, and his predecessor, Captain Peter Laughton show her smiling warmly at the camera.

The Duke of Edinburgh retired from public life in 2017 but during his time as a working royal held several important honorary military posts.

Prince Philip was the Captain-General of the Royal Marines, a role he passed on to his grandson Prince Harry, 36, upon his retirement.

As a young man, the Duke had a budding career in the navy but sacrificed his future in the forces in order to serve the Crown fulltime.

Like most senior members of the Firm, Anne holds a string of important military honours.

The Princess Royal has been granted the following honorary military posts in the UK: 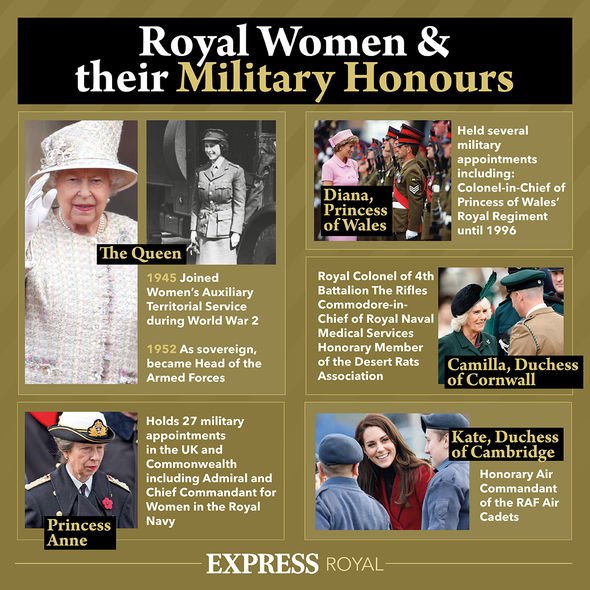 Princess Anne is known to be one of the hardest working members of the Royal Family and carries out hundreds of engagements every year.

The Princess Royal has honoured her royal responsibilities and taken part in virtual engagements during the pandemic.

Anne lives in Gloucestershire on the Gatcombe Park estate.

Her two children Zara Tindall, 39, and Peter Phillips, 42, both live nearby.

Picture of Prince Charles during his university days released