Prince Harry served in the British Army for 10 years and treasures his military ties to this day. One of his most successful projects as a working royal was to found the Invictus Games for injured veterans and one of the hardest parts about stepping down as senior royal was having to relinquish his honorary military titles.

However, Prince Harry is not the only Royal Family member to be dedicated to honouring Britain’s troops. In fact, his aunt Princess Anne does a lot to support them too.

Ahead of Princess Anne’s 70th birthday, the Royal Family’s Twitter account has paid tribute to the famously hardworking royal with a series of flashback photos.

On Thursday the account shared a photo of Anne visiting troops in Afghanistan’s Helmand Province in 2006.

The tweet read: “In 2006, The Princess was the first Member of the Royal Family to visit the Armed Forces in Afghanistan.

“HRH travelled to Kabul and the Helmand Province.” 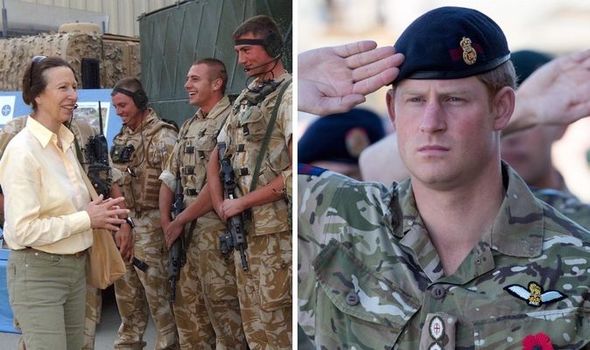 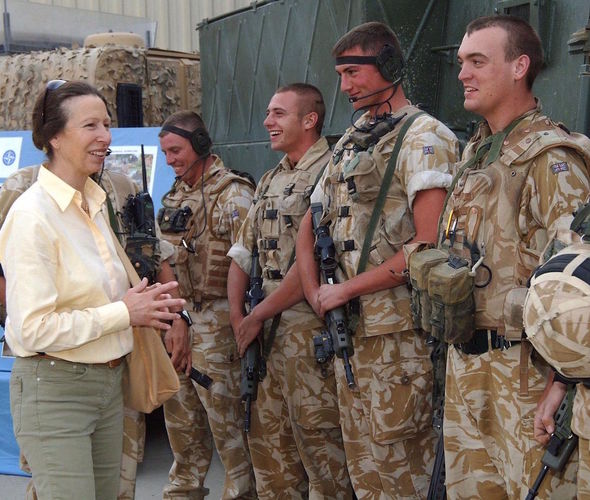 Prince Harry was first deployed to Afghanistan in December 2007 unbeknownst to the world’s media.

Speaking about his time there Harry said: “One minute your in bed asleep, six and a half minutes later your speaking to someone on the ground being shot at.”

Ten weeks into Harry’s first tour in Afghanistan, his presence there was exposed by an Australian news outlet, and he was pulled out for his own safety.

However, this didn’t stop the Prince from re-enrolling in the Army Air Corps and training to become a helicopter pilot so he could return to Helmand again. 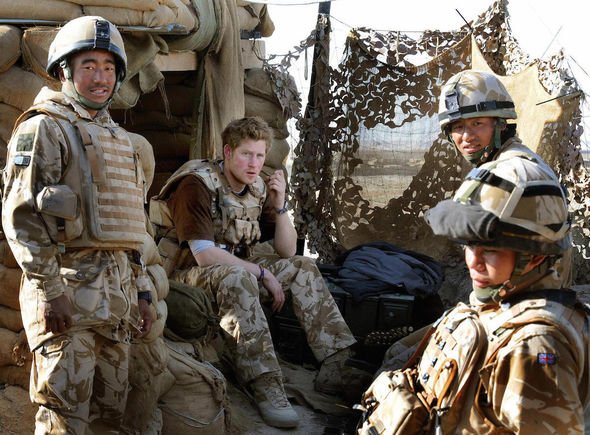 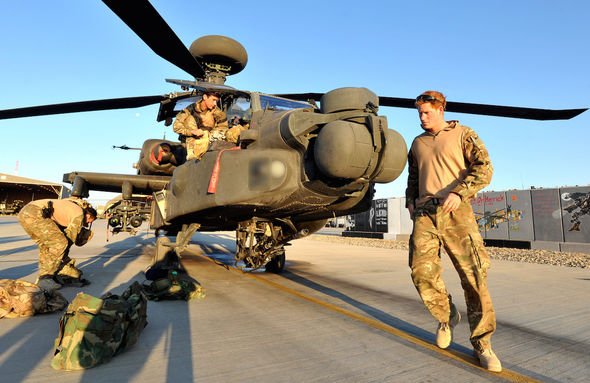 In 2012, he returned to Afghanistan this time as a copilot gunner with the 662 Squadron, 3 Regiment Army Air Corps.

His second tour lasted 20 weeks and he returned to the UK in January 2013.

Prince Harry seemed to enjoy the sense of anonymity serving in the army afforded him.

Speaking about his time in Afghanistan in 2013, he said: “My father’s always trying to remind me about who I am, stuff like that, but it’s very easy to forget about who I am when I am in the army.”

Like most senior royals Princess Anne holds a string of honorary military titles.

She is the Commandant-in-Chief of the First Aid Nursing Yeomanry (FANY) – an all-female voluntary unit which provides emergency services in times of crisis.

In 2007, she was joined by The Queen to mark the FANY centenary at Buckingham Palace.

She is also the Commander of The Blue and Royals – one of the regiments of the Household Cavalry and is the second-most senior in the British Army. 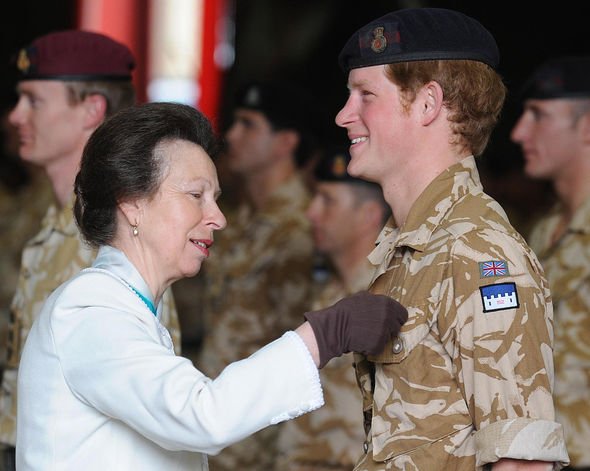 The Blues and Royals was formed in 1969 with the merger of the Royal Horse Guards and is a regiment of the Household Division (along with the Life Guards).

Queen Elizabeth II is the Colonel-in-Chief of the Blues and Royals.

Harry’s honorary titles are on hold until he and Meghan Markle’s arrangement with the Queen following their royal exit is reviewed next year.

All the companies that have collapsed or moved abroad since Brexit