Anne won over legions of fans when she became a professional equestrian and the first royal to compete in the Olympics, back in 1976. Horse riding not only gave her an outlet away from the monarchy, but provided a way for her to meet her first husband, Mark Phillips, another key figure in horse riding circles. They initially tried their best to keep their budding romance out of the public eye, but went on to announce their engagement five years after they first met.

It also became apparent that their careers occasionally took precedence over their relationship, when Anne later discussed Mark’s proposal.

According to biographer Nicholas Courtney, Anne once admitted: “Mark never mentioned any idea of getting married and I definitely got the impression that he thoroughly enjoyed his bachelor existence.

“Anyway, even if I thought there was anything really serious going on at the time, I don’t think either of us would have been in the least bit intelligent if we’d decided [to get engaged] before going to something like Badminton because we were, after all, competitors in the same sport and I think that it would be tantamount to irresponsibility because we might have been totally non-speaks by the end of it.

“Even if he had asked me I would have said, ‘Don’t be ridiculous — this might be a disaster’.”

The Badminton Horse Trials is a five-day event held once a year at Badminton House and which attracts crowds of almost a quarter of a million. 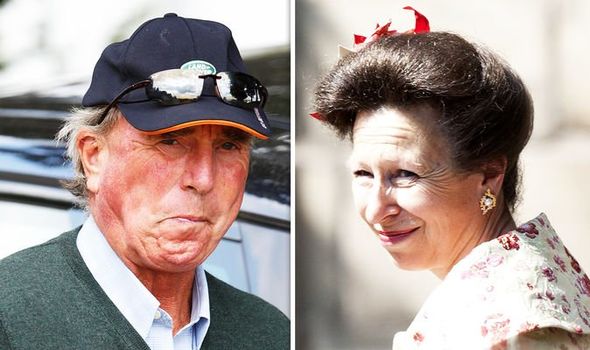 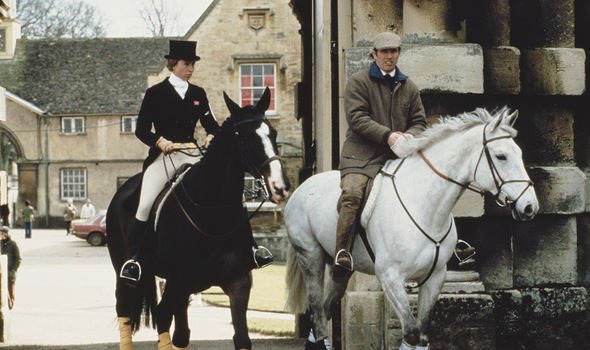 However, in 1973, Mr Courtney noted: “Badminton was not a success for either of them.”

Anne finished eighth on her horse Goodwill, while Mark’s first horse retired lame and two falls on his second put him out of the running for the top spot.

But it turned out that the shared sadness over their Badminton losses provided the perfect romantic foundations for the couple to think about tying the knot.

Mr Courtney said: “On that Sunday evening, they went for a walk across the farm, feeling somewhat downhearted.

“They found great consolation in each other and, literally on the spur of the moment, he proposed to her.” 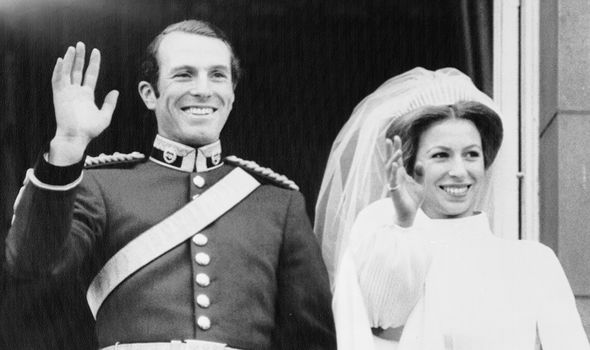 Anne said she thought that was the “the first time he’d thought of it”, while she had considered the prospect of marriage for some time.

Anne and Mark’s marriage seemed, at first, to be a very happy union — they wed that same year, in a ceremony watched by 500 million people.

Mark also turned down the Queen’s offer of a royal title, choosing to keep his Army title of ‘Captain’.

However, their marriage quickly soured as it became bogged down with reports of infidelity — they were rarely seen together in public, either.

Then in 1985, Mark fathered a child with a New Zealand art teacher called Heather Tonkin, although the paternity tests did not confirm this until 1991.

Shortly after, the couple finalised their divorce. 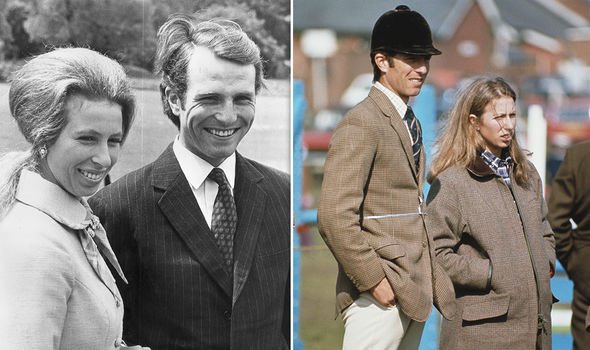 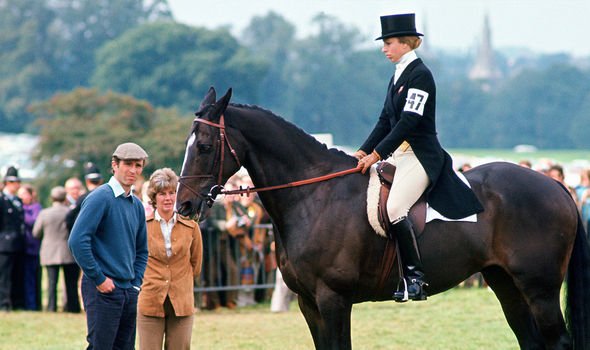 Anne became only the second royal to get divorced in recent history, after her aunt Princess Margaret, who officially split from her husband in 1978.

Before that, royal watchers have to look all the way back to King Henry VIII’s famous divorce from Anne Boleyn to find royal records of official splits.

Anne married Commander Timothy Laurence, former equerry to the Queen, in 1992, while Mark married a fellow equestrian, Sandy Pflueger in 1997.

They had a daughter, Stephanie, but divorced 15 years later due to Mark’s extramarital affairs.

Despite the messy fallout of their marriage, Mark and Anne are often seen at equestrian events together, and appear relaxed in each other’s company. 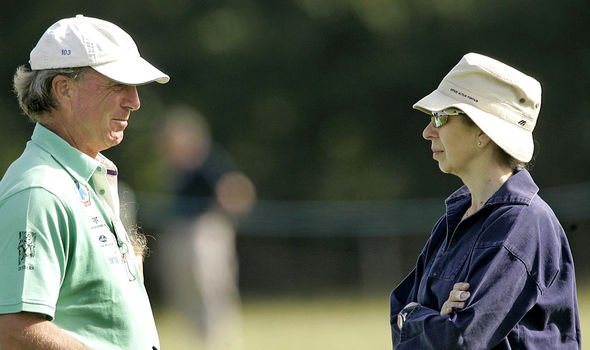 The pair are said to remain amicable for the sake of their two children, Zara Tindall and Peter Phillips — like her parents, Zara is a professional equestrian and won a silver medal at the London 2012 Olympics.

The former couple already have four grandchildren together, but are expecting another.

Zara and Mike Tindall announced that their third child is expected at some point later this year.

Royal commentator Richard Fitzwilliams said that the Princess Royal will “undoubtedly” be excited to become a grandmother once again, and added: “She’ll be looking forward to that.”

He continued: “She is the hands-on type.

“Of course, we think back to her successes in the equestrian field.”

‘Princess Anne: A Biography’ by Nicholas Courtney was published by Weidenfeld and Nicolson in 1986, and is available here.

COVID-19: Should social distancing be increased from two to three metres?