The Queen Mother was known to have a very low opinion of Wallis Simpson, who she blamed for the abdication crisis. King Edward VIII abdicated the throne after less than a year as King in order to marry the American divorcee, forcing his younger brother to become King George VI. The Queen Mother, as George VI’s wife, was furious that her brother-in-law’s selfishness had turned their world upside down and never forgave him or Mrs Simpson for it.

After abdicating the throne and marrying Mrs Simpson, they were known as the Duke and Duchess of Windsor and essentially exiled to the Bahamas.

The Queen Mother used to refer to the Duchess as “that woman” and once branded her a “naughty lady” in a letter to her mother-in-law Queen Mary.

She wrote: “Relations are already a little difficult when naughty ladies are brought it, and up to now, we’ve not had the lady at all.”

Meanwhile, her granddaughter Princess Anne was similarly disparaging about her sisters-in-law Princess Diana and Sarah Ferguson.

The two royal newcomers had a very different approach to royal life than Anne did. 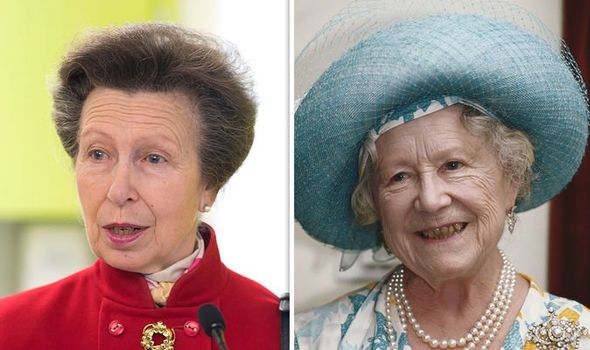 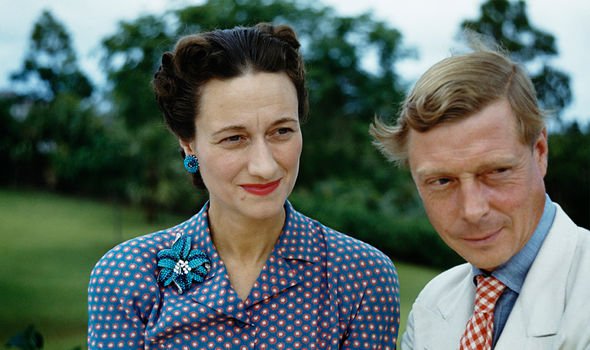 While Diana and Sarah ‒ affectionately known as Fergie ‒ were glamorous young women who hit headlines just for the way they looked at a gala, Anne was quietly getting on with her duties.

She felt like this showbiz element was “lessening the stature of the Royal Family”, according to a Daily Express royal photographer, who worked with the royals for years.

“She said about them behind their backs several times: ‘those girls’,” the last phrase said sneeringly.

Mr Wood added: “She viewed them both as lessening the stature of the Royal Family. Too much tabloid for her.” 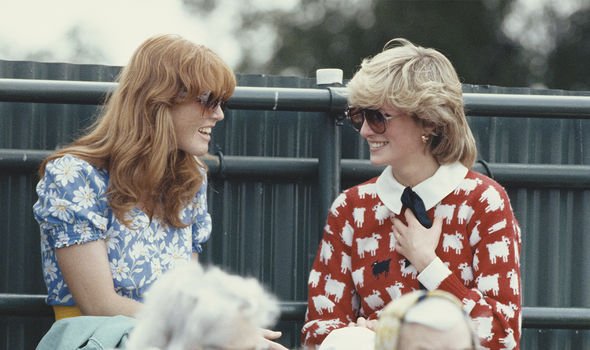 Anne’s “those girls” snub is startlingly similar to the Queen Mother’s “that woman” quip.

Both women were no-nonsense royals, who believed that duty should be the highest priority for those in The Firm.

A number of royal commentators felt that Anne’s opinion was fuelled by resentment about Diana hogging the limelight.

The Princess of Wales had taken the world by storm and was outshining the rest of the family.

The press were only interested in Diana and Anne was “old news”. 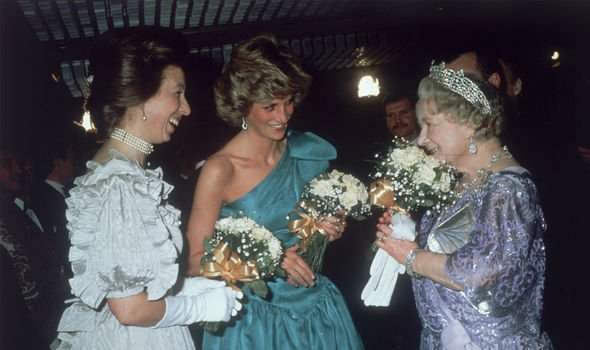 They even explicitly compared the two, arguing that Anne should take a leaf out of Diana’s book when it came to engagements.

Anne had been working with Save the Children for a number of years, but always came across as slightly stiff, distant and “business-like”.

By contrast, when Diana started working with the Red Cross, she was very hands-on, touching and hugging people, and her warm demeanour made for great pictures.

Royal biographer Penny Junor told the documentary: “There was Diana on the one hand, who was incredibly touchy-feely, who hugged children, who put children on her lap, who even kissed people ‒ grown-up people ‒ in public.

“And then there was Anne, not touching anyone, not playing up to the cameras at all.

“She does seem very, very business-like, but she gets the work done.”

Anne was angry that she was being compared unfavourably to Diana in this way, because she was doing around twice as many engagements as her every single year.

Harry Arnold, royal reporter for The Sun, claimed Anne once complained about this to a colleague.

She reportedly said: “I work hard every day. I’m never in the paper. No one ever thanks me. All she has to do is show up.” 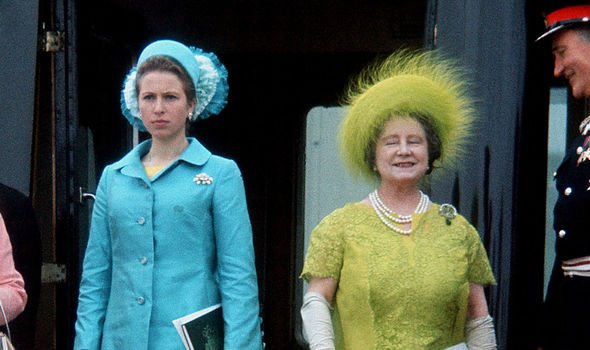 Mr Arnold said: “I think that sums up their relationship. Diana stole everyone’s limelight and Anne resented it.”

While Anne seemed to resent Diana for taking all the attention, the Queen Mother resented Mrs Simpson, because she was unceremoniously thrust into the limelight herself.

Back in the Thirties, life as the Duke and Duchess of York was relatively quiet.

They had all the privileges of being in the Royal Family without the burden of being monarch and consort. 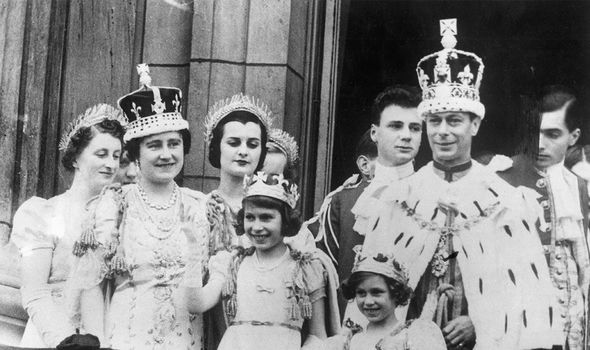 That all changed when the King abdicated and they were forced to shoulder all the responsibility.

The Queen Mother and Princess Anne are both very popular royals, with the former being held in high regard even when the Royal Family was struggling in popularity polls.

Anne, despite having a difficult relationship with the press early in life, remains a popular royal too, ranking 4th on YouGov, below only the Queen, Prince William and Kate, Duchess of Cambridge.

It is believed it was these two royals’ hard work and dedication to duty that earned them this respect and admiration.