Princess Beatrice has offered royal fans a special glimpse into her private wedding, held “behind closed doors” during the coronavirus lockdown. The Queen’s granddaughter married Edoardo Mapelli Mozzi in July, after her original wedding date in May was postponed due to the pandemic. The marriage took place at the Royal Chapel of All Saints at Royal Lodge, with only close family in attendance.

This meant that no member of the public had the chance to see Beatrice on her wedding day.

However, Princess Beatrice’s wedding dress and shoes will go on display at Windsor Castle, offering fans a glance into the special day itself.

The dress was loaned to the bride by her grandmother, the Queen, who first wore the gown for a State dinner in Rome in 1961.

Her Majesty wore the dress two more times in the 1960s: the London premiere of the film Lawrence of Arabia in 1962 and the State Opening of Parliament in 1966.

JUST IN: Princess Eugenie’s ‘biggest fight’ with Beatrice ahead of wedding 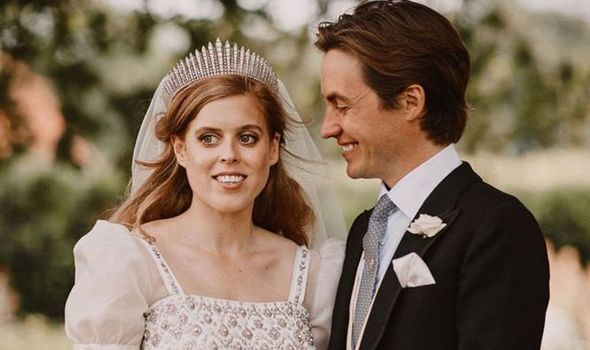 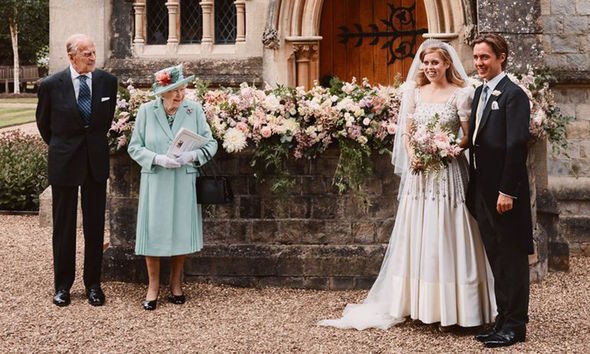 Following in the footsteps of Meghan Markle and her sister Princess Eugenie, the Royal Collection Trust have announced Princess Beatrice’s items will go on public display at Windsor Castle from 24 September.

ITV Royal Producer Lizzie Robinson said: “Princess Beatrice’s dress is going to go on display from the 24th September. Just as Meghan did, and Eugenie did.

“This is particularly lovely because Beatrice had to hold her wedding behind closed doors, and no members of public got to see her.”

ITV News Royal Editor Chris Ship added: “It was not just because of COVID, but also this controversy surrounding her father Prince Andrew.” 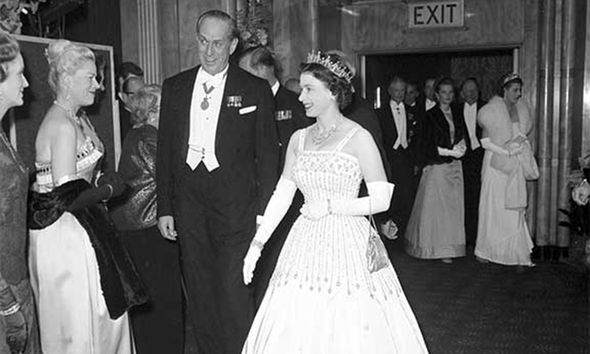 Robinson continued: “So this is a lovely chance for the public to go see this dress that was once formerly worn by the Queen.

“The dress has been refashioned by Angela Kelly, personal dresser to the Queen. Sleeves were added, and it was fitted to Beatrice.

“The display will also feature her wedding shoes. She wore those shoes to the Duke and Duchess of Cambridge’s wedding.” 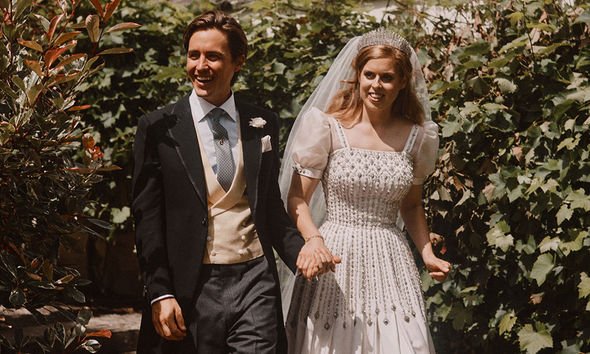 In a last-minute request at her wedding, Princess Beatrice borrowed the Queen’s dress for her wedding gown.

A friend of the bride told PEOPLE: “Beatrice made a request to borrow one from the Queen, and that was kindly granted – and it looked amazing!

“It was touching for both of them.”

The wedding itself came are together in just two weeks after the UK government announced that the wedding ban due to lockdown measures would be lifted on July 4.

A source told PEOPLE: “They swung into action and brought it all together in two weeks, which is quite extraordinary.”