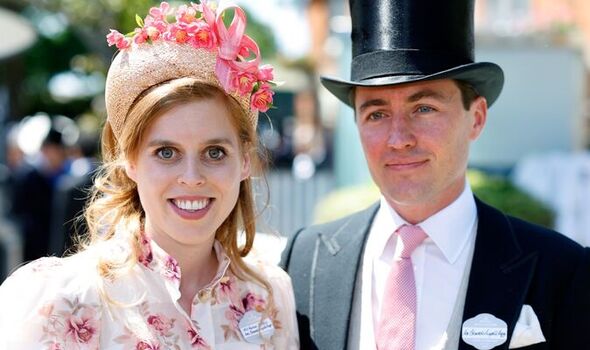 Her Majesty did not attend the launch of Royal Ascot and will miss the second day, too. With one runner, Perfect Alibi, expected to race at 3.05pm, it is believed to mean a lot to the Queen that some of her closest family members step in for her. While Beatrice and husband Edoardo Mapelli Mozziwill be in the third carriage of the royal procession, the Prince of Wales, the Duchess of Cornwall and Vice Admiral Sir Tony Johnstone-Burt will be in the first.

Tuesday’s royal procession was the first seen since 2019.

In the monarch’s absence, the 73-year-old heir to the throne and his wife Camilla led a carriage procession by the racecourse with the Princess Royal’s son Peter Phillips.

Following closely behind them was the Duke and Duchess of Gloucester, as well as Prince and Princess Michael of Kent.

Anne rode in the third carriage with guests, while Beatrice and Edo walked through the gates with other racegoers.

Royal Family LIVE: Meghan ‘ready’ to turn back on UK after Lilibet snub

The Queen’s decision not to attend Royal Ascot might be linked to the episodic mobility issues she has been experiencing since last fall and that led her to pull out from several Platinum Jubilee events earlier this month.

Yet, the monarch was there in spirit, which could be felt through the words she penned for the event’s programme.

She wrote: “After the challenges of recent times, this year’s royal meeting provides a long-awaited opportunity for supporters of racing from all over the world to come together for five days of outstanding sport.

“Once again, it is thrilling that horses from around the globe have travelled to Royal Ascot to compete at the highest level.

She added: “I have been most grateful for the continued kindness shown to me by the racing community.”

There is still hope Her Majesty might make an appearance on Thursday, Gold Cup day, when she traditionally presents the trophy to the big-race winner and has an odds-on shot running in one of the races.

COVID-19: All countries on red list to be removed as ‘less effective’ in slowing Omicron – Javid