Princess Beatrice, 31, is to have a central London wedding and will tie the knot with Edoardo Mapelli Mozzi at the Chapel Royal in St James’s Palace. The royal wedding will take place on May 29 and while the ceremony will be an intimate affair the reception couldn’t have a more glamorous setting.

The Palace statement read: “The wedding of HRH Princess Beatrice of York and Mr Edoardo Mapelli Mozzi will take place on Friday 29 May 2020. The couple became engaged in Italy in September 2019.

“Her Majesty The Queen has kindly given permission for the ceremony to take place at The Chapel Royal, St James’s Palace. 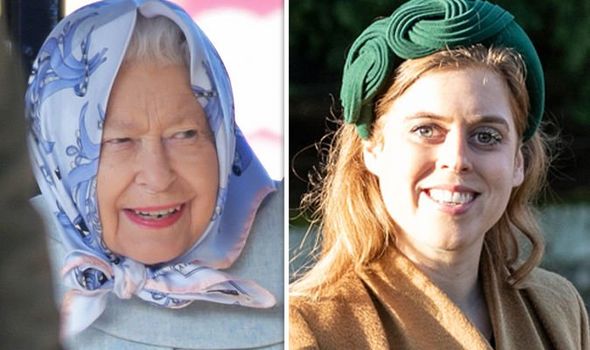 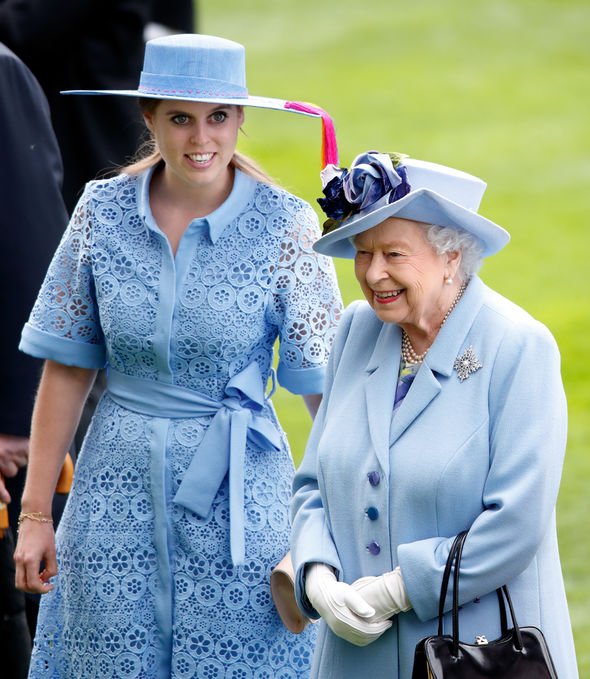 This honour has not be granted a royal bride and groom since Kate, Duchess of Cambridge and Prince William tied the knot in 2011.

While the Queen’s offer to Beatrice is a kind gesture of support, there is also a very practical reason for it.

While Kate and Wills tied the knot at Westminster Abbey in London, since then royal weddings have all taken place in Windsor.

Prince Harry and Meghan Markle tied the knot at St George’s Chapel in May 2018, followed by Princess Eugenie that October and Lady Gabriella Windsor last May. 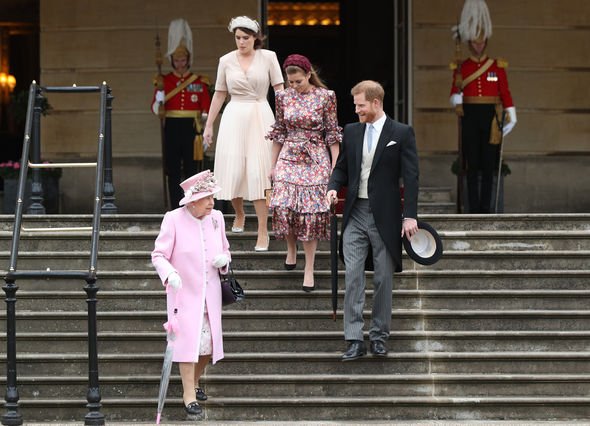 The Windsor location of these weddings meant their receptions were all hosted nearby.

Meghan and Harry had theirs at Frogmore House while Princess Eugenie and Jack celebrated at the York’s family home the Royal Lodge in Windsor in Great Windsor Park.

The Queen would have been highly aware of this when she stepped forward to offer up Buckingham Palace.

However, the Queen has stuck by her son throughout and Beatrice’s wedding reception is another show of her support for Andrew and his daughters.

He said: “The decision to have a low key wedding for Princess Beatrice when she marries Eduardo Mapelli Mozzi in May, but to have the venue as the historic Chapel Royal followed by a reception hosted by the Queen in the gardens of Buckingham Palace strikes the right note.” 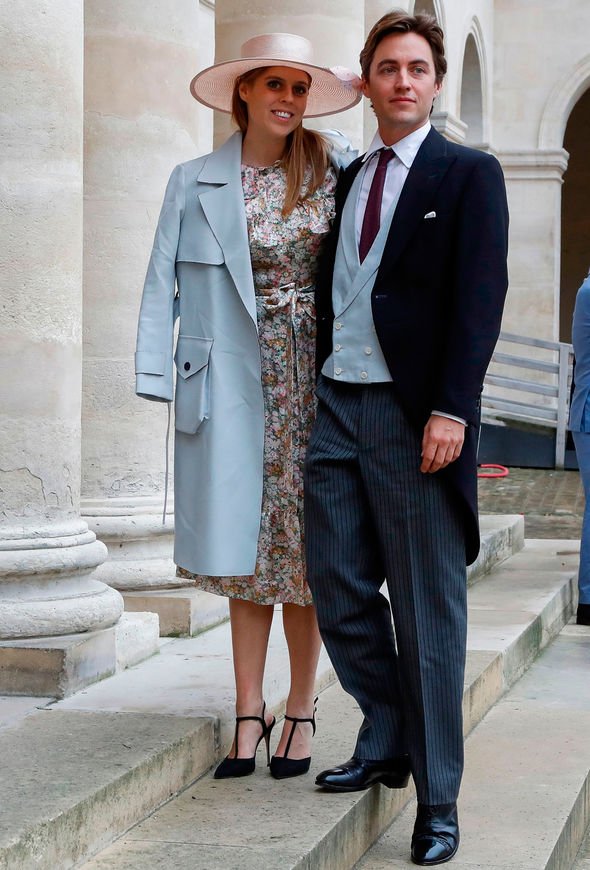 He added: “It also takes into account the changed circumstances since Eugenie’s stylish marriage to Jack Brooksbank which attracted a television audience of some three million people and was held at St George’s Chapel, Windsor in 2018.

“Involving prestigious venues gives a cachet to the occasion, which the Queen obviously intended, as well as keeping it private and relatively low-key with the Chapel Royal only seating 150 guests.”

“It is a cruel twist of fate that, unless Beatrice’s father Prince Andrew is seen to have cooperated with the FBI inquiry into Epstein, the wedding will be at least partly overshadowed by allegations against him and the coverage will highlight issues linked to this most disastrous of royal friendships.”

Senior royals are expected to attend the event including the Queen’s husband.

Meghan Markle and Prince Harry could decide to return from Canada with baby Archie for the family event.

Queen heartbreak: Monarch to leave Prince Philip behind as she plans return to royal duty