Lorraine reveals she doesn’t like the statue of Princess Diana

Princess Diana has been immortalised in a new statue that stands in the Sunken Garden at Kensington Palace – known to have been one of her favourite spots. Her sons Prince Harry, 36, and Prince William, 39, came together to unveil the sculpture on Thursday at a private event attended by just her siblings, the garden designer and the artist who made the work.

The statue is by sculptor Ian Rank-Broadley and depicts Diana surrounded by three young children.

A Kensington Palace statement explaining the statue’s symbolism read: “The figure of Diana, Princess of Wales, is surrounded by three children who represent the universality and generational impact of the Princess’s work.

“The portrait and style of dress was based on the final period of her life, as she gained confidence in her role as an ambassador for humanitarian causes and aims to convey her character and compassion.” 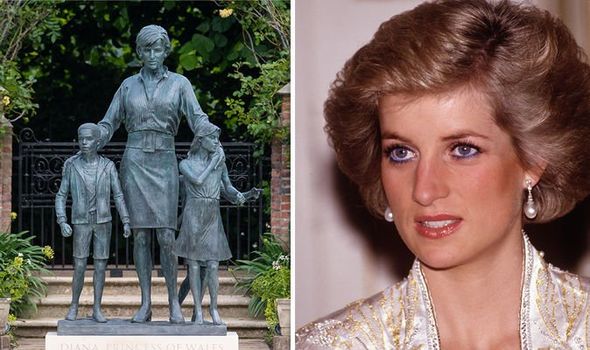 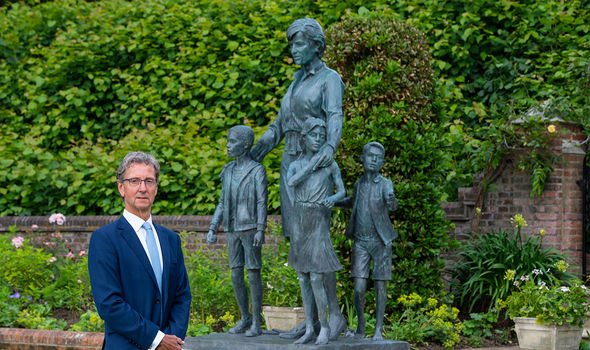 The artwork has had a mixed reception and one royal commentator claimed the depiction of the often “lonely” Princess of Wales in a group was “unexpected.”

Reacting to the statue unveiling royal commentator and art expert Richard Fitzwilliams told Express.co.uk: “It was so good to see the brothers together on an occasion to honour the mother they are devoted to.

“They certainly seemed at ease with each other from the brief glimpses we had and the event, small scale because of Covid restrictions, finally honoured a truly remarkable person who has had a profound effect on British life.

“We all hope for a reconciliation, this, as is obvious from the events of recent months, will not be easy and must involve Catherine and Meghan.” 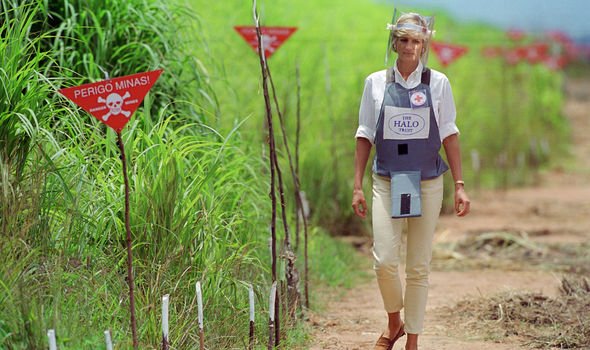 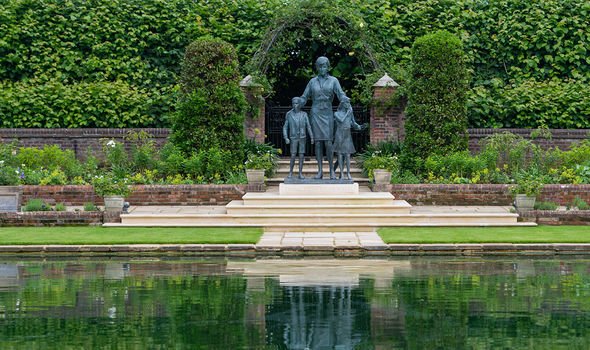 In reference to the artwork itself, Mr Fitzwilliams said: “I had expected a statue of Diana by herself.

“She was essentially a loner, who craved affection which she almost invariably failed to receive and who also reached out to others in her own, special way.”

Mr Rank-Broadley faced a “huge challenge” when the princes commissioned him for this project, Mr Fitzwilliams claimed.

He added: “The sculptor had a huge challenge, how to capture the essence of someone who was such a deeply complex individual, yet whose achievements were so significant.”

Mr Fitzwilliams added: “During her lifetime her beauty was wonderfully well captured by the likes of Mario Testino on camera but very few artists succeeded in doing so on canvas.”

Showing Diana surrounded by children may help the legacy of her achievements to live on, Mr Fitzwilliams claimed.

He said: “I am delighted a statue is up to honour her at last, the device of including children was probably motivated by the fear that future generations might not remember her achievements.

“It is not an image which is likely to resonate with those who prefer contemporary work, but it is likely to please her many admirers which is what was intended.” 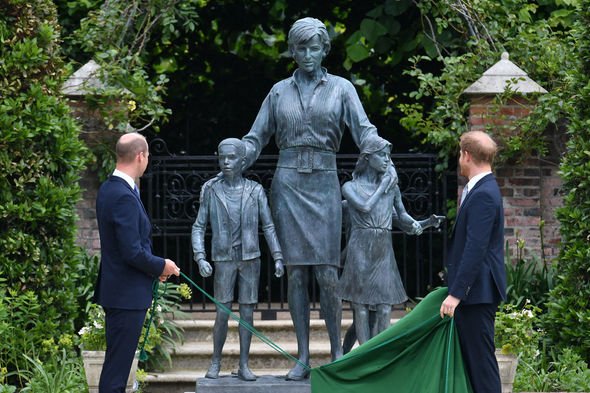 The Sunken Garden was redesigned ahead of the statue unveiling to reflect the late princess’s taste in flowers, with more than 4,000 new blooms planted there.

Mr Fitzwilliams added: “I am looking forward to seeing it in the beautifully landscaped Sunken Garden with its 4,000 flowers and judging it in its proper environment.

“The creation of this idyllic sanctuary is undoubtedly an exquisite tribute to a truly extraordinary individual.”

While Harry and William have been at odds in recent months, they appeared to have made peace ahead of yesterday’s reunion.

Coronavirus shock: Droplets can stay in the air for more than an HOUR -top scientist warns