The Princess of Wales reportedly used to encourage Harry’s rebellious spirit, telling him: “You can be naughty. Just don’t get caught.” In the book ‘Finding Freedom’ by Omid Scobie and Carolyn Durand, published this week, the authors claimed Harry “took that message to heart”. Harry apparently established himself as “the cheeky one” when he was very little, when he stuck his tongue out during Trooping of the Colour.

Diana “did little to dampen his high spirits”, doing cheeky things herself like smuggling starbursts into his and his brother Prince William’s socks when she would visit them at boarding school to watch them play football.

She also would send them off-colour greetings cards to make them laugh.

Harry seemed to share his mother’s love of humour and mischief.

For example, he once snuck out of the Palace gates while playing with royal protection officer Ken Wharfe and ran half a mile down the road. 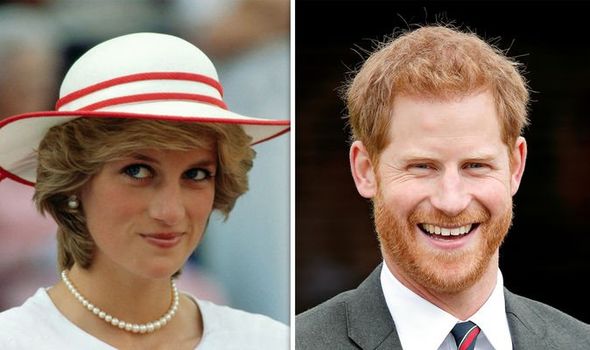 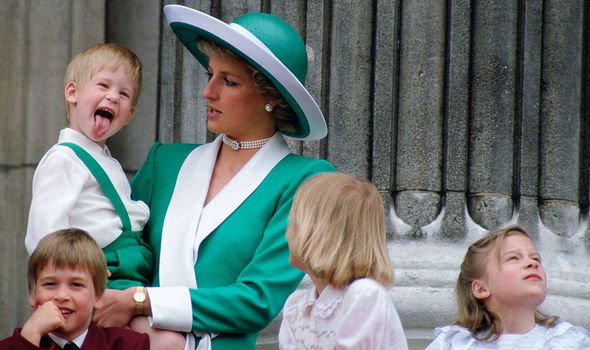 He then radioed the royal bodyguard on his walkie-talkie and told him he was outside Tower Records, and Mr Wharfe had to charge off and find him.

According to ‘Finding Freedom’, Diana might have forgiven Harry’s indifference to the rules in part because he was never destined to be King ‒ his older brother William was the heir, and he was the spare.

However, as he grew up he managed to get himself into some tricky situations ‒ and got caught multiple times, which was embarrassing for the Royal Family.

The authors wrote: “It seems he took to hear the first part of his mother’s message about getting into trouble, but couldn’t quite figure out how to pull off the second part about not getting caught.” 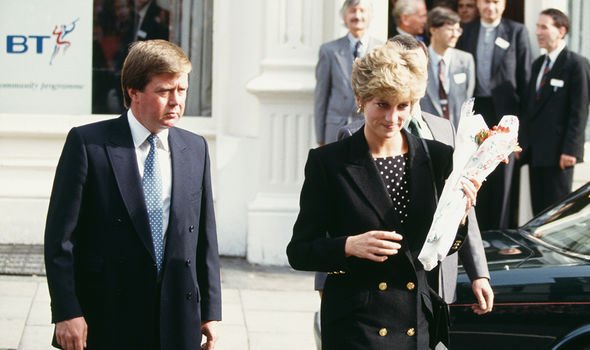 As a teenager, Harry was caught with cannabis and was sent to a drugs rehabilitation clinic for a day.

The 17-year-old had smoked cannabis on the grounds of his Highgrove Home, and drunk heavily at a local pub, according to News of the World

He was even kicked out of a pub near Highgrove once because of bad behaviour.

In his early Twenties, Harry had numerous wild nights out in London at clubs like Jak’s, Funky Buddha and the Wellington Club. 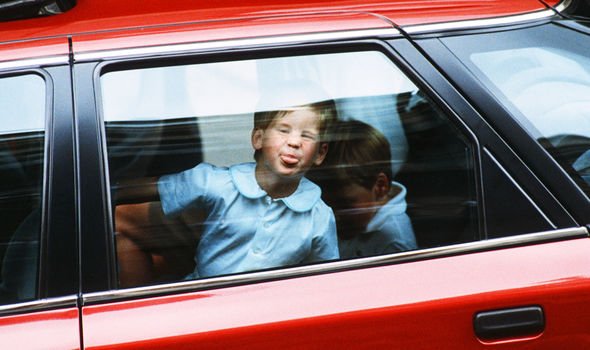 However, his worst PR moment was when the press got wind that he went to a fancy dress party in a Nazi costume.

The photograph of the prince holding a drink and smoking a cigarette with a swastika on his arm was splashed across the Tabloid front pages.

Harry apologised profusely, but it was a particularly galling incident because it was right before the 60th anniversary of the liberation of Auschwitz.

Then, in 2012, Harry was once again caught getting up to mischief when he was pictured on a Las Vegas trip with his friends Tom “Skippy” Inskip and Arthur Landon.

TMZ published grainy pictures of Harry naked with his hands over his genitals as he played a game of “strip pool” with some friends in his hotel suite.

A former royal protection officer told the Finding Freedom authors: “It was a bad moment. Everyone was in a lot of trouble.”

However, all this bad press did not seem to put Meghan off her first date with Prince Harry, because she felt that “the media didn’t always get it right”.

While Prince William had to shoulder the burden of being the future King, he was known to be cheeky himself on occasion.

Simone Simmons, who was Diana’s healer and friend, said William took after his mother when it came to practical jokes.

She told the Daily Mail last year: “He phoned me up once pretending to be Charles asking about ‘my wife Diana’.

“But he couldn’t keep it up and guffawed with laughter down the phone. He was about 13 or 14.”

Finding Freedom’ was written by Omid Scobie and Carolyn Durand, and was published by HQ on August 11. It is available here.