Princess Eugenie is pregnant with her and her husband Jack Brooksbank’s first child, due in early 2021. On Tuesday, the royal appeared in a Christmas video message shared on Instagram for the Anti-Slavery Collective which she co-founded.

During the video, Princess Eugenie wore a check pinafore with ruffles over a long-sleeved black top.

The royal was joined by co-founder Julia de Boinville, both with festive Christmas tree backgrounds.

The pair captioned the video: “This year has been especially difficult for so many families, businesses, and organisations.

“We know that in times of emergency, exploitation increases. COVID-19 has created many challenges for victims and survivors of modern slavery, while amplifying the vulnerabilities of those most at-risk. 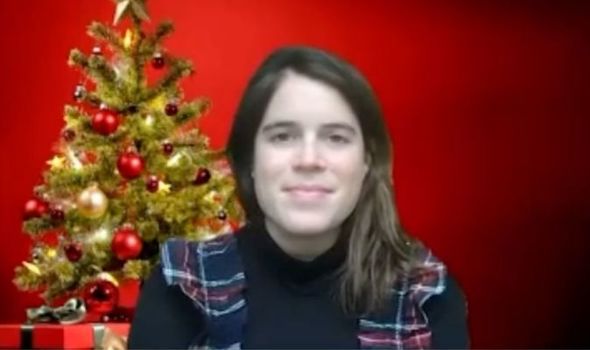 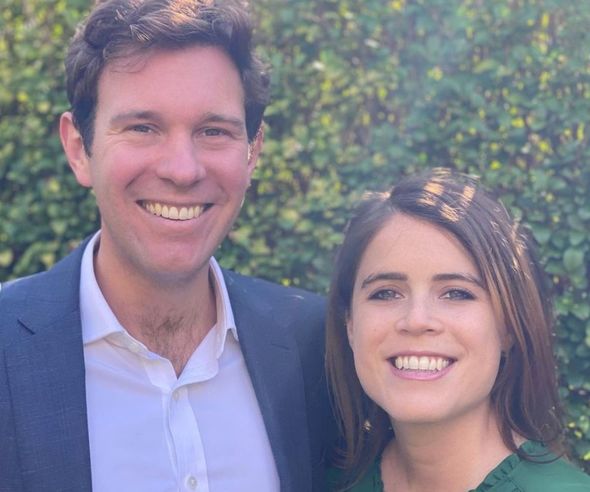 “We are so proud of all the work that’s been done in the anti-slavery movement this year and look forward to what 2021 has to bring.”

During the video, the pair thanked their collective’s supporters during a “particularly tough year” and wished them a “Happy Christmas”.

Princess Eugenie said: “Jules and I just wanted to take the time to thank everyone who supported the Anti-Slavery-Collective but also to reflect a bit on our year and how wonderful it’s been even in a very difficult time.

“We’ve managed to speak to many NGOs and different people who have told us about the incredible work that is still continuing to fight modern slavery.” 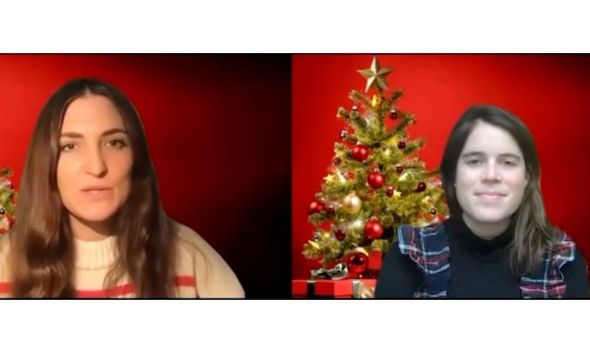 Princess Eugenie announced her pregnancy in September but, due to the coronavirus pandemic, fans have had little opportunity to see the royal in public.

But earlier this week, Princess Eugenie was seen in London wearing a silver mini dress according to reports.

The royal couple are expecting their first child in early 2021. 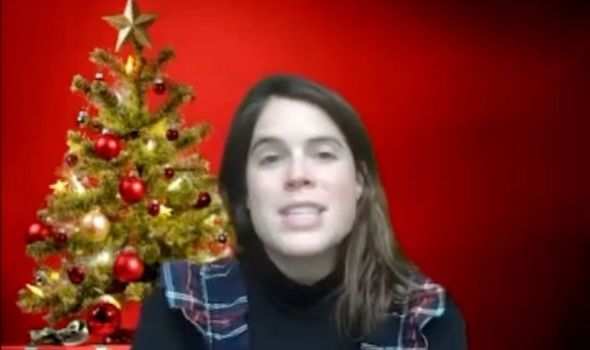 One social media user wrote: “We’re all so happy and excited for another royal baby we’re so delighted.”

While another wrote: “Congratulations to both you and Jack. Wishing you a beautiful pregnancy and hoping for a safe delivery in these unprecedented times.”

Princess Eugenie’s recent outings and rare videos come after reports that she and her husband moved out of Prince Harry and Meghan Markle’s Frogmore Cottage after just six weeks. 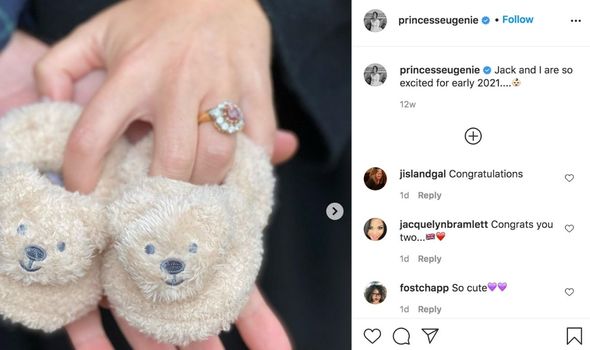 The couple were reportedly loaned the five-bedroom cottage by the Sussexes.

Royally Obsessed podcast hosts Roberta Fiorito and Rachel Bowie discussed why the “mysterious exit” from the residency may have happened.

Ms Fiorito told listeners: “We don’t really know, the details are super spotty. But they’ve moved back to Ivy Cottage at Kensington Palace.”

Ms Bowie added: “For all we know, their plan was always to go back and forth, but it’s weird. I read somewhere that Harry and Eugenie had worked out an arrangement so this is not unexpected.

“I do think that Harry and Eugenie have obviously communicated in these past few weeks.”

Meghan Markle revelation: How Duchess ‘wants to be Princess Diana 2.0’