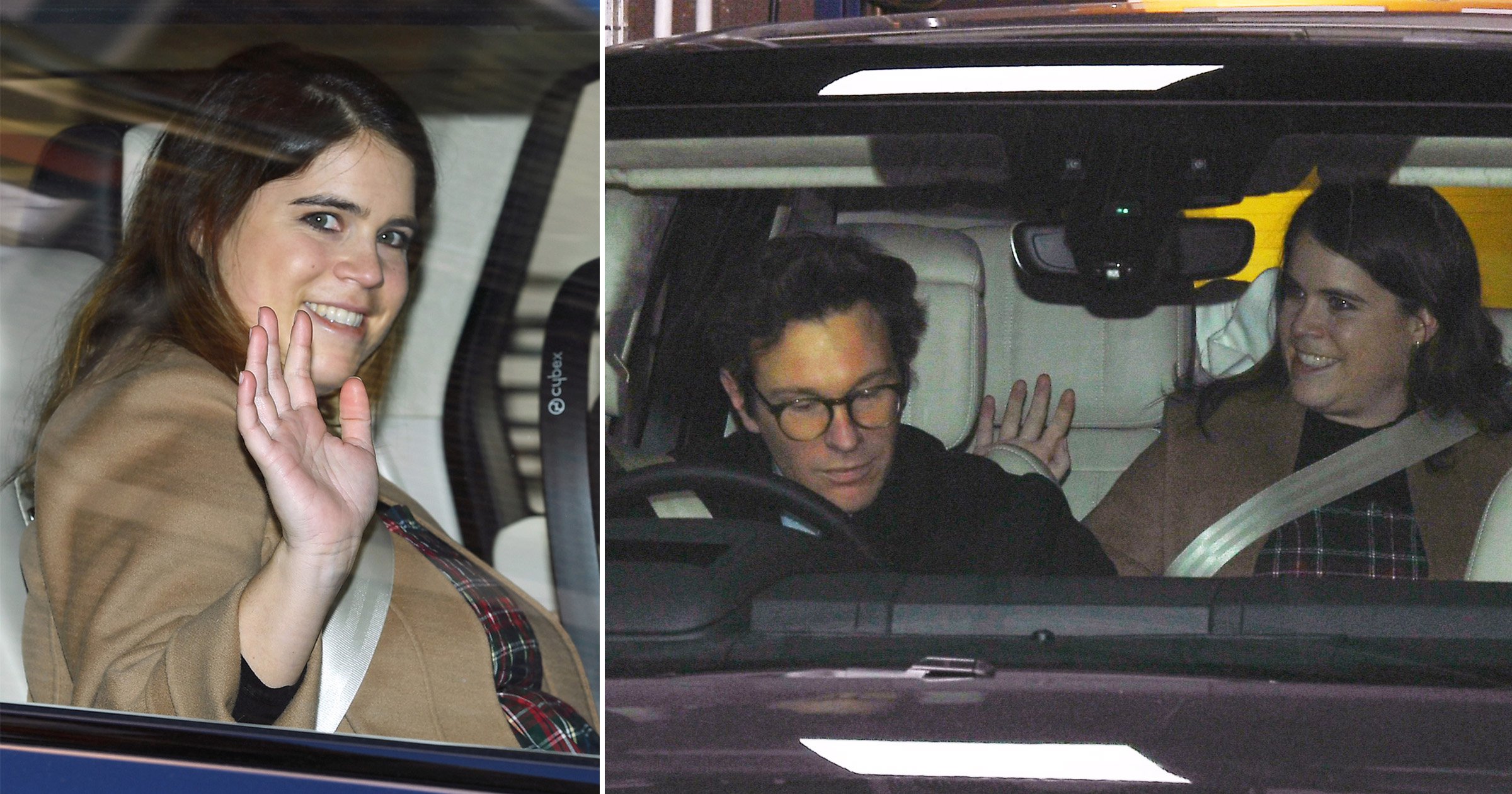 The first-time mother, 30, was pictured smiling and waving to photographers as she was driven away by her husband Jack Brooksbank.

The royal, who is the daughter of Prince Andrew and Sarah Ferguson, spent three days in hospital after her son was delivered shortly before 9am on Tuesday, weighing 8Ibs 1oz.

She gave a glimpse of the newborn later that evening, sharing a black and white picture of her cradling her son’s hand on Instagram.

The image was captioned with three blue hearts in a row.

The new arrival, whose name has not been revealed, is Queen Elizabeth’s ninth great-grandchild and 11th in line to the throne.

However he won’t have a royal title, and will likely be known as Master Brooksbank due to royal convention.

He will also not be entitled to the York dukedom, which Prince Andrew currently holds. Both Eugenie and her sister Princess Beatrice have ‘of York’ in their names to reflect their father’s title.

But royal titles can only be passed through the male line, and as Andrew has no sons, it will be left vacant when he dies.

The Queen could bestow a title on her ninth great-grandchild if desired, but sources say it will not be asked for.

Speaking to Vanity Fair’s Katie Nicholl, an insider recently revealed: ‘Eugenie knows that a title can be a curse as well as a blessing and she and Jack want their child to live an ordinary life and eventually work to earn a living.’

The new mother is currently on maternity leave from her job as a director at Mayfair art gallery Hausery & Wirth, while Jack works for tequila brand Casamigos.

The couple married in October 2018, after meeting in Verbier, a ski resort in Switzerland, in 2010. They got engaged in Nicaragua in January 2018.

James and Philip have become the new favourite names at the bookmakers for their baby boy.

However, as 10th in line to the throne, Eugenie is not as bound by tradition as her cousin Prince William, and could choose a more modern name.

Meghan Markle latest: When are Meghan and Harry coming back to the UK?