Royals: Expert on what Queen knew about Newsnight interview

The Princess took to Instagram to share a picture taken at Trooping the Colour with Princess Beatrice and Zara Tindall, with the trio looking relaxed and happy.

She posted the photo as part of a selection shared to mark her big sister Beatrice’s birthday on Monday.

Zara stunned in a red Beulah London maxi dress, while Eugenie, 32, wore a baby blue lace dress from Self Portrait, the same outfit she wore while watching the RAF Flypast with her husband Jack Brooksbank and their son August.

Beatrice wore a floral Vampire’s Wife dress that she also wore for Trooping the Colour.

Though the three cousins did not participate officially in the day or appear on the balcony, they were spotted watching the parade at the Household Cavalry museum along with Meghan Markle and Prince Harry, reported Vanity Fair.

During the Jubilee celebrations Eugenie shared a touching tribute to the Queen, telling royal fans: “Her Majesty the Queen is an incomparable monarch who has reached a record-breaking milestone. 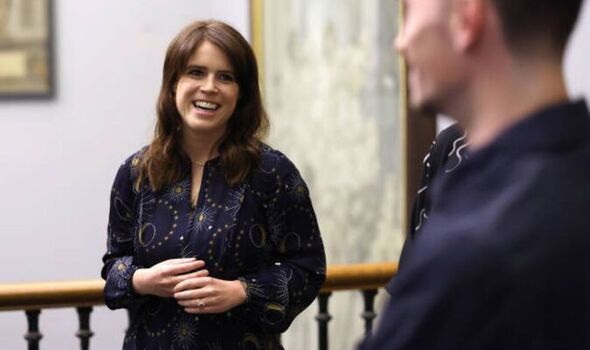 “She also happens to be my grannie, and I am a very proud granddaughter.”

Other pictures posted for Beatrice’s 34th birthday include one of the sisters at the Service of Thanksgiving held for Her Majesty at St Paul’s Cathedral.

Eugenie captioned the post: “Happy Birthday to my special big sissy. Love you so much.” 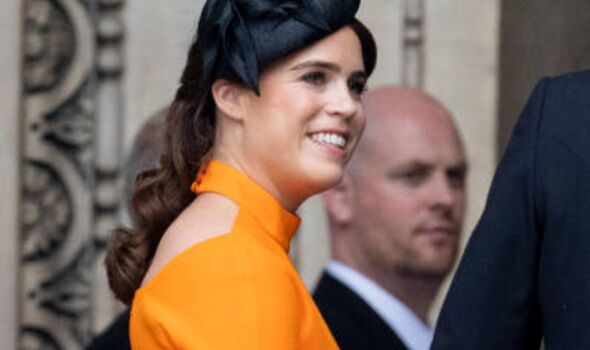 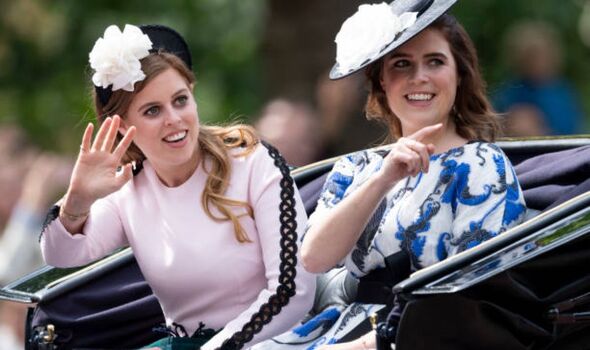 The York sisters and their mother Sarah Ferguson are known for their closeness.

Speaking in an interview with The Telegraph in 2008, Eugenie said: “Mummy, Bea and I call ourselves ‘The Tripod’, they are my best friends in the world.”

Both Beatrice and Eugenie became parents for the first time in 2021. 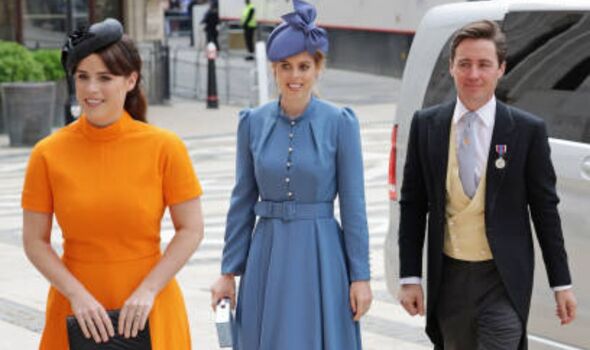 The children’s middle names are also touchingly linked, named after the Queen and her late husband the Duke of Edinburgh.

Prince Philip passed away at the age of 99 on April 9 2021, exactly two months after the arrival of his great-grandson and two months shy of his 100th birthday.