This is proving to be a big year for royal babies after Princess Eugenie welcomed son August in February, while Zara Tindall had a boy, Lucas, in March, and Princess Beatrice is expecting her first child, who will be the Queen’s 12th great-grandchild, in the autumn. Meghan gave birth to her second child at 11.40am on Friday June 4 at Santa Barbara Cottage Hospital in California, with the couple saying they were “blessed” by Lili and describing her as “more than we could have ever imagined”. The baby – a younger sister for the Sussexes’ two-year-old son Archie Mountbatten-Windsor – weighed 7lb 11oz.

Harry’s cousin shared her delight at the news as she posted on Instragram this evening: “Congratulations dear cousins…we couldn’t be happier for you all”, followed by a string of heart emojis.

Lilibet is the Queen’s family nickname and the choice pays tribute to the monarch at a challenging time for the Windsors, who are mourning the loss of the Duke of Edinburgh.

They have also faced heartbreak and division after the Sussexes, who quit as senior working royals last year, plunged the monarchy into crisis with their bombshell Oprah Winfrey interview.

Harry made further controversial comments about his family in the following weeks, and has also experienced a long-running rift with his brother William.

William and Kate’s official Twitter account posted a message saying: “We are all delighted by the happy news of the arrival of baby Lili. Congratulations to Harry, Meghan and Archie.” 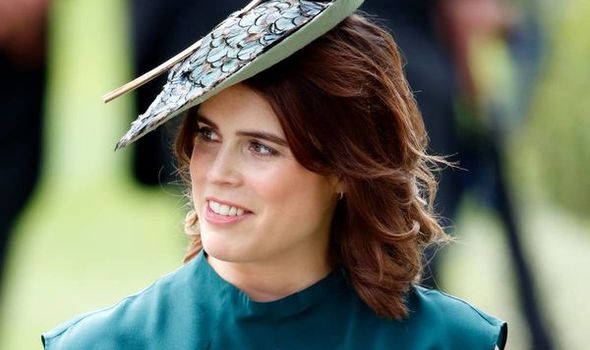 The Prince of Wales and the Duchess of Cornwall’s account also welcomed “baby Lilibet Diana”, adding: “Wishing them all well at this special time.”

The monarchy’s official Twitter account shared an image from Harry and Meghan’s wedding day, celebrated the arrival, and noted that the baby was the Queen’s 11th great-grandchild.

It also echoed an earlier statement from a Buckingham Palace spokeswoman, saying: “The Queen, The Prince of Wales and The Duchess of Cornwall and The Duke and Duchess of Cambridge are delighted with the news.”

In a message of thanks on their Archewell website, Harry and Meghan said: “On June 4, we were blessed with the arrival of our daughter, Lili. She is more than we could have ever imagined, and we remain grateful for the love and prayers we’ve felt from across the globe. 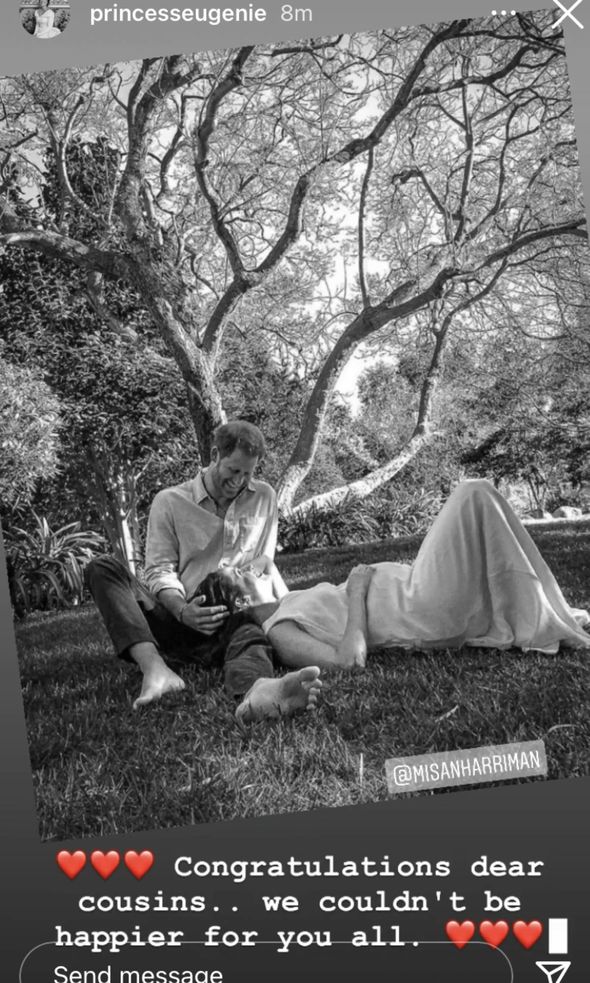 Prime Minister Boris Johnson was among those who joined in celebrating the baby’s arrival, tweeting: “Many congratulations to The Duke & Duchess of Sussex on the birth of their daughter.”

She added: “Both mother and child are healthy and well, and settling in at home.

“Lili is named after her great-grandmother, Her Majesty the Queen, whose family nickname is Lilibet.

“Her middle name, Diana, was chosen to honour her beloved late grandmother, the Princess of Wales.”

Harry had long been expected to honour his late mother Diana, Princess of Wales, who died in a car crash when he was 12.

The couple’s spokeswoman added: “The duke and duchess thank you for your warm wishes and prayers as they enjoy this special time as a family.”

Harry and Meghan are now on parental leave, their website said.

The couple revealed they were expecting a girl in March during their explosive interview with Winfrey.

It was a lighter moment during a broadcast that left the monarchy in crisis.

Meghan accused an unnamed member of the royal family – not the Queen or Philip – of racism, saying they expressed concern about how dark Archie’s skin tone might be before he was born.

The duchess also criticised the institution for not helping her when she was suicidal.

The Queen responded by saying the issues were taken “very seriously” but “some recollections may vary” and the matter would addressed by the family privately.

The new baby is the Queen’s 11th great-grandchild, and the first to be born since Philip’s death.