Princess Eugenie, 30, is the granddaughter of Queen Elizabeth II and tenth in line to the British throne. In October 2018, she got married to Jack Brooksbank in a ceremony at Windsor Castle, with many members of the Royal Family in attendance.

Like most of the Queen’s grandchildren, Eugenie was given Her Royal Highness status when she was born and holds the title of Princess.

She is the daughter of Prince Andrew and Sarah Ferguson and younger sister to Princess Beatrice, 31.

Beatrice is the latest member of the Royal Family to tie the knot.

She got married to Edoardo Mapelli Mozzi in a small ceremony which took place last month. 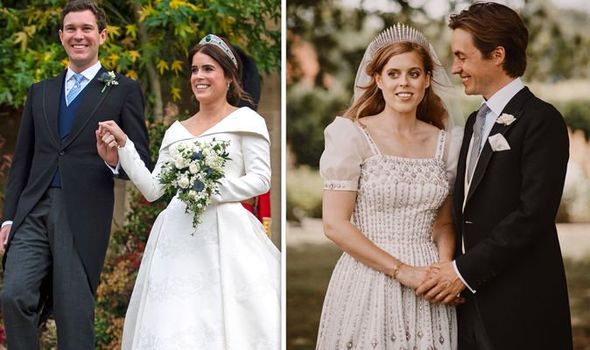 The wedding was held at All Saints Chapel with the Queen and Prince Philip among the limited attendees.

The couple had originally planned to get married in May but had to postpone the occasion due to the coronavirus pandemic.

Unlike Eugenie, Princess Beatrice adopted a new title upon her marriage to Edoardo.

However, it was not a title that was given by the Queen but rather one she inherited from the Mapelli Mozzi family. 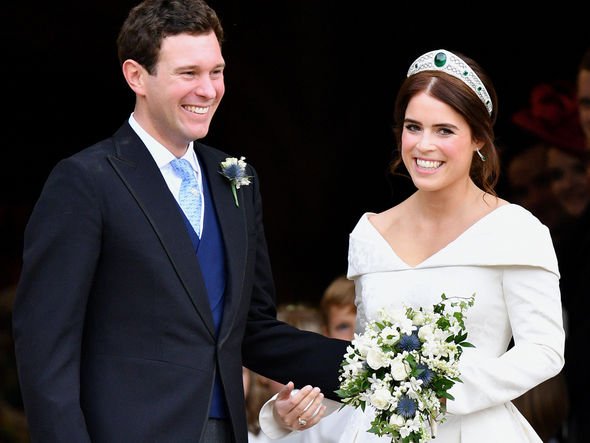 Beatrice automatically became a ‘contessa’ when she got married, which is the Italian equivalent of a countess.

Edoardo’s father, Count Alessandro Mapelli Mozzi, explained: “Edoardo is the only male descendant taking the family into the next generation.

“He is a count – his wife will be a countess automatically and any of their children will be counts or nobile donna (women).”

Beatrice and Edoardo’s wedding came together in just two weeks after the government eased its lockdown restrictions. 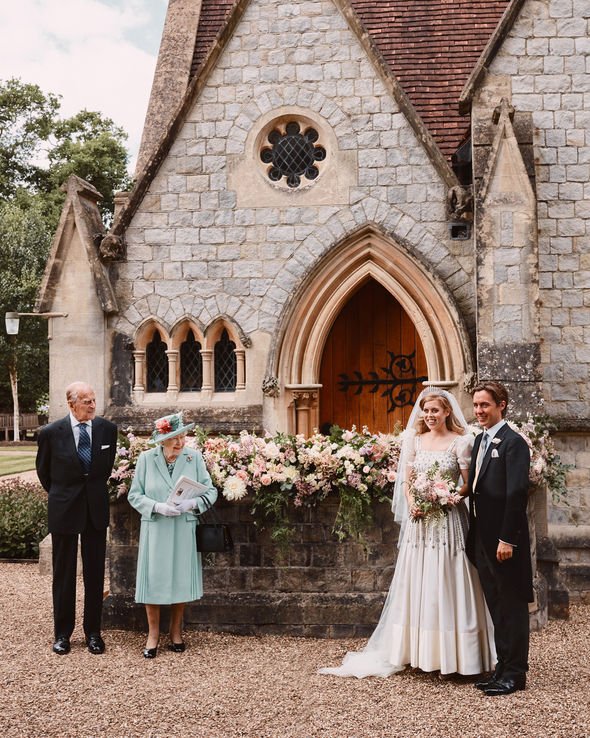 A source told PEOPLE: “They were both desperate for it to happen.

“They wanted everything to be very classic and elegant; small but refined. It felt super- romantic and lovely.”

Beatrice and Eugenie are famously very close and body language expert, Judi James, has offered more insight into their relationship.

“Beatrice and Eugenie often show body language signals that suggest they draw strength from one another to cope with any hurdles the family might be facing,” James told Express.co.uk. 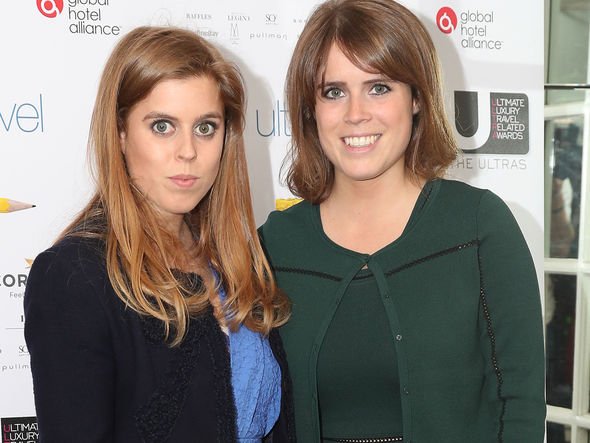 “They dress in very similar, often controversial styles and their love of block colours and unusual tailoring reflects their mother’s influence.”

The expert also compared the body language of the sisters’ grooms on their respective wedding days.

She added: “Unlike Bea, [Eugenie’s] non-royal groom Jack did appear to be in need of some support and morale-boosting on the day.

“Jack’s smile would have lit up the venue single-handedly but he also showed signs of nerves next to his more experienced bride.”