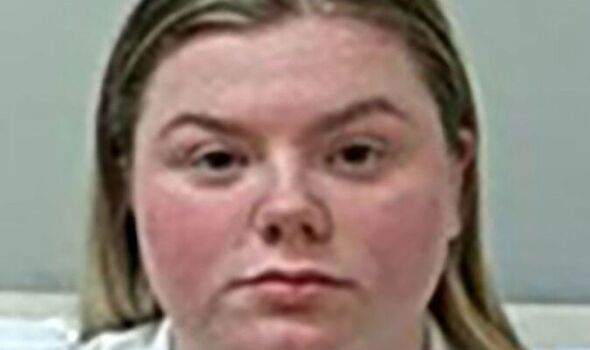 Alisha Fallows, 23, had a relationship with inmate Damien Baxendale while working as a prison custody officer at HMP Lancaster Farms. Preston Crown Court heard that Fallows, of Goldsmith Street, Barrow-in-Furness, would speak to Baxendale using the prison phone lines by pretending to be a family member.

The court heard that the pair also used mobile phones to stay in touch.

A judge was told their “inappropriate” relationship lasted between November 2020 and February 2021, Manchester Evening News reported.

She was arrested in December 2020 on suspicion of misconduct in a public office following a joint investigation between the Prison Anti-Corruption Unit at the North West Regional Organised Crime Unit and HM Prisons’ NW Counter-Corruption Unit.

Fallows pleaded guilty to the offence at an earlier hearing.

On Friday, she was handed a 10-month prison sentence suspended for two years and ordered to complete 250 hours of unpaid work.

Baxendale, from Deane, Bolton, is currently serving a prison sentence for two counts of grievous bodily harm with intent.

He was jailed for 10 years in 2014 after violently assaulting his then girlfriend.

Baxendale pleaded guilty to possession of a prohibited item and was jailed for an additional 10 months on top of his current sentence.

Detective Superintendent Karen Jaundrill Kitchen, of the crime unit, said: “Alisha Fallows abused her position as a prison custody officer by choosing to have an inappropriate relationship with an inmate and she will now have to face the consequences of her actions.

“We want to reassure the honest, dedicated and hardworking staff that work in our prisons that we will continue to take action against people who choose to engage in corrupt activity.”

Parkrun: When is Parkrun coming back? Founder issues update

Boys under 10 found in pornography on garda's computer, court hears