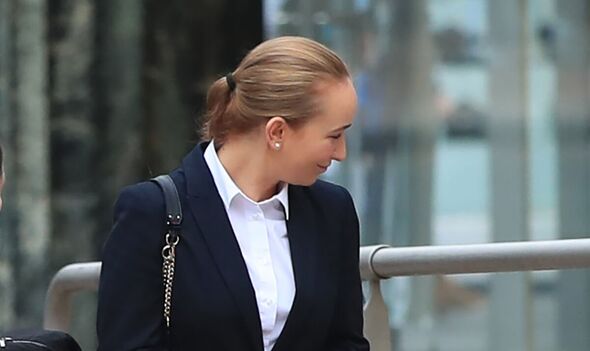 A prison nurse who exchanged thousands of texts and phone calls with a sex offender jailed over a terrifying drug-fuelled assault has avoided being struck-off.

Racheal Donegan became close with inmate Lloyd Senior when, as a mental health nurse, she was involved in providing the 26-year-old man’s medication at HMP Liverpool.

A mobile phone found in Senior’s cell was forensically analysed by police experts, who discovered the device had been in contact with Donegan some 7,678 times over an eight-week period. She was sacked and charged with encouraging or assisting the commission of an offence.

But a disciplinary panel at Nursing and Midwifery Council (NMC) this week only suspended Donegan for 12 months, meaning she could return to the profession in the UK in just one year.

Donegan pleaded guilty to the criminal charge but was spared prison after a court heard there was no evidence of other serious criminal activity such as drug dealing or witness intimidation.

The woman is now working in a care home in Australia, reports Liverpool Echo.

Senior had been locked up in 2015 for chasing a screaming teacher through the streets of Kensington, Liverpool, before tackling her to the floor, ripping her clothes off and forcing his hand into her underwear.

It emerged in Liverpool Crown Court he had taken a cocktail of alcohol, cocaine and ketamine in the lead up to the horrific assault, and was also on licence after serving part of a five-year prison sentence for possessing a semi-automatic handgun and ammunition.

The NMC, which regulates the register of nurses able to practice in the UK, called Donegan to appear before an independent disciplinary panel this month, which published a written judgment on the case.

The panel heard from Donegan, who said she already knew Senior from “when we were teenagers” but claimed the conversations were “just friendly chit-chat and nothing more”.

The panel wrote: “You assured the panel that this behaviour would never be repeated and that these proceedings have been ‘a lifelong lesson’. You stated that you would never want to work in a prison environment again but reiterated that the relationship with the prisoner was just ‘friendly chit-chat’ and ‘nothing more’.

“With regards to your insight, you stated that you have learnt from your mistakes and that ‘it has been a hard six years’. You told the panel that you would never allow yourself to do something ‘so stupid ever again’.”

The suspension order will be reviewed in 12 months and the panel could either lift it, extend it or replace it with a new order.

When Donegan was sentenced for her misdemeanour in 2018, Judge Anil Murray told her: “You’ve been very foolish. You were a nurse in a position of responsibility at HMP Liverpool.

“Examination showed lots of contact between him and you. The prosecution case is you assisted him using his mobile phone by communicating with him. This was serious because you were in a position of responsibility. You must have known that phones in prison are put to misuse.

“Fortunately for you, this was not a phone used for drug dealing or to commit other serious offences and that is important. You could be in a more serious position now.”

She was handed a 12-month community order with requirements to complete 40 hours of unpaid work. However, as a result of her conviction, the NMC commenced an investigation into whether her fitness to practice was impaired.

COVID-19: Liverpool City Region ‘leading the way’ after dropping down to Tier 2