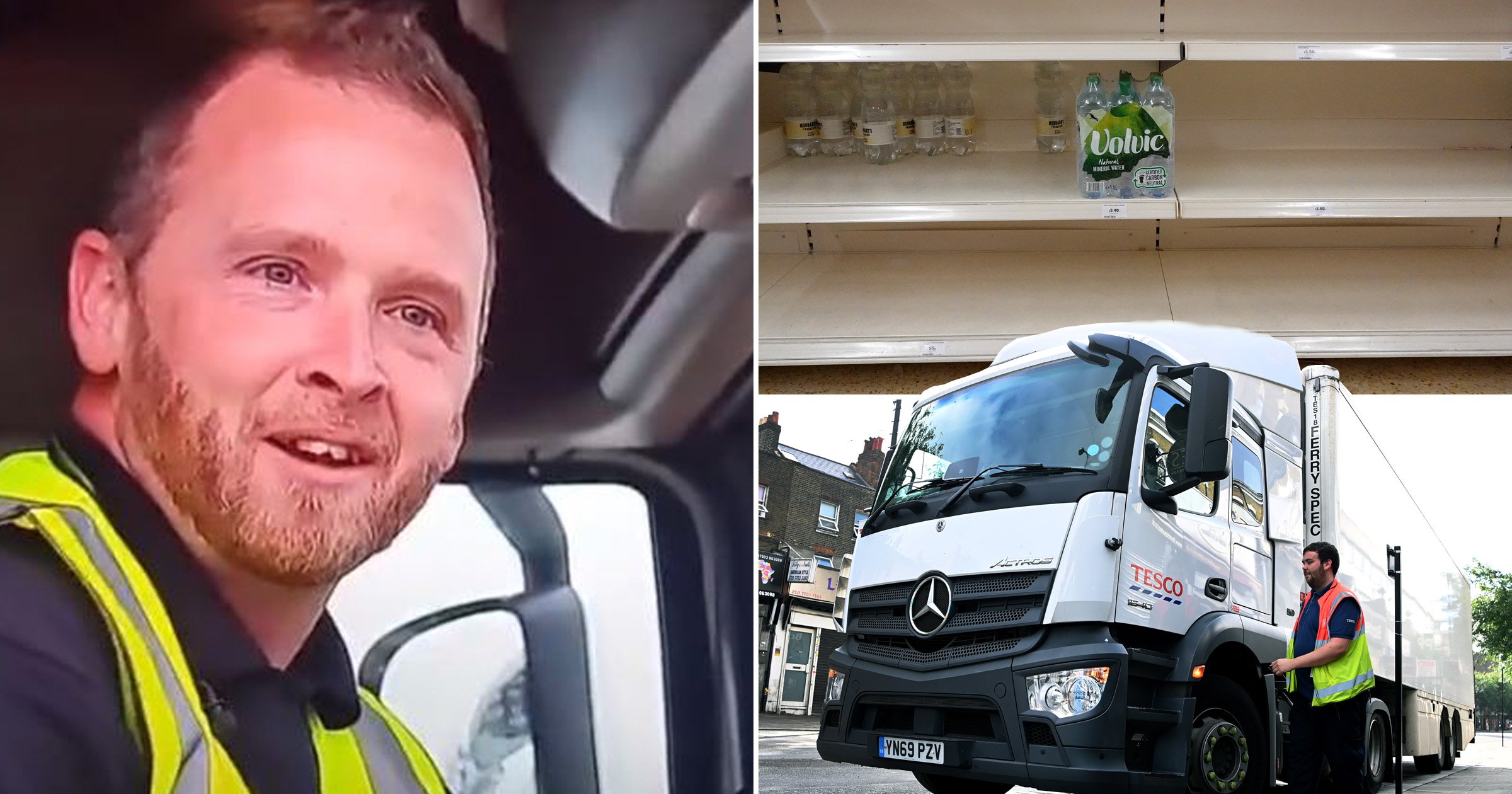 A prisoner has gone viral after driving the Justice Secretary around to highlight a new scheme to ease the HGV driver crisis – because the offence that got him jailed was importing drugs into the UK on a lorry.

But the nature of his previous conviction provoked amusement on social media, with one TikTok user, Lauren Gray, uploading a video on Friday which has since been shared tens of thousands of times.

The caption to the clip from an ITV News report, read: ‘The Government are losing it’.

In the footage, current prisoner Dean – on day release from jail – drove Dominic Raab in a lorry, before telling ITV: ‘I’ve wronged, now let me be right.’

Mr Raab was aiming to highlight how employment cuts reoffending, with the broadcaster reporting that 2,200 serving prisoners in England and Wales are carrying out paid work on day release for more than 400 employers.

As an entertained camera man filmed from home, newsreader Mary Nightingale explained from the studio: ‘Prisoners could be part of a solution to the recent lorry driver shortage, according to the Justice Secretary.

‘A radical plan was unveiled today where serving inmates will be recruited to drive trucks. It’s seen as offering offenders a second chance, but there are doubts over just how much it will actually help.’

As the moment approaches when Dean’s prior conviction is revealed, he shouts ‘here we go’, and then howls with laughter, screaming ‘yeah’ and clearly enjoying the irony of a man jailed for smuggling drugs on a lorry now driving them for the government.

The HGV driver crisis has led to major supply chain problems and shortages on some shelves in the UK – and the addition of some prisoners is unlikely to significantly change the situation.

Dean continues: ‘I do understand people’s concerns with it but at some point the punishment needs to stop.

‘You can’t just lock people up forever and then punish them forever.

‘I’m earning money, I pay tax. A percentage of my money goes back into the victim support fund as well.’

Writing for The Times last week, Mr Raab said the move could plug skills gaps in the economy as well as reducing re-offending.

He added: ‘Getting prisoners into jobs is a crucial part of turning offenders’ lives around.

Meanwhile, staff at supermarket distribution centre in Bristol are reportedly concerned for their safety, after prisoners on day release were employed there.

People working at the Tesco site expressed fears about inmate from Prescoed prison joining them.

One employee at the distribution centre who contacted Bristol Live said some staff had threatened to leave.

The employee said: ‘They have been struggling to get staff to work for the low wages working as order pickers in a cold environment, so they have just taken on 20 prisoners from HM Prison Prescoed, with more to come.

‘This has caused great concern with the current staff, especially the women, who are concerned for their safety, with some threatening to leave.’

A spokesperson for the Ministry of Justice added: ‘By employing carefully risk-assessed prisoners on day release businesses cut crime and protect their local communities by helping offenders on to the straight and narrow.

‘These prisoners value the chance they have been given and know they will be returned to tougher conditions immediately if they don’t follow their strict licence rules.’

Lotto results live: Are YOU a millionaire? £4.1m jackpot up for grabs TONIGHT