The Home Secretary says she is “grateful for the encouragement”, but would not be throwing her hat in the ring. She had spent the past four days considering whether to stand as the “pure” Brexit candidate.

Ms Patel said: “I will not be putting my name forward for the ballot of MPs.

“As Home Secretary, I have always put the security and safety of our country and the national interest first and my focus is to continue working to get more police on our streets, support our amazing security services to keep our country safe and control our borders.”

Ms Patel was warned that she risked splitting the vote on the Tory right and ensuring a coronation for Rishi Sunak, the former Chancellor.

While she is yet to decide whom she will support, three allies of Ms Patel said she was likely to back Truss, the Foreign Secretary. 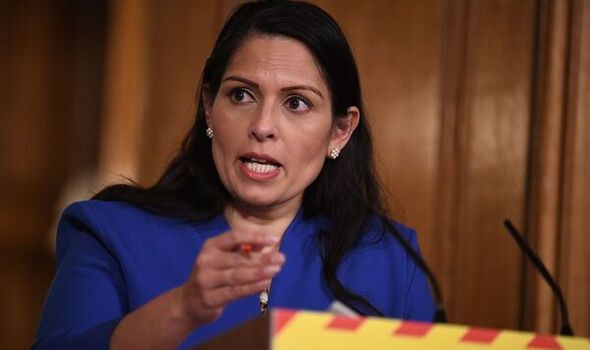 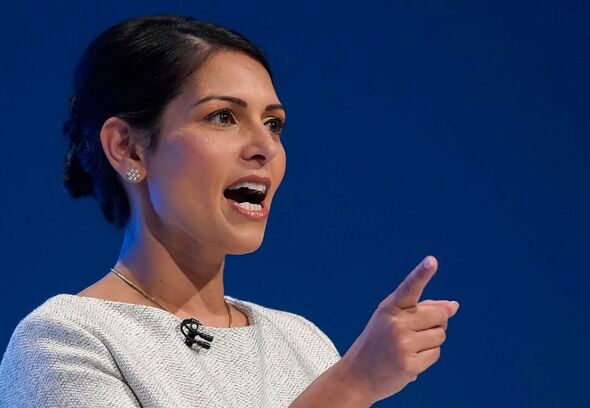 Ms Patel was also said to be weighing up whether to back Nadhim Zahawi, the Chancellor, although that was seen as less likely.

Earlier, Transport Secretary Grant Shapps dropped out of the running and pledged his support to former chancellor Rishi Sunak, who also gained the backing of Deputy Prime Minister Dominic Raab.

He said: “Liz has the experience to be prime minister, she understands how Government works and has a very clear agenda on both delivering Brexit and cost of living. 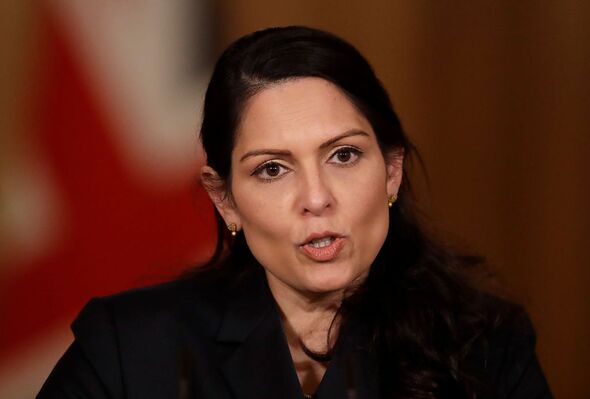 “Her prioritising of growth through regulatory change and lower taxes is necessary if we are not to see the squeezed middle punished because of spiralling inflation.”

Ms Truss told Tory MPs that she would be prepared to leave the European Convention on Human Rights over the cross-channel migration crisis — but only if plans to overhaul human rights laws are blocked.

She said: “The ECHR has had mission creep. We have to deal with that.”

Securing Patel’s support would be a coup for Truss, who has already won the endorsement of Jacob Rees-Mogg, the minister for Brexit opportunities, and Nadine Dorries, the culture secretary. 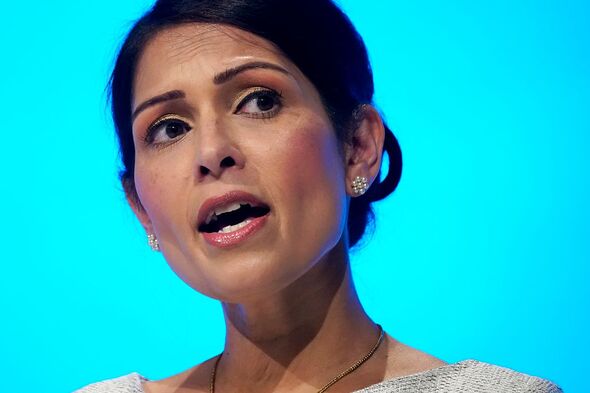 James Cleverly, the education secretary and an ally of Boris Johnson, has also given his support.

The home secretary’s endorsement would raise Truss’s chances of reaching the vote of Conservative Party members, who choose between the final two candidates decided by Tory MPs.

Ms Patel, 50, has been a key part of Mr Johnson’s Government – and one of his staunchest supporters – since her appointment in 2019.

The Prime Minister made the surprise move to resurrect her ministerial career in 2019, following her high profile sacking by his predecessor, Theresa May, two years earlier.

Ms Patel was forced out from her role as international development minister under May following a scandal over unauthorised meetings with the Israeli government that breached the ministerial code.

She was again accused of breaking the Code over bullying claims but exonerated by Boris Johnson, who overturned an ethics advisor’s recommendation in 2020.