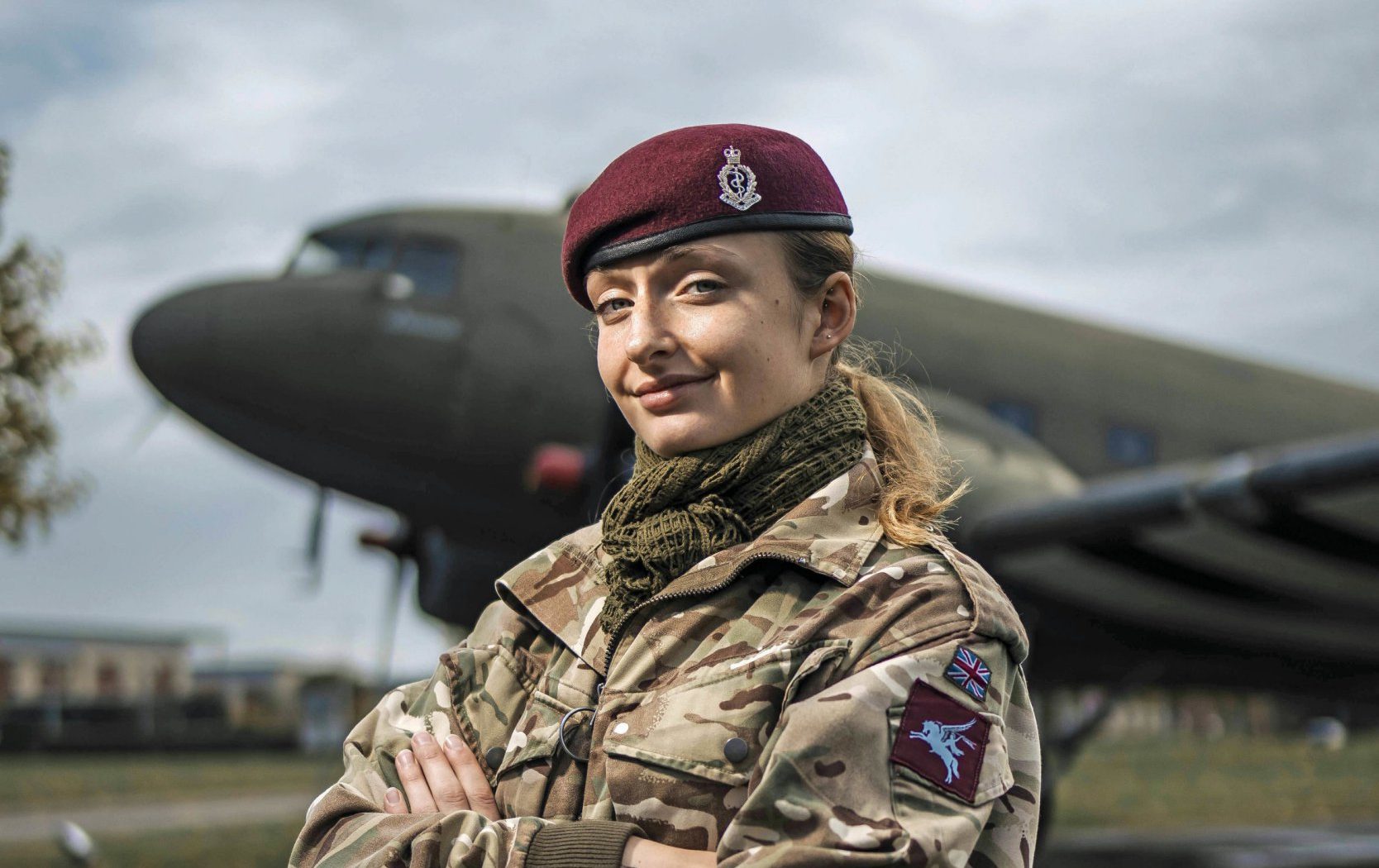 A private has become the first female soldier to pass one of the Army’s toughest training programmes.

Addy Carter, 21, said it was all ‘about showing that you can deliver when things get hard’ after she successfully completed the Parachute Regiment’s gruelling P Company course.

The three-and-a-half-week course at Catterick, North Yorkshire, tests both physical and mental robustness, finishing in a series of challenges, including loaded marches, log and stretcher races, and an aerial confidence course.

Pte Carter, of 16 Medical Regiment, was presented with a coveted maroon beret this week, following in the footsteps of Captain Rosie Wild, who was the first female officer to pass P Company in 2020.

The next stage for Pte Carter is the basic parachute course at RAF Brize Norton, where she could earn her ‘wings’ as a trained military parachutist.

Major Chris Braithwaite said: ‘There is a set standard that anyone who attempts the course must achieve and these are rigidly enforced by my team – of 98 candidates who started this course, 59 were successful.

‘I hope that Private Carter’s success on P Company encourages others to attempt the course. I would like to congratulate all who passed and wish them the best for their future service within Airborne Forces.’

Minister for Defence People, Veterans and Service Families, Sarah Atherton, said Pte Carter ‘is a role model for women to aspire to, proving that no job is beyond reach’.

‘This is a clear example of what can be accomplished through hard work and determination. I wish her all the best in her future endeavours with the Army.’

One rubbish bag dumped in illegal fly-tip every three minutes