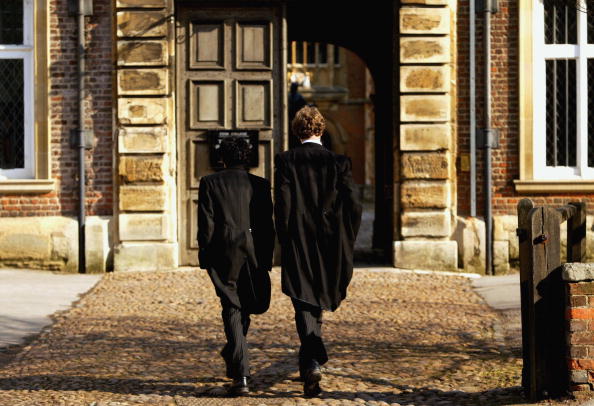 The recent A-level results have once more laid bare the extent of educational inequalities in our country.

While 70.1% of A-level grades at independent schools were at A or above, only 39.3% were at this level in comprehensive schools. The pandemic exacerbated existing inequalities, with students from poor and disadvantaged backgrounds struggling to gain access to digital learning devices and online lessons.

Britain now has one of the worst social mobility records out of many developed countries. This means that where you are born and who to has more of an impact on how far you can get in life than it would in most comparable nations.

The education system that was supposed to be a great social leveller – by arming every pupil with knowledge that should, in theory, lead to equal opportunities for all – has been used by wealthy parents to help their children pull away further, with those from private schools continuing to dominate the country’s top professions.

To overcome this continuing gap, we need to abolish private schools.

Even without the pandemic acting as an X-Ray to expose the stark disparities that exist in our country, it’s worth noting that despite only 7% of the country’s population being privately educated, private school pupils go on to make up 65% of senior judges, 61% of doctors, and 43% of the UK’s 100 most influential editors and broadcasters.

Such persistent inequality in outcomes, in which we continue to ignore the talents of the vast majority of the population in favour of a select few, has continued to erode the social cohesion we all value and contributed to growing divisions in society – a society in which so many feel like they don’t have an equal shot in life.

But another schooling structure is possible; one in which your success and how far you get in life isn’t determined by how wealthy your parents are or what type of school you went to. One where all children are allowed to succeed, irrespective of their background. A unified and integrated education system without private schools.

To many in our class-ridden society, this will sound like an outlandish idea, one devoid of any basis in reality. Yet we need only to look at countries like Finland, which decided to tackle its own segregated school system by banning its fee-paying schools in the 1970s, bringing in a nationwide comprehensive system. It eventually resulted in Finland narrowing the attainment gap between richest and poor students.

As someone who went to a state comprehensive, I’ve had countless people tell me that such an argument is driven by the politics of envy, that rather than levelling up, we’re trying to level down – even going on to claim that we’re seeking to stunt the growth of the ‘brightest and the best’.

But even when we level up, even when students from working class backgrounds go on to achieve the same degree result from the same university as their more affluent peers, they still go on to earn less and are less likely to be found in senior positions within elitist occupations. Research by the Social Mobility Commission showed that people from working class backgrounds who get a professional job are paid an average of £6,800 (17%) less each year than colleagues from more affluent backgrounds.

We’re not the meritocracy we like to pretend we are. If we were, such a class pay gap wouldn’t exist. The myth that everyone is given a fair chance to reach their full potential is one of the most harmful we as a society continue to tell ourselves.

It exists because private schools bestow upon their children skills and attributes that are not so easily quantifiable, such as certain forms of cultural and social capital. In other words, the right networks, the ability to appear confident, to talk in a certain way.

This isn’t about penalising parents for wanting the best for their children, it’s about tackling structural inequalities that give unfair advantages to some through wealth.

I often get told that banning private schools would be about ‘punishing success’ – such an argument is based on the assumption that ideas of ‘merit’ and ‘success’ operate in a complete vacuum. They each depend on a whole host of external factors such as having the wealth to attend an elite private school, relying on the bank of mum and dad to fund unpaid internships, and being able to secure a platform to showcase your ‘merit’ in a way that is recognised.

We need radical action to ensure that everyone has an equal shot at succeeding in life. No doubt there will be those who go on to argue that banning private schools is an attack on their ‘freedom of choice’, yet we don’t have a perfect competition market. Besides, we already ban many things that are harmful to society, a parent cannot for example bribe a tutor to give their child good grades.

Private schools not only perpetuate inequality for many generations to come, they harm the fabric of society through the systemic and unfair inequalities they create. The greater the level of equality in society, the better a whole range of outcomes, including social solidarity, health outcomes and lower levels of crime.

Education is supposed to be the great social leveller, but instead it’s become a means through which inequality is perpetuated and a wealthy few buy their success.

Banning private schools and integrating and unifying our education system – as Finland has done so already – is the bold step we need to take to ensure we move towards a system in which everyone gets an equal shot to succeed, and go as far as their talents will take them.

Referendums 'should be held alongside elections'