Actor Taron Egerton says it was a “total joy” and an “extraordinary privilege” to play Sir Elton John in Rocketman.

The new biopic, named after Sir Elton’s 1972 hit co-written with lyricist Bernie Taupin, depicts the musician’s rise to fame and personal conflicts with his sexuality, drugs and alcohol.

In bringing to life the musician’s story, Egerton has had to field questions about whether sex scenes would be censored and if straight actors should be playing gay roles.

But at the UK premiere, which saw Sir Elton grace the blue carpet on a golf buggy, Egerton insisted the evening deserved to be a celebration of one of our biggest musical exports.

He told Sky News’ Katie Spencer he could not stress “how fantastic [Sir Elton] is”. 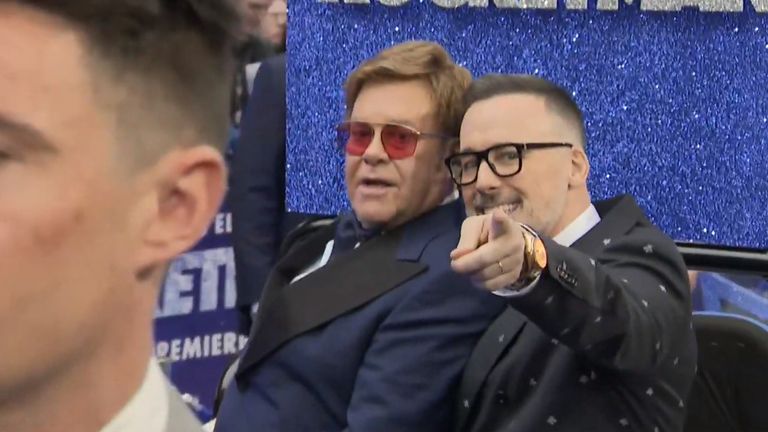 “The whole thing was a joy and it felt like an extraordinary privilege,” Egerton said.

On Sir Elton, he added: “I adore him. I absolutely love him. 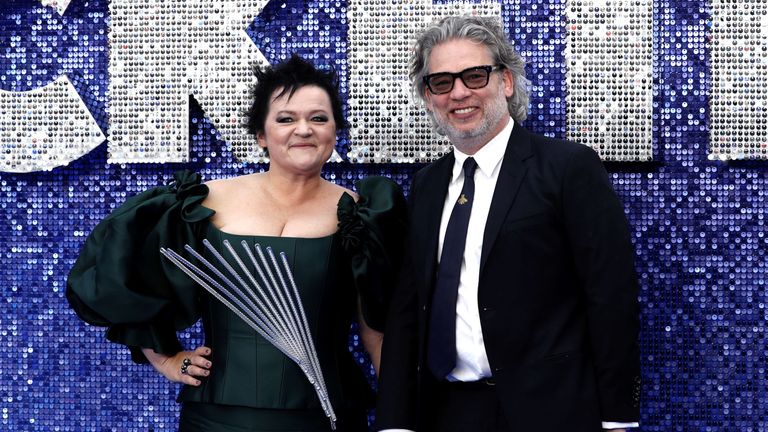 “Not only is he everything everyone knows him to be – which is a musical genius, and a great philanthropist – he is the most fun, naughty, irreverent, kind, brilliant man.”

Egerton added that he wanted the movie to be “a joyous celebration of someone’s life without getting lost in that stuff because whilst I recognise that these issues are important I really do feel like I’ve addressed them”.

Actor Richard Madden, who plays Elton’s manager and former lover John Reid, had equally high praise for Sir Elton and agreed that it should be “the best person for the role”. “We all care and deeply love Elton,” he told Spencer.

Since its world premiere at Cannes Film Festival last week, Rocketman has received a number of comparisons to the Oscar-winning Queen biopic Bohemian Rhapsody. 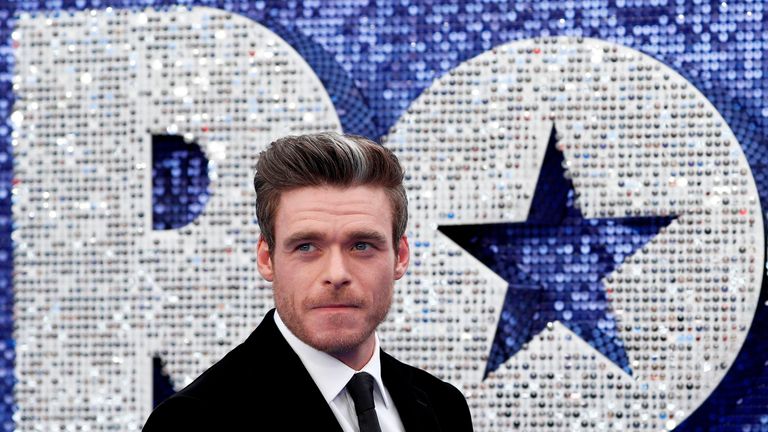 The comparisons have been drawn due to both films documenting the rise to superstardom of two larger-than-life characters, but also because Rocketman director Dexter Fletcher took over to finish Bohemian Rhapsody after Bryan Singer was fired.

But on the blue carpet, Fletcher played down the comparisons, telling Spencer that Bohemian Rhapsody was “one person’s vision; this film is my vision”.

He said: “I was very honoured to be a part of [Bohemian Rhapsody], but I am super excited and thrilled to be part of Elton’s story and bringing Rocketman to the screen”. Fletcher added that he hoped the film would “move the needle” of attitudes towards homosexuality.

He said: “I don’t think that can be overstated. Elton is very proud of who he is and that’s part of his journey, and we’re very proud to be part of that.

“Everyone likes to see themselves represented on screen, one way or another, I’m very proud to be part of that. I know Taron and Richard (Madden) are.

“It’s like saying could you do a film about Elton John but he doesn’t wear glasses – it simply wouldn’t be Elton’s story.

For Egerton, playing Sir Elton meant shaving his hairline and learning the piano but, he says, he’s made a friend for life.

“He’s the most fun, naughty, irreverent, kind and brilliant man.”

And the actor says he’s keen to keep up the singing.