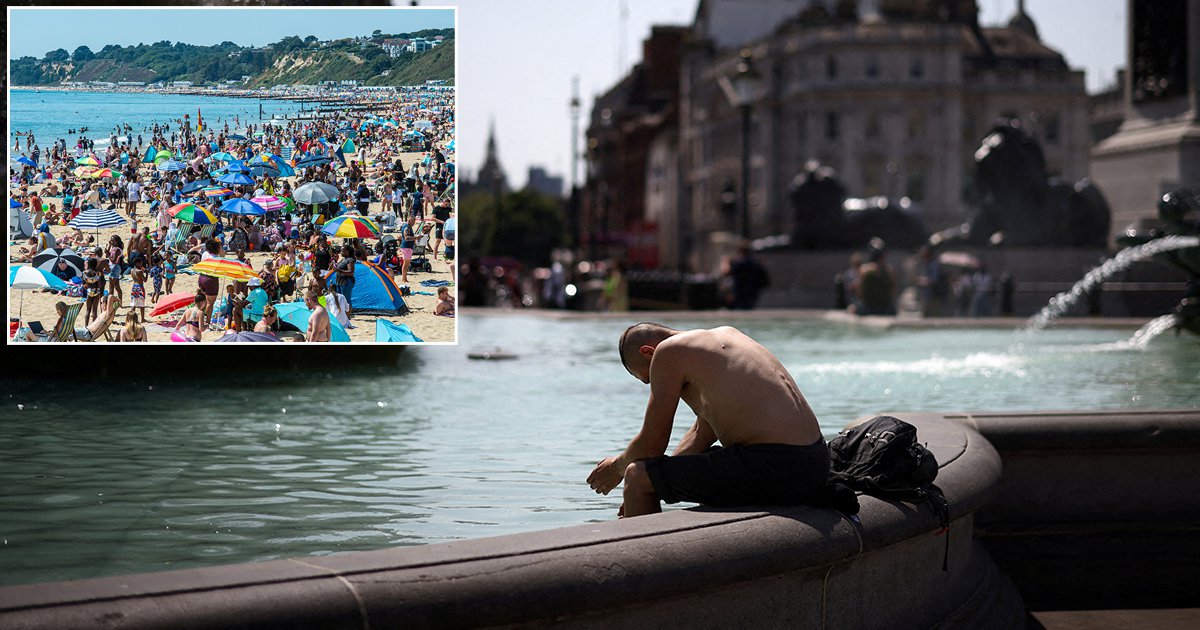 A new heatwave is about to set in across Britain as the summer of extreme weather continues.

Forecasters are saying temperatures will hit 35C and stick around for longer than they did during July’s record-breaking hot spell.

While the mercury won’t hit the heights seen last month, this heatwave is expected to last longer, peaking at the weekend.

After a sunny weekend for most, temperatures will start creeping up over the next 24 hours and a week of Mediterranean-like conditions is in store.

The Met Office warned it will be hot enough to cause exhaustion and dehydration, adding they ‘anticipate some potentially adverse effects to the NHS and more vulnerable people having heat-related problems through this period of time’.

A ‘prolonged period’ of high temperatures has prompted fresh warnings about the risk of wildfires.

Another blaze broke out in Essex this weekend after a garden fire spread, leading to the evacuation of 40 people and damaging 12 homes, the latest in a string around the south east.

The area’s fire service has reiterated a plea for people not to have barbecues, the main culprit behind a string of fires which have torn through dry, tinder-like foliage this summer.

Firefighter Neil Fenwick said: ‘While summer weather usually provides the perfect opportunity to host a barbecue or gather around a chiminea in the evening, we’re strongly discouraging people from having any kinds of fires at the moment.

‘The ground across Essex is extremely dry allowing fires to spread easily and quickly.’

The fire service also warned against setting off fireworks or sky lanterns, which could spark a ‘large-scale’ blaze in areas which have seen record low levels of rain.

While the south east will again see the highest temperatures, heatwave conditions are expected across the country, with temperatures catching up later in the week further north.

Met Office meteorologist Tom Morgan said: ‘It will be a lot of sunshine for a vast majority of the UK and also temperatures rising day after day.

‘Not everyone will initially see those sunny conditions, but towards the end of the week even Scotland and Northern Ireland will join the rest of the UK in having generally fine, sunny and very warm if not hot conditions.

‘It does look like a prolonged period of dry weather and obviously that’s bad news for southern England where some rain would really be useful now.

‘In terms of temperatures we’re looking at them build from 28C or 29C tomorrow to the low to mid 30s from Thursday onwards, so a fairly widespread heatwave developing across the UK this week.

‘The peak of the temperatures look likely to occur on Friday or Saturday.’

August’s scorching weather comes after the driest July on record, causing the depletion of rivers and reservoirs to worryingly low levels.

While just four have acted so far, millions could be facing restrictions on the use of water for washing cars or filling paddling pools by the end of the week should the industry act.

Turnpike Lane shooting: Teenager battling for life after being shot outside tube station