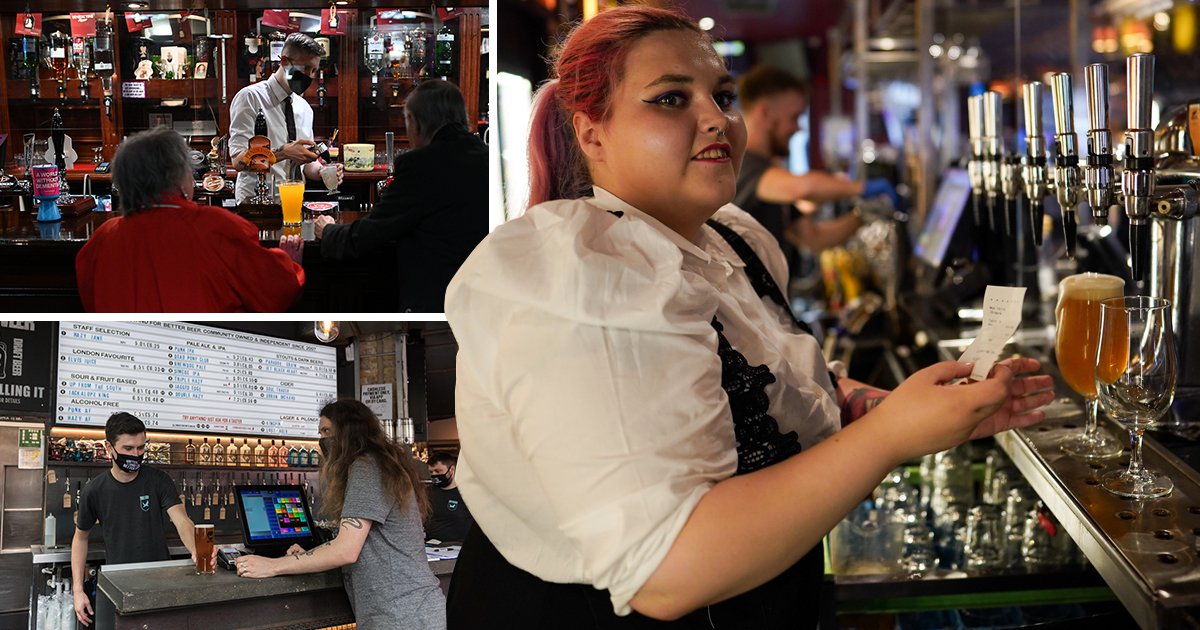 Ordering drinks at the bar could return as early as next month amid plans to scrap social distancing rules in pubs.

Drinkers have had to order from their tables ever since hospitality venues were allowed to reopen due to the need to stay at least a metre away from strangers.

But this could change when the results of the Government’s social distancing review is published.

More details on the next stages of the planned easing of lockdown are set to be revealed by the Prime Minister this week.

Pub bosses have been pressing for the easing of restrictions as they say they are harming their businesses after a torrid year.

Social distancing rules mean some areas have had to be closed off while table service requires more staff and can be difficult to organise.

The Cabinet Office has been conducting the review of the measures and looks set to reveal its findings.

Boris Johnson has reportedly told Conservative MPs that he is ‘hopeful’ that the rules can be relaxed and social distancing inside venues will no longer be required.

It has also been claimed that business minister Paul Scully told industry bosses that the Government wants to allow ordering at the bar again, rather than insisting on table service, according to The Telegraph.

But it’s thought a final decision has not yet been made and will depend on the findings of the review.

Yesterday, the chief executive of the UK Health Security Agency said the possibility of all coronavirus restrictions being lifted next month is ‘looking good.’

All remaining measures are set to be lifted on June 21 while nightclubs will be allowed to reopen for the first time since March 2020.

However, Dr Jenny Harries urged the public to be cautious to avoid another lockdown, warning that the new Indian variant has become the ‘dominant strain’ in some parts of the country.

She told BBC One’s The Andrew Marr Show: ‘It’s looking good if people are continuing to observe all of the safety signals, so we should not stop doing what we’re doing, particularly in areas where we have that variant of concern, the B1617.2, in the north-west and around London.

‘It’s really important that people continue to do hands, face, space and work from home, have their jabs and go for tests as well.

‘The cases of the B1617.2 variant are rising, they have risen very steeply and much of the media have reported a 160% rise in cases over the week period but they seem to be slightly levelling at the moment. It’s still very early days.’

‘What’s the point of Lib Dems?’ Layla Moran red-faced as she admits Brexit failures on BBC