A man was seen pointing at and heckling Prince Andrew as the Queen’s coffin made its way through the streets of Edinburgh this afternoon. A protester who made it to the barricades was seen on live television shouting at the disgraced Duke of York. He appeared to shout: “Andrew, you’re a sick old man.”

However, several onlookers quickly drowned out the protester by chanting ‘God Save The King’.

Others in the crowd also appear to push the protester to the ground before a police officer escorts him away.

In one clip, the heckler can be heard shouting out “disgusting” after he was pulled away.

He has since been detained by police in the Scottish capital.

The BBC anchor James Naughtie addressed the protest during the live broadcast, saying: “There is a little bit of shouting the crowd, but for the most part it is quiet and contemplative.” 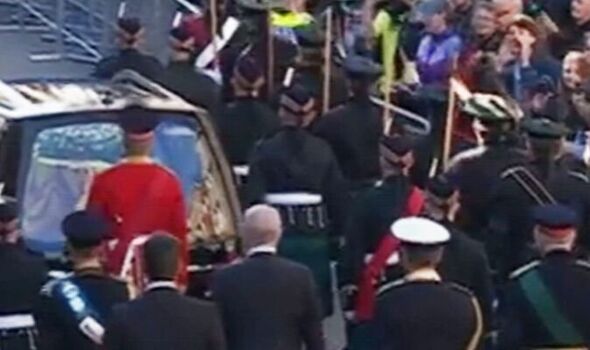 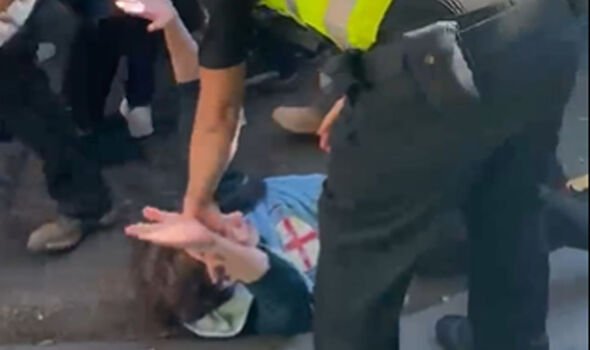 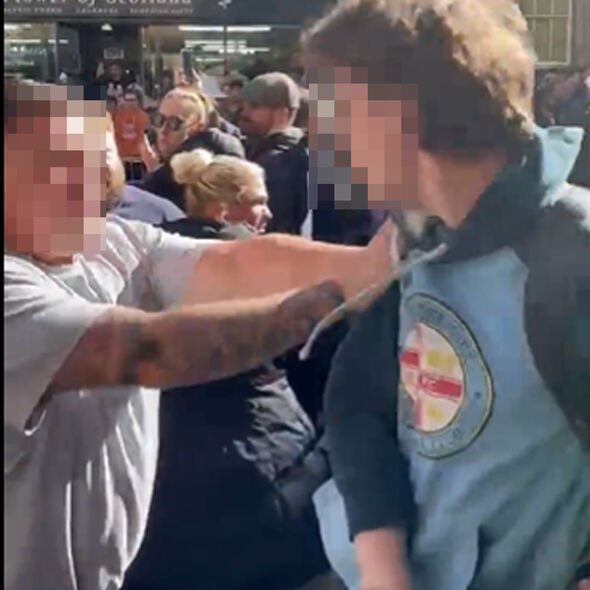 Andrew joined his brothers King Charles III and Prince Edward on the walk to St Giles’ Cathedral in Edinburgh.

The three brothers followed the hearse carrying the Queen’s casket as it slowly moved down the Royal Mile.