Photographs taken during the ugly scenes and now circulating on social media show protesters crouching at the feet of shielded police officers and beginning to defecate. Bristol Live also photographed a woman urinating on a police officer’s foot.

The protesters’ behaviour has been blasted as ‘pathetic’ and ‘politically illiterate’ by the city’s mayor, Marvin Rees.

The protest against the Police and Crime Bill, dubbed ‘Kill the Bill’ turned into a violent night of rioting, during which 20 police officers were injured and seven people were detained. One officer has suffered a collapsed lung after being trampled on.

“We’re doing the real job in this city of trying to tackle inequality, feed our children, work on domestic violence, mental health.

“What they did last night has nothing to do with the needs of people in this city or in this country.

“It’s just selfish, self indulgent and self-centred behaviour that’s all about them living out their fantasy of being revolutionaries.” 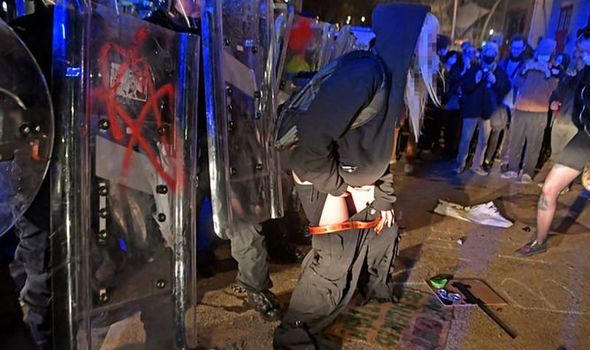 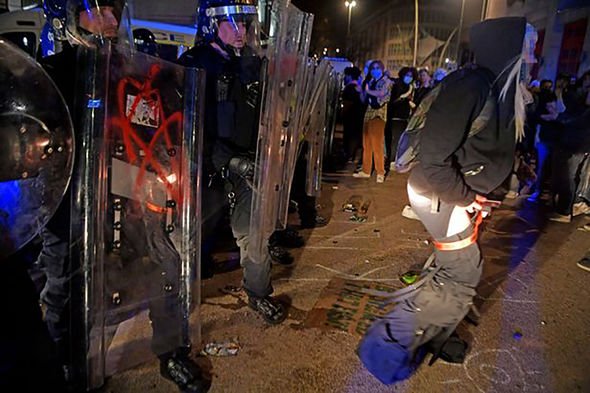 Bridewell Police Station, which is in the city centre, was under siege for hours last night.

Fireworks were thrown and at least one police van was burnt out, with others scrawled with graffiti.