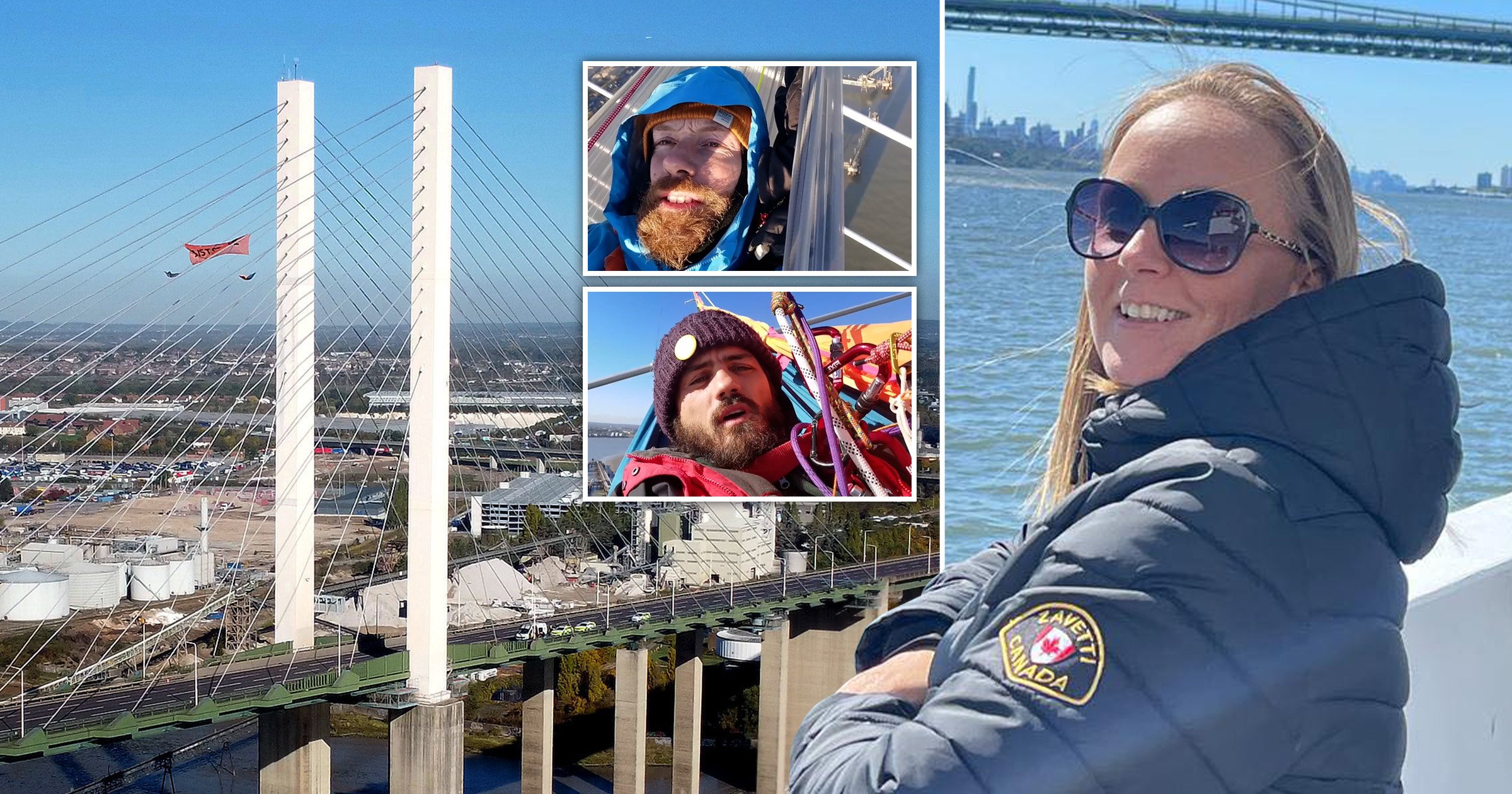 Just Stop Oil activists have been accused of having ‘blood on their hands’ after two women died on the M20.

An ambulance had battled through diversions caused by the closure of the Dartford Crossing to reach the crash in Swanley, Kent.

The accident reportedly took place after a woman stopped to help a fellow driver who had become stranded by the side of the motorway.

A vehicle then collided with the women as they waited for assistance on the hard shoulder.

An ambulance, held up by traffic, took 40 minutes to reach the crash scene.

Builder Mark Heap, 55, had also stopped to help the stranded driver and was badly injured in the crash.

Speaking from his hospital bed, he accused protesters of having ‘blood on their hands’.

The nearby Dartford Crossing had been shut after activists climbed onto cables high above the bridge, which links Essex and Kent.

Mr Heap told MailOnline: ‘The eco-warriors may have thought it was an innocent protest, but they’ve got blood on their hands.

‘I don’t think they deliberately caused the crash.

‘But their actions, bringing the traffic to a stand-still on the M20, caused the crash in which those two women died.

‘There was another bad crash on the M2 at about the same time.’

One of Monday’s crash victims has been named as Lisa Webber, a mother-of-four in her 50s.

The other victim, also female, has been described as a GP in her 40s.

The Dartford Crossing protest had ended after Just Stop Oil tweeted they had ‘agreed to cooperate with police’.

The eco-protest saw many drivers rerouted via the M20 in a bid to avoid delays.

Morgan Trowland, 39, and Marcus, a 33-year-old teacher from London, had stayed in hammocks high above the cables of the Queen Elizabeth II Bridge for two days by that point.

Angry drivers had thrown fireworks at the pair the night before they agreed to leave.

Witnesses at the scene on Tuesday saw the raised platform brought in by Essex Police being elevated down.

Just Stop Oil had tweeted: ‘Morgan and Marcus have agreed to cooperate with police and leave the bridge. #JustStopOil will continue in #CivilResistance to harmful politics and our criminal government. To protect our rights, freedoms and the rule of law’.

The campaign group is demanding that the government halts all new oil and gas projects – with the Dartford Crossing action only the latest disruptive protest the group have undertaken in recent weeks.

Just Stop Oil have been contacted by Metro.co.uk in relation to Monday’s crash and Mr Heap’s comments.

Officers from Kent Police’s Serious Collision Investigation Unit are working to establish the full circumstances surrounding the collision, which took place at 8.20am.

Friends of Mr Heap, who is out of work for three months due to his injuries, have also launched a fundraiser on his behalf.