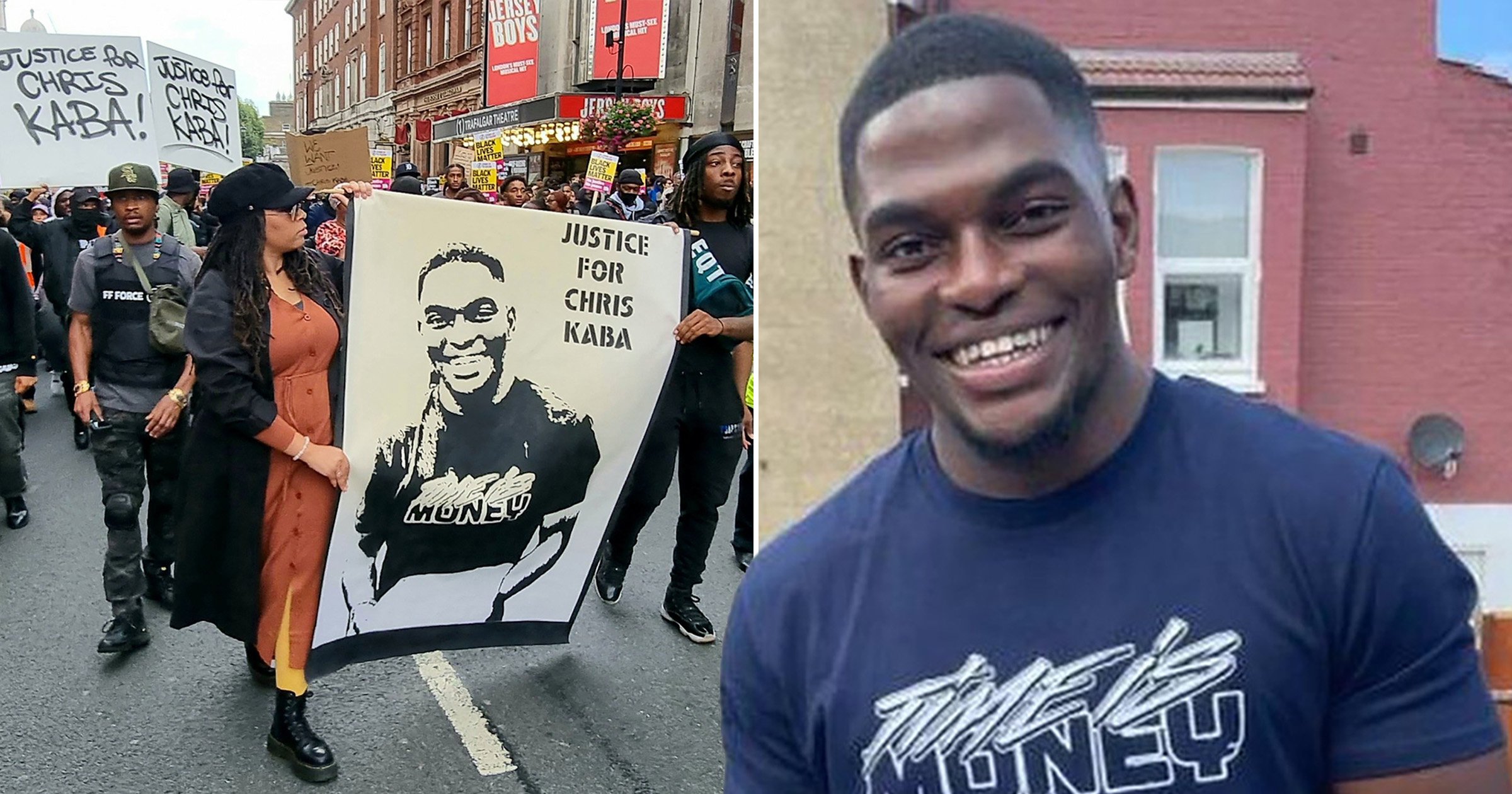 Hundreds of protesters have gathered in Westminster to express fury at the fatal police shooting of 24-year-old Chris Kaba.

Mr Kaba, from Wembley, north-west London, was killed by single shot fired by a a firearms officer while he was driving an Audi 4×4 in South London on Monday night.

The car had been hemmed in during a ‘tactical contact’ after its numberplate was linked to an alleged ‘firearms incident in the previous days’, although it wasn’t registered to him.

Officers gave Mr Kaba CPR at the scene and he was taken to hospital where he died later in the night, according to the police watchdog, which was immediately brought in to investigate the circumstances of his death.

Controversy has erupted around his death, fuelled in particular by confirmation that he was unarmed at the time.

On Friday, around four days after the incident, the police watchdog opened a homicide investigation.

They will also look at whether to launch disciplinary proceedings against the officer who killed Mr Kaba, who was soon due to become a father for the first time.

The victim’s family, who criticised the time it took for the investigation to progress, are calling for the watchdog to go further and ‘immediately’ suspend the officer.

His heartbroken mother, Helen Nkama, was among large groups of demonstrators who gathered in central London.

Chants of ‘Black Lives Matter’ and ‘no justice, no peace’ were heard as they marched to Parliament Square and on to the Metropolitan Police headquarters, Scotland Yard.

Supporters held placards reading ‘justice for Chris Kaba’, ‘abolish the Met’ and ‘no justice, no peace’.

The main group appeared to stop regularly, saying the family needed breaks, with one person holding a megaphone announcing: ‘We will go at the pace of grief.’

Diane Abbott, MP for Hackney North, told demonstrators: ‘I don’t know how I would feel if it was my own son killed in cold blood.

‘[Mr Kaba] is not the only black man gunned down by the Metropolitan police.’

Rapper Wretch 32, whose father fell down a flight of steps after being tasered by Met officers in 2020, was said to have been in attendance.

According to MyLondon, he picked up a megaphone and said: ‘Why is our law above the law? No justice no peace.’

Fellow musician Stormzy added: ‘I was hesitant to come up here. The British press turn these things into something about me. This is nothing about me. I encourage everyone to try and have stamina.

‘No-one should have the stamina to go on like this. What they have done is they have killed someone.’

Daniel Machover, a solicitor from Hickman & Rose issued a statement on behalf of Mr Kaba’s family in which they ‘welcomed’ the opening of homicide investigations ‘however belatedly’.

He added: ‘The family now await the outcome of that investigation, but seek a charging decision in this case in weeks or a few months, not years.

‘Public confidence in the police and our justice system requires the IOPC and CPS to find a way to make decisions in this case on a timescale that delivers justice to all concerned. Avoidable delay is unacceptable.

‘In the meantime, the family demand that the Commissioner of Police of the Metropolis immediately suspend the firearms officer, pending the outcome of the investigation.’