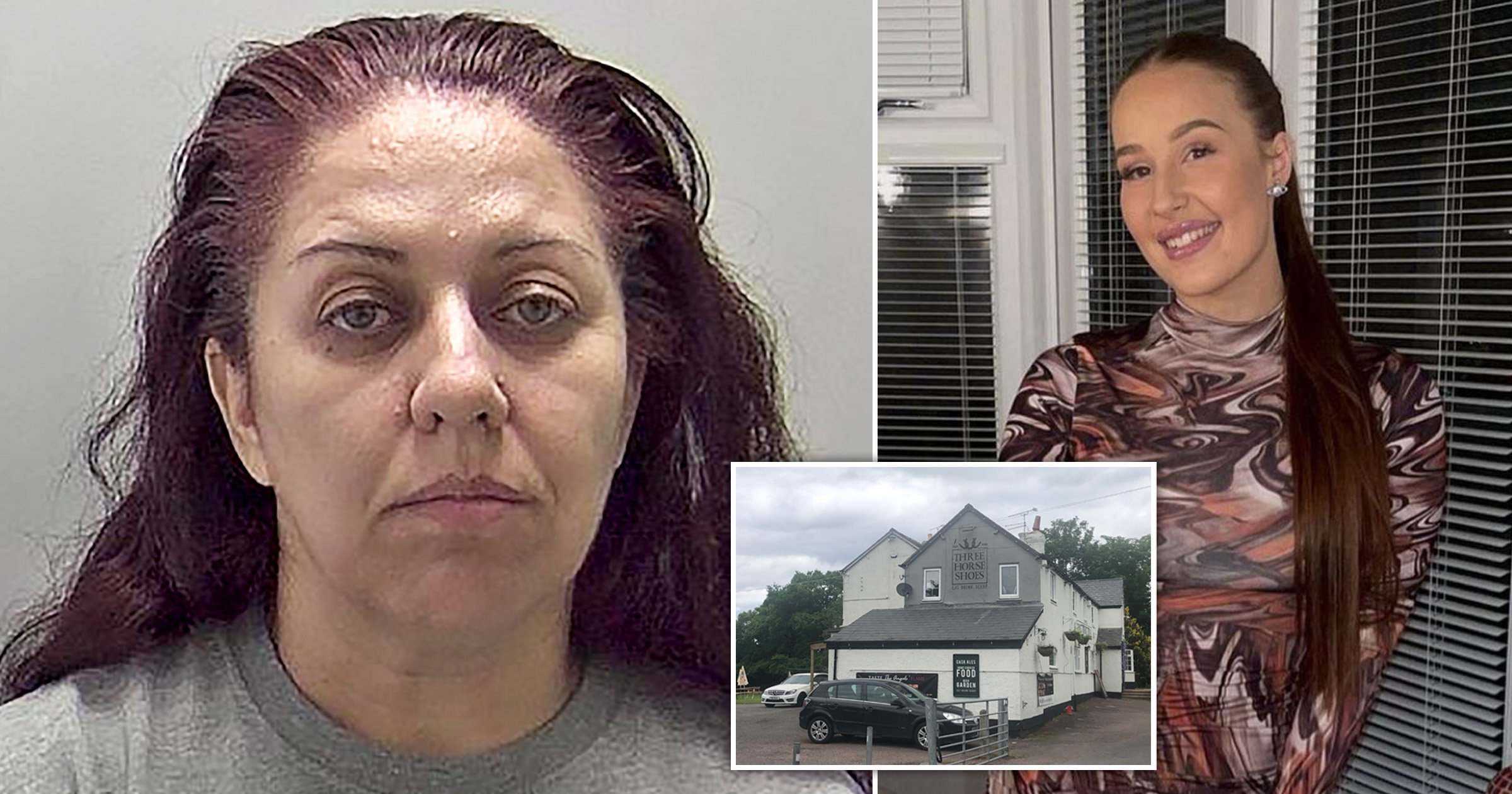 A pub landlady who knifed her teenage waitress over an imagined affair with her husband has been jailed for 10 years.

Luisa Santos, 47, was found guilty of attempted murder after brutally stabbing Hannah Pritchett, 18, in front of customers with a fish knife.

The violent incident happened at the Three Horseshoes in Princethorpe, Warwickshire, in May.

Miss Pritchett suffered two ‘deep’ wounds in her back and hip which required surgery, and only survived through ‘good fortune’ according to doctors.

She had arrived for her shift just minutes before and had only been working at the pub for six weeks.

Before the attack Portuguese-born Santos told her husband Pedro he needed to choose between his family and Miss Pritchett, telling him ‘there would be a confrontation if she didn’t leave.’

During the hearing jurors were told the landlady was seen beating eggs in a frenzy before launching the unprovoked assault.

When asked what was wrong, she reportedly said: ‘It’s her. He chose her over our family.’

Prosecutor Baldev Atwal claimed she then went to the kitchen, got the knife and plunged it into Miss Pritchett’s hip while screaming ‘b***h, you b***h’.

One wound inflicted on Miss Pritchett was well over six inches deep.

Children witnessed her being chased outside into the car park where she collapsed.

The court heard she was running to her car in an attempt to get to safety.

She also suffered a buttock wound, but police later said her injuries were not life-threatening.

Santos admitted possessing a knife and wounding with intent, but denied attempted murder.