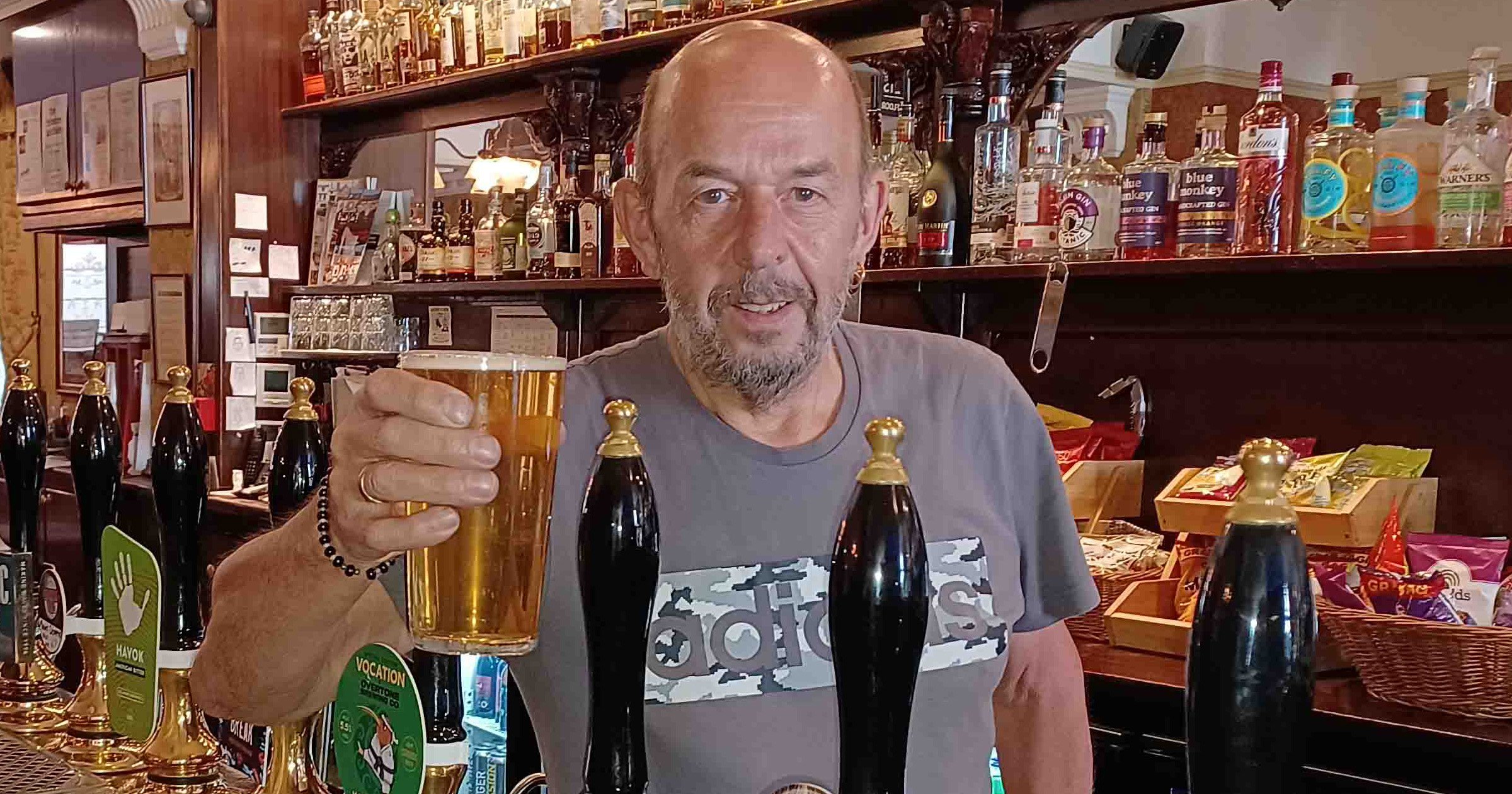 A pub landlord who had ‘no customers’ on the hottest day ever in the UK has accused the government of ‘scaremongering’.

Nigel Barker, who runs The Wellington in Birmingham, said no one wanted to enjoy ‘a good cold English beer’, despite his pub being air-conditioned.

As the Met Office issued its first-ever red warning for extreme heat at the start of this week, health bosses warned people to do ‘as little as possible’.

The UK Health Security Agency said ‘illness and death may occur among the fit and healthy, and not just in high-risk groups’.

The British heatwave came after the United Nations warned in April that the world is on a ‘fast track’ to climate disaster.

But despite expert advice, Mr Barker claims the country is ‘getting soft’ in regards to its response to the heatwave.

‘Scaremongerers are trying to frighten people to death – they’re making it sound like if you dare to go outside you are going to die’, he told the Birmingham Mail.

‘Well, it was baking hot yesterday and I had no customers in what is a very cool, air-conditioned pub, so thanks very much.

‘The rail strikes the other week cost me ten grand, now this on top of Covid and everything else.’

Mr Barker went onto claim that it’s like the government would almost ‘rather every single pub in the country close down for issues from how hot it is to who can use which toilet’.

He said his pub boasts ‘a superb rooftop terrace’ and air-con, so he was ‘disappointed’ when no one came in for a pint.

Mr Barker added that he is ‘old enough to remember’ the summer of 1976 when the peak was 35.9°C and says ‘there was none of this malarkey’ then.

The publican added: ‘People would rather pay a fortune and go through all the palaver of going through their airport disruption instead of coming to sit on our roof terrace for nothing and enjoying some good, cool English beer.’

While Britain has experienced intense heatwaves before, the crushing temperatures of recent days would be ‘virtually impossible’ in this country without climate change, experts have warned.

The mercury rose to above 40°C for the first time in British history on Tuesday, leading to some independent venues making the decision to close all together.

UK snow: Britain to witness snow up to 50cm of snow as bone-chilling conditions return