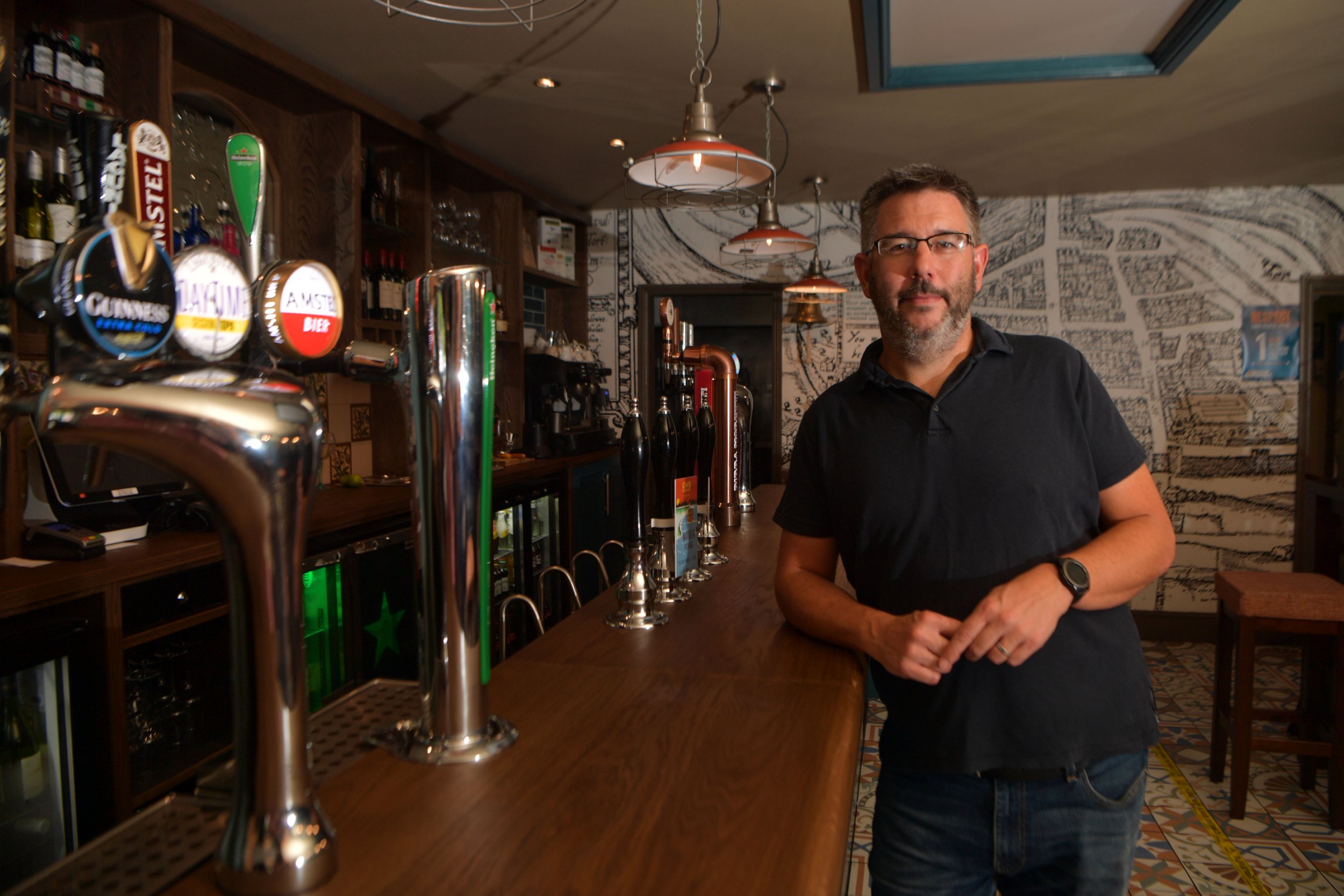 A pub landlord is facing heat from union leaders for turning away a rail workers’ Christmas party because the strikes have hit his business.

Andy Shaw, the owner of Bristol pub the Portwall Tavern, said his profits and staff have suffered from the ongoing scuffle over pay and working conditions.

So in retaliation to the strikers, who are fighting for a pay rise amid the cost of living crisis, Shaw turned down a local railway workers group’s Christmas party.

Bristol Rail Workers’ Social and Welfare Fund applied in August to book the pub by Bristol Temple Meads station for the festive party.

The committee, which supports Bristol railway workers across various unions, had booked the pub for the last five years.

Over email, Shaw asked the committee if their members had been involved in strikes against train operator Great Western Railway that serves Bristol.

When the committee confirmed this was the case, Shaw told BristolLive: ‘I wrote back a very polite email, saying that while I wished them well in their action and hoped it would be sorted soon, I couldn’t accept the booking.

‘It would be hypocritical of me to do so, given I’ve lost a lot of money because of this strike.

Saying he has ‘no opinon’ about the strikes, Shaw added that the committee did not respond to him turning them down.

The rail workers’ social fund committee ended up booking another space to host their Christmas social.

His pub, the motion said, is an ‘anti-worker establishment’.

The Associated Society of Locomotive Engineers and Firemen (ASLEF) filed the motion saying ‘trade unionists should avoid drinking here in both personal and professional capacities’.

‘ASLEF calls on Bristol Trades Council to encourage trade unionists to seek out independent, trade union-friendly pubs in Bristol, of which there are a significant number,’ the train drivers’ union’s motion read.

‘Given the current cost-of-living crisis which puts many pubs in danger of closure, it is more important now than it has been for a long time that we endeavour to support the establishments that share the aims and ideals of the trade union movement.’

There are many reasons why railway unions have called for industrial action, but pay is among the largest.

With inflation now at a 40-year-high of 11.1%, prices for everything from fuel to food have been soaring to stratospheric heights all while pay has barely changed.

This financial pain is being felt in the public sector especially, with the gap between it and private sector pay the largest it ever has been.

Many union officials have expressed fears that the consecutive Conservative government’s belt-tightening on public services have left many, such as healthcare and public transit, underfunded.

Upcoming strikes organised by the National Union of Rail, Maritime and Transport Workers (RMT) were launched against government officials and rail companies over pay, job cuts and changes to terms and conditions.

Railroad operator bosses have said they’re under pressure to keep costs down after the Covid-19 pandemic gutted their profit margins.

But prime minister Rishi Sunak has long said he will toughen Britain’s already rigid union laws and did not rule out banning emergency services from doing so.

Labour’s shadow justice secretary Steve Reed told Sky News earlier today: ‘It should just not be the case that in a country like this people cannot afford to make ends meet and what that has resulted in is a wave of industrial action from people who are angry and terrified about the future.’