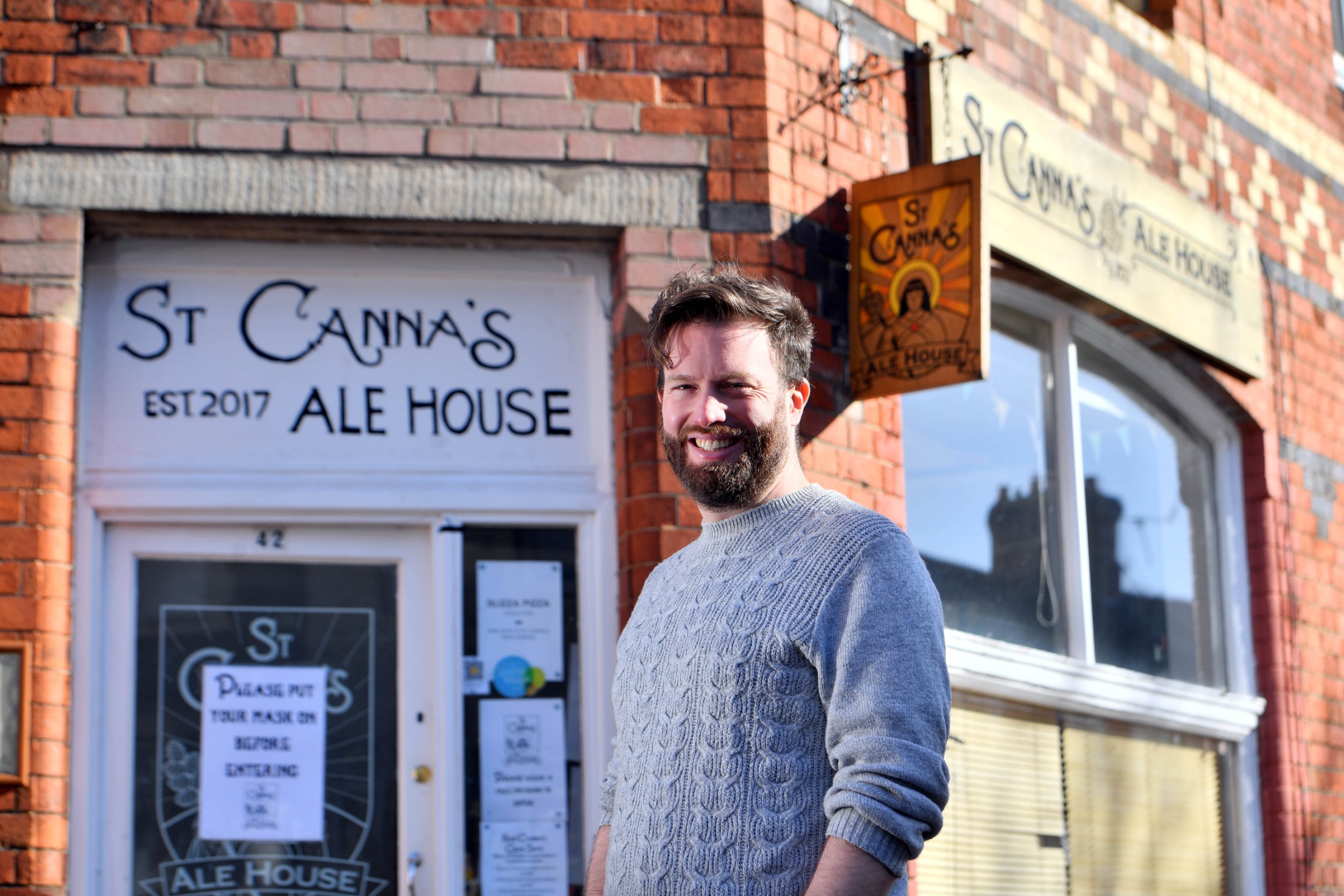 A pub landlord has apologised for stealing a customer’s phone number from the the Covid-19 Track and Trace system to send her a ‘creepy’ message.

James Karran, who owns St Canna’s Alehouse in Cardiff, has faced heavy criticism after it emerged he texted a woman who had shared her mobile with the pub like all other patrons.

In a text sent at 8.19pm on November 19, he said: ‘Just so you know you’ve got a super pretty face so you’re allowed to not wear a mask at the bar. Everyone else must wear one.’

But the following day, the customer’s partner sent the micropub owner a message accusing him of ‘absolutely awful behaviour’ and a data breach, Wales Online reports.

A post on Facebook said: ‘St. Canna’s Ale House thanks for deleting my review on your page. Last night my partner was a victim of GDPR breach.

‘She went into this establishment, filled out the Track and Trace without thinking anything of it.

‘She proceeded to order a drink at the bar, but the barman/owner James told her to remove the mask as he couldn’t hear her apparently, but only for this man to see what she looked like.

‘Then [he] took her details from the Track and Trace sheet and messaged her illegally. My partner then left the establishment as soon as she had this creepy text from the owner/manager.’

Mr Karran then apologised to the couple and pleaded with them to not take their complaint further, adding: ‘I promise this will not happen again’.

His actions sparked backlash on social media but the pub did not issue a statement on the incident and its ‘tarnished reputation’ until Friday morning.

The landlord committed to a series of initiatives, including supporting the charity Women’s Aid in 2022 and implementing ‘safer spaces’ policies.

‘What your customers and your community need now is really change.’

George Knights: Teenage murderer jailed after stabbing man in the head and trying to dissolve body in acid in Rochester, Kent

Prince Philip heartbreak: Why Duke may be sad to mark this milestone at Windsor Castle