More than two in three are convinced he will make a good monarch and a similar number support his idea to cut the number of working royals on the public payroll. The nationwide study also found that reducing the cost of the monarchy is the public’s second biggest priority for the new king, which fits with his plan to prune the monarchy back.

Other key findings in the Savanta ComRes poll including growing support for Camilla as Queen Consort and diminishing concern for the future of Harry and Meghan with only 5 percent thinking King Charles should make repairing his relationshp with the couple a priority.

Savanta ComRes found 63 percent of the public thought Charles III had had a good start to his reign and 69 percent think he will make a good King.

The survey asked whether or not they supported the King’s idea to slim down the monarchy to perhaps seven working royals – likely to be the King Queen, William and Kate, Anne, Edward and Sophie – from the current 11 and several more in the past. Some 65 percent backed the plan with seven percent oppose the idea. The rest did not express an opinion

What the new working Royal Family will look like was one of the key questions that the new King began to consider on Tuesday after he and Queen Camilla flew to Scotland to spend some time away from the spotlight during seven days of royal mourning for the late Queen.

Prince Harry and Meghan’s decision to quit and Prince Andrew’s forced departure in disgrace after a sex scandal have already cut the number of working royals but not in the way palace officials had anticipated.

For years, some senior courtiers had assumed that there would be no official role for Charles III’s siblings when he came to the throne but that may have changed now he no longer has his younger son and his Meghan undertaking official duties to support him.

Royal sources are convinced there will be no comeback for Andrew but the King may now welcome the support of Princess Anne, 72, and the Earl and Countess of Wessex, who at 58 and 57 still have years left to give. 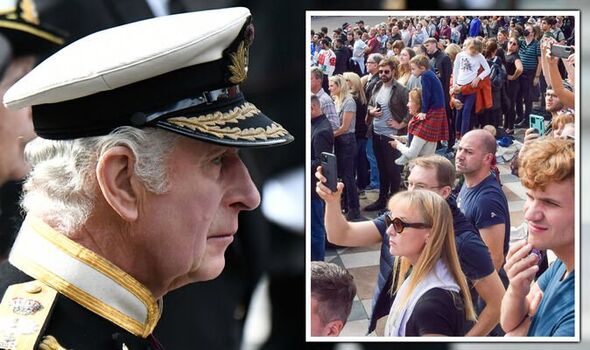 Royal families around Europe are slimming down to often only four or five people. It is unlikely there will be room to bring in any more members of the family, such as Princess Beatrice or Princess Eugenie, to undertake official duties.

Yet if the King is abroad with his wife or unwell, he may have to count on non-working members of his family to stand in for him under the provisions for appointing counsellors of state. Under the current law, two people from the first four adults in line to the throne and the monarch’s spouse can act as counsellors of state, which could involve asking Harry, Andrew, or Beatrice. He may have to ask the Government to update the Regency Act to ensure only working members of the family stand in for him.

The poll commissioned by the Daily Express found little support for bringing Harry and Meghan back.

Some 57 percent said they should not be allowed to become full-time members of the Royal Family again while living in the United States, with only 32 percent in favour.

In the list of priorities for the new King, building better relations with Harry and Meghan was second bottom with only ‘supporting the Church of England’ lower.

More important issues for the public included giving support to help the environment, cutting the cost of the monarchy, supporting the Prime Minister and Government, and protecting the Commonwealth. 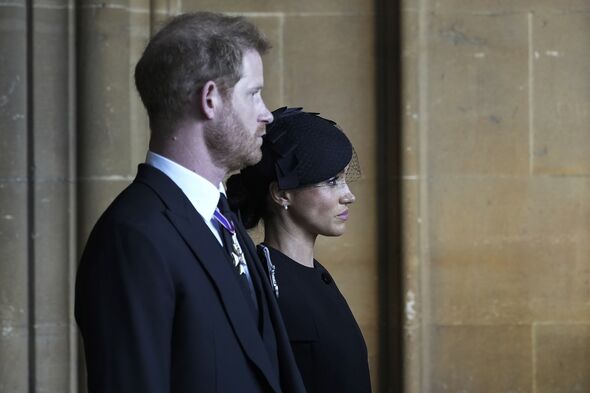 After a long controversy over whether she should be given the title of Queen when she insisted she did not want it, the British public appear to have warmed considerably to Camilla, the new Queen Consort.

Asked if she would make a good or bad Queen Consort, 58 percent said good and 22 percent bad.

Support for a constitutional monarchy stands at 66 percent, with 22 percent opposed, after the change of reign proved far smoother than many had predicted and the British public rallied to their new 73-year-old monarch.

‘Best of British’ coronation to match the 21st century

King Charles will use his coronation to launch his vision for a modern monarchy.

He is believed he wants to showcase the “best of Britain and the Commonwealth” in an inauguration fit for the 21st century, making it clear the event will be dramatically slimmed down from previous ceremonies.

Sources said any plans would also “be mindful” of the situation many Brits find themselves in with the cost-of-living crisis.

It is also believed the King also wishes to reflect the ethnic diversity of modern Britain by inviting a multi-denominational congregation to Westminster Abbey. The date is still to be set but a possible one is June 2, the 70th anniversary of the Queen’s coronation in 1953. There will be a bank holiday and a possible repeat of street parties staged for Her Majesty’s Platinum Jubilee.

Leah Cambridge inquest: Mum of three ‘may not have been aware’ of ‘bum lift’ risks