Responses to a public consultation on government proposals for dealing with the legacy of the Troubles in Northern Ireland are expected to be published later today.

The consultation, which took place over five months in 2018, attracted more than 17,000 responses, but the government has not yet decided how to proceed.

Sky News understands that the Northern Ireland Office will publish a summary of responses to the plan rather than a statement of government policy at this time. 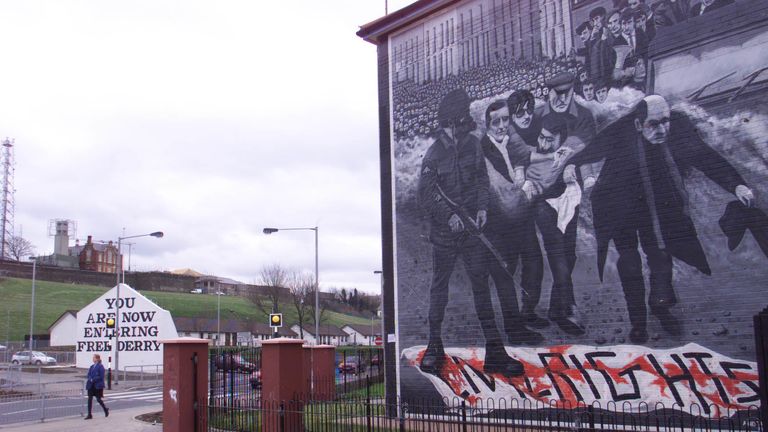 There were four parts to the consultation document with the draft Bill outlining plans for:

Some Conservatives have called for a statute of limitations to prevent the prosecution of military veterans who served in Northern Ireland but the consultation document makes no provision for one.

The Police Federation of Northern Ireland, representing thousands of rank and file officers, criticised the proposals as an attempt to equate paramilitaries with police officers. Campaigners for those killed by members of the security forces during the Troubles were equally sceptical when they published their 39-page response to the proposals.

Mark Thompson from ‘Relatives for Justice’ said: “Resorting to walls of silence, closing ranks, lack of corporate memory by any of the conflict actors or relying on national security as a smothering blanket is not the way forward.”

Irishman killed in 11-car-collision in Australia