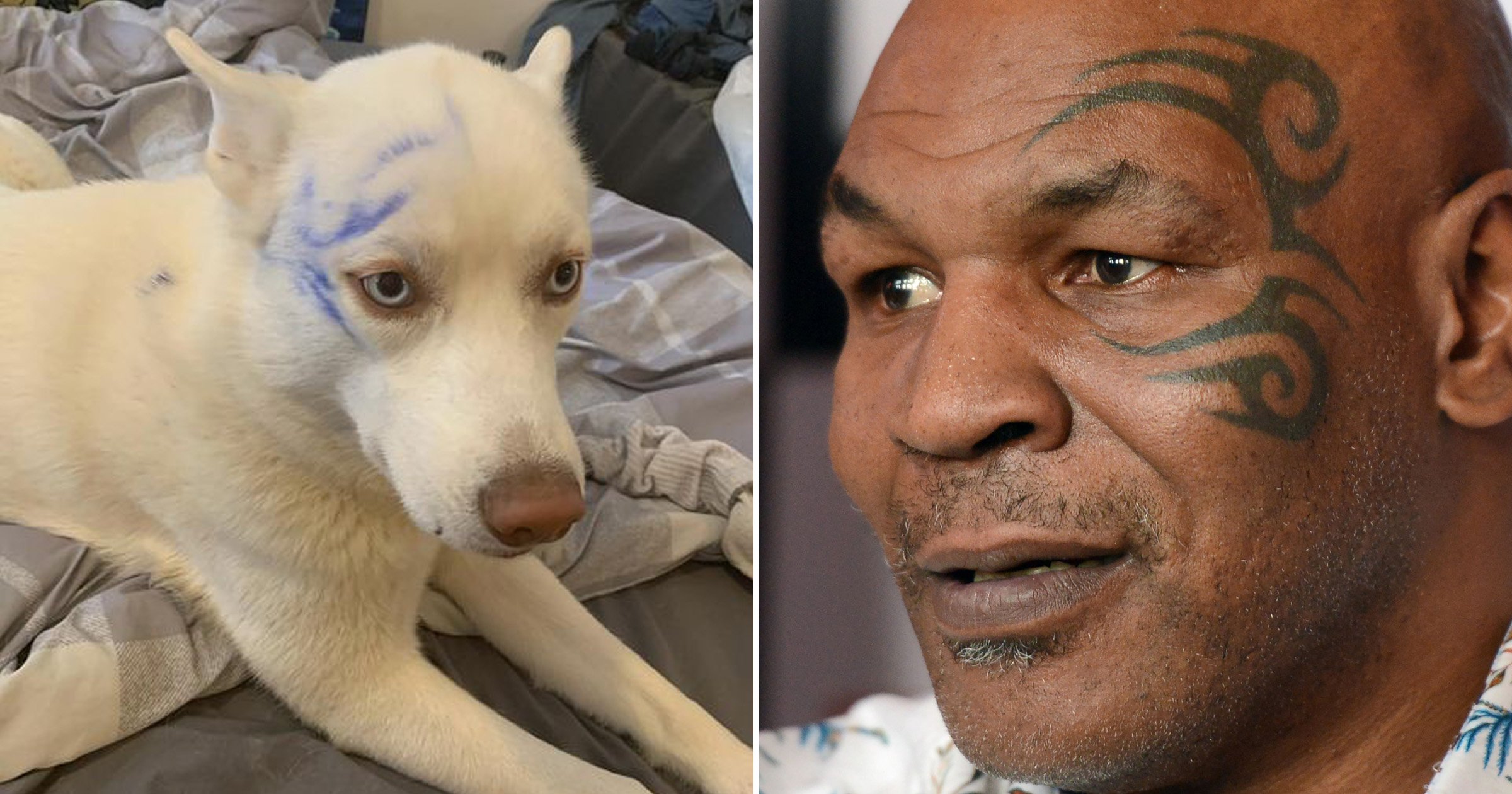 A puppy gave herself a Mike Tyson-style inking after chewing on a pen while her owners were out of the house.

Yuki’s mishap instantly reminded her owners of the world champion boxer’s tribal-style markings when they walked through the door.

Christi Dean shared the picture with Metro.co.uk after a picture of an angry-looking cat likened to England footballer Phil Foden went viral.

Christie, 38, said: ‘Yuki is a Covid pup and has severe separation anxiety so when my sister and her boyfriend went out she must have panicked and chewed on a pen. When they came home they found the pen and saw that Yuki had turned herself into Mike Tyson.

‘It was the first time they had left her alone to run an errand.

‘Fortunately Yuki was soon back to her lively self so it was a one-off and unlike Mike Tyson she won’t be keeping the body art.’

After a bit of grooming, the husky was back to lounging around on the sofa and looking up enthusiastically at her owners in the Bronx, not far from the Iron Mike’s birthplace in neighbouring Brooklyn.

She has bulked up since the picture was taken – but still looks a lot friendlier than Iron Mike in his knockout prime.

The picture drew comparisons with an intense look shown by the Manchester City star currently making waves for the Three Lions at the World Cup.

However Yuki can lay claim to having used improvised make-up to emulate a famous human.