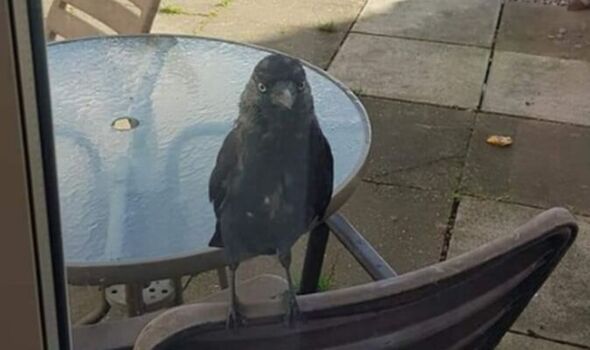 A mischievous black bird called Derek has been causing havoc in a village, with one resident claiming he attacked her children.

The young jackdaw, who has gained celebrity and cult hero status, is so well known in Rossington, South Yorkshire, that the local Facebook group has been inundated with posts about him going back as far as 2019.

However, in recent times, Derek has become a nuisance and an utter menace, according to Yorkshire Live.

A local mum, who said Derek had attacked her children and left her entire family petrified, wrote: “It comes to something when kids can’t even go into their own garden without being petrified because of that bird, Derek, dive bombing them and trying to attack them, so to whoever owns the horrible thing…

“If you want to try to domesticate a bird like that, then keep it at home because if it hurts my kids, there will be hell to pay and I don’t care who that offends.

“The thing is a menace, attacking kids in school playgrounds, on the street, in their own gardens.

“If it was any other animal, it would have been put to sleep following the first attack on a child.”

In another post by a Rossington resident, he says he witnessed Derek attack a child in the street and was forced to intervene.

He described Derek as “pure evil” and said: “Is this the horrible thing that was attacking a young boy a few weeks ago opposite the baths?

“I had to stop my car in the middle of the road to help him. That thing was pure evil.”

However, Derek has some defenders, and chief among them are parents, who say Derek has an amazing relationship with the local children, who often feed him snacks and other things.

One mum said: “He landed on my son a few years ago when he was walking to the bus stop. I think he just wanted a piggyback.”

Another mum said: “My daughter has told me a few times that Derek has caused all the kids to go inside at playtime at school. She said most of the kids love him.”

Another user pleaded with people to leave Derek alone, saying he meant no harm.

They said: “Poor Derek. I know the bird, but please leave it alone. It means no harm. Many thanks.”

Derek’s legacy seems to be dividing opinions, even among family members.

She said: “Derek was a regular in our garden. My young son hates him because he scratched his face. My daughter loves him. During lockdown, he sat on her arm for well over an hour.”