Home » Europe » ‘Put Britain first!’ UK should NOT hand over Covid vaccines despite WHO plea

The UK is currently delivering one of the world’s most efficient vaccination programmes with more nine million people receiving their first dose. The success of the rollout in the UK has highlighted major flaws in programmes around the world, including in Europe, where the EU has been embroiled in a major row with AstraZeneca over supplies to the continent.

On Sunday, the WHO urged the UK Government to pause its vaccination programme after protecting the most vulnerable groups to help the global fight.

In response, Cabinet Minister Liz Truss reiterated the UK’s top priority was to vaccinate the most vulnerable people by mid-February.

Ms Truss also acknowledged the vaccine rollout is a “global programme”, but insisted it was “too early to say” how UK vaccines would be distributed.

A subsequent poll of almost 4,000 Express.co.uk readers has found the overwhelming majority believe the UK should keep hold of its vaccines. 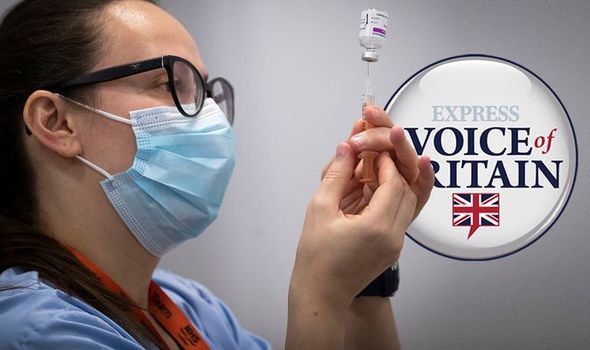 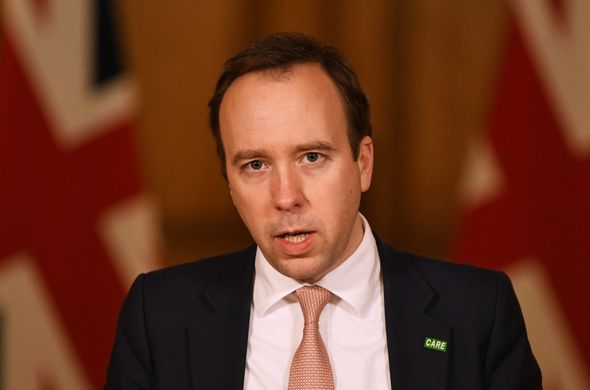 The survey conducted on Monday February 1 from 1.03pm to 9.30pm, asked 3,942 Express.co.uk readers, ‘should the UK give its vaccine away after most vulnerable get jabs?’

A huge 91 percent (3,617) of readers believe the UK should not give away its supply of vaccines and voted “no”.

Just seven percent (257) of readers thought the UK should redistribute its supply and voted “yes”.

A number of passionate Express.co.uk readers let their feelings known in the comments section of the poll. 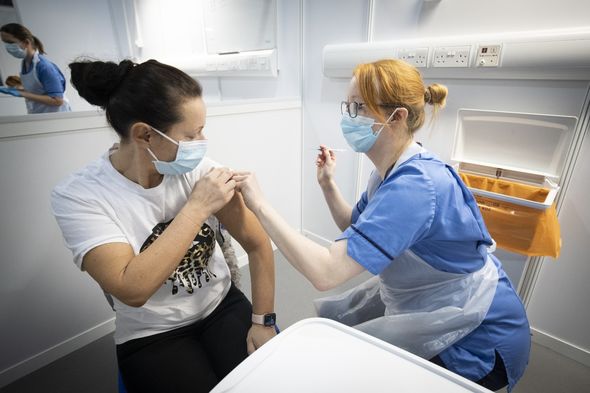 One reader wrote: “We are always first in line to help other countries in crisis. This time we need to put our country first, then we can help poor countries to vaccinate their people.”

A second said: “No, not until all of our population has been vaccinated. Anything else is madness.”

A third commented: “The jab will be needed annually so the UK needs to focus on next year’s UK jabs when this years’ are completed.”

Meanwhile, a fourth added: “Well if the WHO is that concerned let’s see them dip into their own money and buy some.”

The Government has set a target of mid-February to vaccinate the top four priority groups as outlined by the Joint Committee on Vaccination and Immunisation (JCVI). 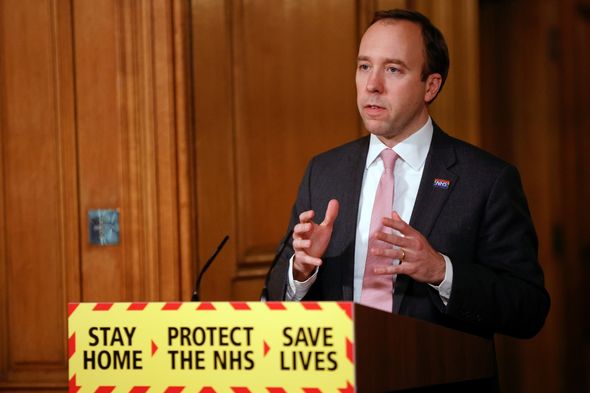 The first to receive their jabs were residents in care homes and care staff.

Those aged 80 and over, as well as frontline and social care workers were next in line for the jab.

The over 75s, over 70s and the clinically extremely vulnerable made up the top four on the list.

Speaking to the BBC at the weekend, WHO spokeswoman Margaret Harris said: “We’re asking all countries in those circumstances to do that: ‘hang on, wait for those other groups’.

“We’ll also appeal to all the people of the UK, you can wait. We’re asking countries, once you’ve got those high risk and health care worker groups, please ensure that the supply you’ve got access to is provided for others.

Speaking at a Downing Street briefing on Monday evening, Health Secretary Matt Hancock said the UK will be “generous around the world” with its vaccine supplies while ensuring its population is protected.

Mr Hancock confirmed the UK currently has 400 million doses of vaccine on order and that 9.2 million people across the country had now received jabs.

He added nine in 10 of all those aged over 80 had been vaccinated, with over half of those in their 70s receiving their first jab. 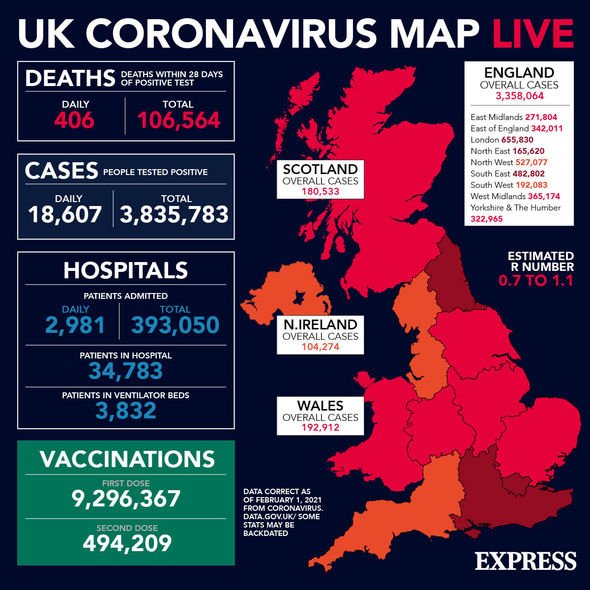 Mr Hancock did acknowledge the number of vaccines on order was “obviously more than the UK population needs”.

He added: “My attitude has always been we protect every UK citizen as fast as we can and at the same time we’re generous around the world.

“I want to say this to our international partners: of course I’m delighted about how well this is going at home but I believe that fundamentally the vaccine rollout is a global effort.”