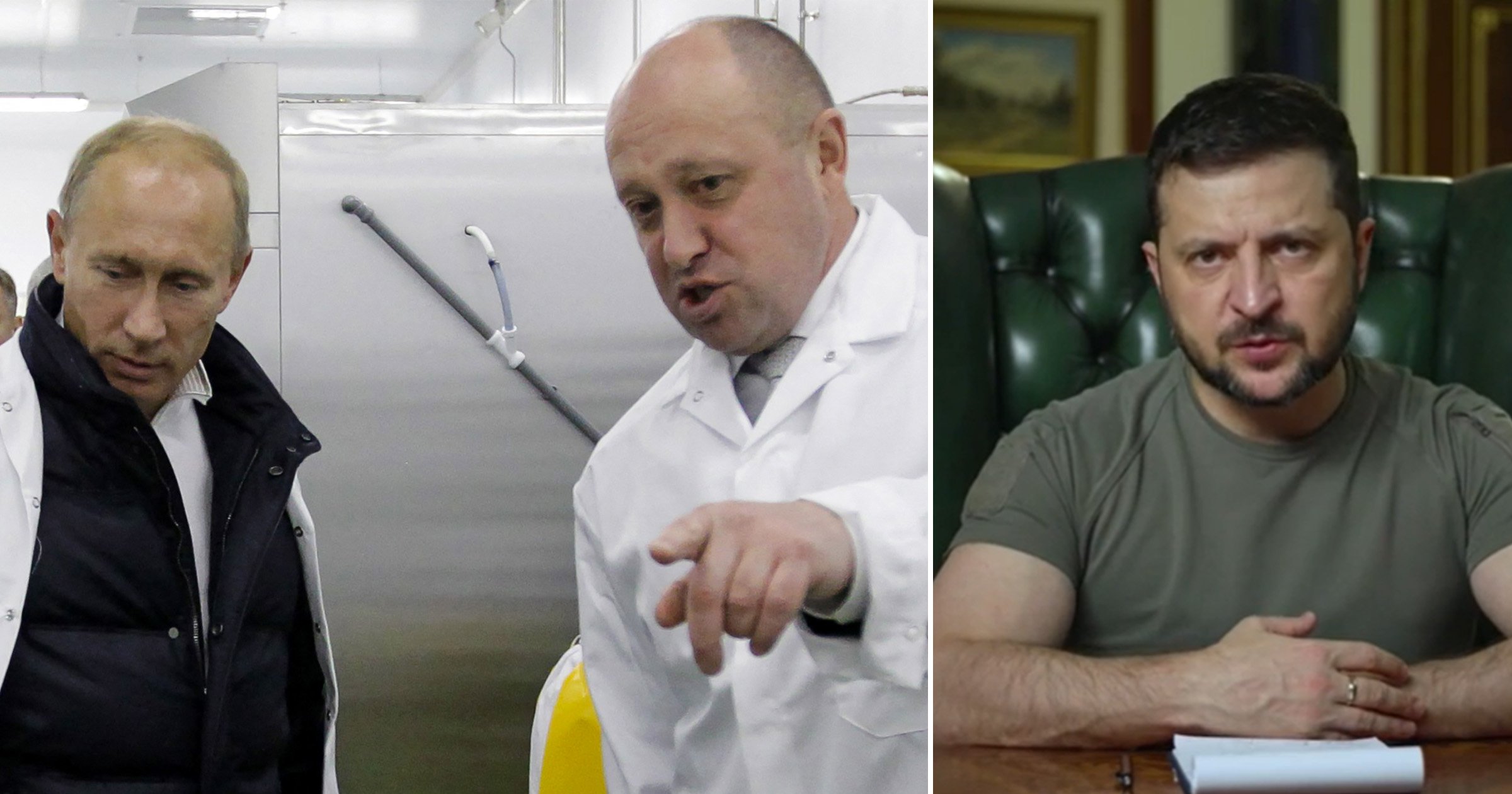 A close ally of Vladimir Putin has admitted what the Russian leader is too weak to: that Volodymyr Zelensky is strong.

Yevgeny Prigozhin, the man behind the Wagner Group private army, said it would be wrong for the Kremlin to underestimate the president.

Kremlin-linked propaganda sources have sought to discredit the Ukrainian president since he took office in 2019, including by pushing smears that he uses drugs or is a neo-Nazi.

While Moscow has publicly belittled the man who thwarted his ambitions of a crushing military victory, Mr Prigozhin has conceded that the caricature presented to the Russian public is false.

In a lengthy statement released via his business, he said: ‘Although he is the president of a country hostile to Russia at the moment, Zelensky is a strong, confident, pragmatic and nice guy.’

He added in a later post: ‘To become stronger, to win, you need to treat the opponent with respect. Don’t underestimate him.

‘Always look for flaws in yourself, and see what’s good and important that can be learned from the experience of the enemy.’

Intelligence gathered by Western spies has revealed the extent to which the Russian president and his inner circle were taken in by the fantasy that Ukraine’s leadership would crumble days into the invasion.

The Kremlin expected to have captured the capital and seized control of its government in a matter of days with huge popular support.

Instead, Mr Zelensky galvanised the nation by refusing to leave Kyiv despite gangs of hitmen tasked with assassinating him infiltrating the city.

The former actor has secured economic and military support, oversaw pivotal victories on the battlefield and has become a symbol of Ukraine’s resistance.

Mr Prigozhin’s comments have fuelled speculation that he is positioning himself in the event that Mr Putin’s grip on power unravels as the war wears on towards its tenth month.

As a younger man he spent nine years in prison for robbery and fraud before starting a catering business which expanded rapidly thanks to exorbitant government contracts, earning him the nickname ‘Putin’s chef’.

The 61-year old has also been linked to online ‘troll factories’ and is wanted by authorities in the US for alleged interference in American elections.

After years of denying he was the leader of the Wagner Group, Mr Prighozhin finally admitted it last month.

The mercenary army was founded to fight in Donetsk when the war began in 2014 and has also participated in civil wars in Syria and Libya, several African conflicts and reportedly in Venezuela.

Western governments and analysts say the group has deep ties with Russia’s intelligence and military operations and, though it operates as a private company, is closely aligned with the Kremlin’s strategic aims.

It has an opaque structure whereby it doesn’t appear to legally exist in any conventional form and the exact nature of its funding is unknown.

Whereas most of Mr Putin’s cronies are afraid to speak out of turn, Mr Prigozhin has openly criticised Russian military leaders for failures on the ground in Ukraine.

The billionaire is increasingly stepping out of Mr Putin’s shadow and is seen by some on Russia’s authoritarian right as a successor or even challenger.

An update from the British Ministry of Defence said earlier this week: ‘In the last two months, Priozhin has abandoned any pretence that he is not associated with Wagner and has been more explicit in his public statements.

‘He is likely trying to burnish his credibility with the stressed Russian national security system.’