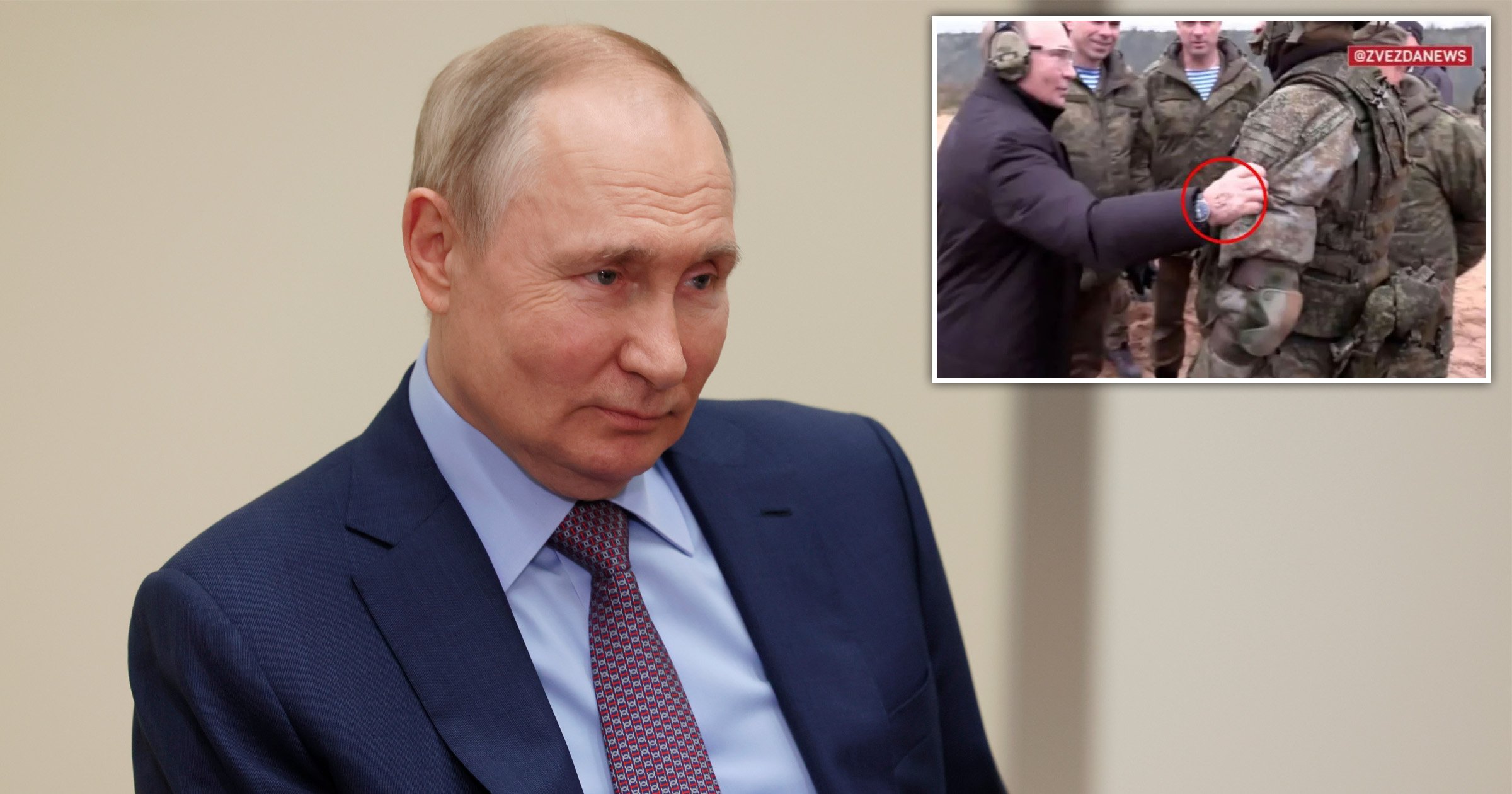 The Russian president has been plagued by rumours of his supposed ill-health for months, with clips from public appearances variously seeming to show him trembling, twitching, or looking unsteady.

Other unverified reports have suggested the 70-year-old is followed around by a team of doctors who carefully monitor him around the clock. All have been rubbished by the Kremlin.

Now, emails from a Russian intelligence source allegedly ‘confirm he has been diagnosed with early stage Parkinson’s disease, but it’s already progressing’.

The messages, seen by The Sun, go on: ‘This fact will be denied in every possible way and hidden.

‘Putin is regularly stuffed with all kinds of heavy steroids and innovative painkilling injections to stop the spread of pancreatic cancer he was already diagnosed with.’

The source states that the treatments cause ‘a lot of pain’ and leave the tyrant with ‘puffiness of the face and other side effects – including memory lapses’.

They add that within Putin’s ‘close circle there are rumours’ he also has prostate cancer.

The tyrant was recently pictured with what looked like track marks from an IV on the back of his hand, further fuelling speculation about his health.

Putin’s health has been the subject of intense speculation since he launched his invasion, with his noticeably puffy face said to be caused by using steroids to treat cancer.

Various video clips have shown him walking with a limp, trembling uncontrollably and gripping the sides of a table during meetings.

Kremlin insiders claimed Putin needed ‘urgent medical assistance’ after being struck down by a ‘sharp sickness’ following a video call with military chiefs in June.

And in September, a televised speech was allegedly pushed back by more than 12 hours after he started suffering from ‘chest pains’, according to sources.

It has even been claimed body doubles are prepared to stand in for the tyrant at certain events.