Vladimir Putin lashed out at Queen Elizabeth II in an act of bitter revenge by releasing a fake video that sought to tarnish and discredit the memory of the deceased British monarch. The much loved and respected British sovereign passed away on Thursday, September 8, having reigned for 70 glorious years. Her death has led to a period of national mourning, which will culminate with her funeral service at Westminster Abbey on Monday.

Tens of thousands of Brits have travelled down to London to pay their last respects to the Queen, as she lies in state.

Leaders from all corners of the globe will attend the state funeral, as they bid farewell to Britain’s cherished sovereign.

However, conspicuous by his absence will be the Russians President who has not been invited to the solemn and historic event.

And it appears that Britain’s decision to exclude Putin from the list of VIP guests has not gone down well with the Kremlin despot.

Russian propagandists released a fake video purporting to show the Queen throwing food to African children during a visit to the continent.

The kids can be seen scrambling to pick up the scraps as the monarch, dressed in white, watches on. 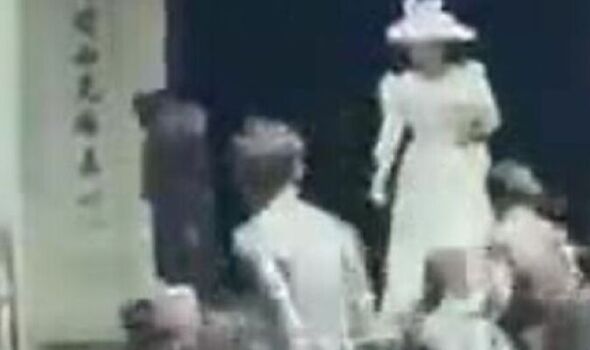 The clip was shown on a programme hosted by the Russian TV presenter Olga Skabeeva.

She said: “To understand what Queen Elizabeth was like. This footage shows the Queen in her younger years.

“And this is how she gave food to the children of the enslaved people in Africa.

“Just look at that kindness. As though they were animals in a zoo.”

She added: “This video embodies the way the West and Anglo Saxons behave towards everyone else in the world.”

Social media sleuths were quick to point out that the footage was filmed by the famous Lumière brothers at least two decades before the Queen was born. 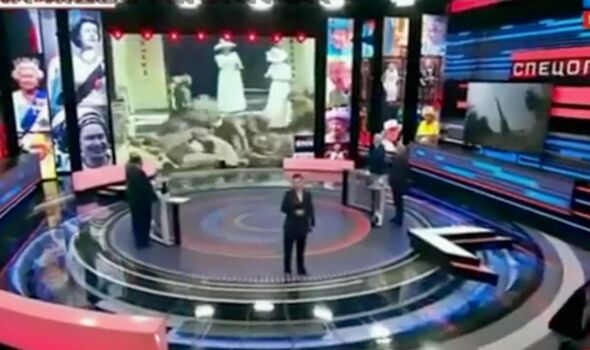 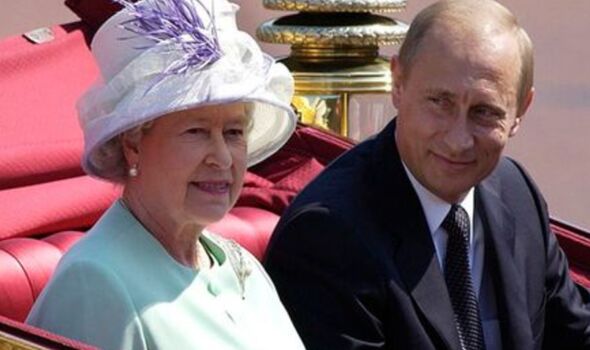 Fake History Hunter wrote: “That’s not ‘the Queen’ and those are not African children.

“These are two French women in French Indochina (now Vietnam) at least two decades before Elizabeth II was even born.

“They’re also not throwing food but little coins on a string.”

Many believed the release of the video was evidence that Putin’s ego had been wounded by the funeral snub.

@KopalniaWiedzy wrote: “I think it’s their revenge for not inviting Putin for funeral.”

The Kremlin reacted with fury after learning that no invitation to the funeral had been extended to the Russian President. 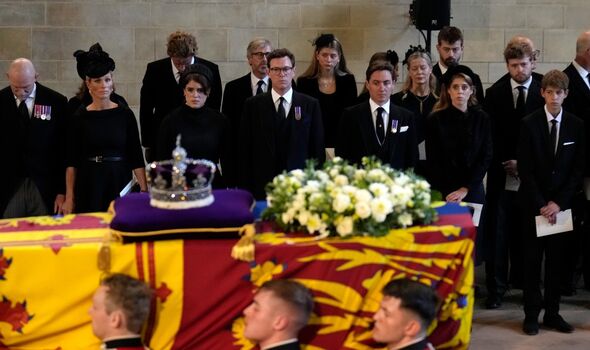 Russia’s Foreign Ministry condemned London for what it called a “deeply immoral” use of a national tragedy for geopolitical goals.

In a statement published on its website on Thursday, the Foreign Ministry accused Britain of “making divisive statements in furtherance of its opportunistic aims.”

Putin was the first international leader to congratulate King Charles III on his accession to the throne.

In a letter dated September 10, he wrote: “Please accept my sincere congratulations on Your Accession to the throne.

“I wish Your Majesty success, good health and all the best.”